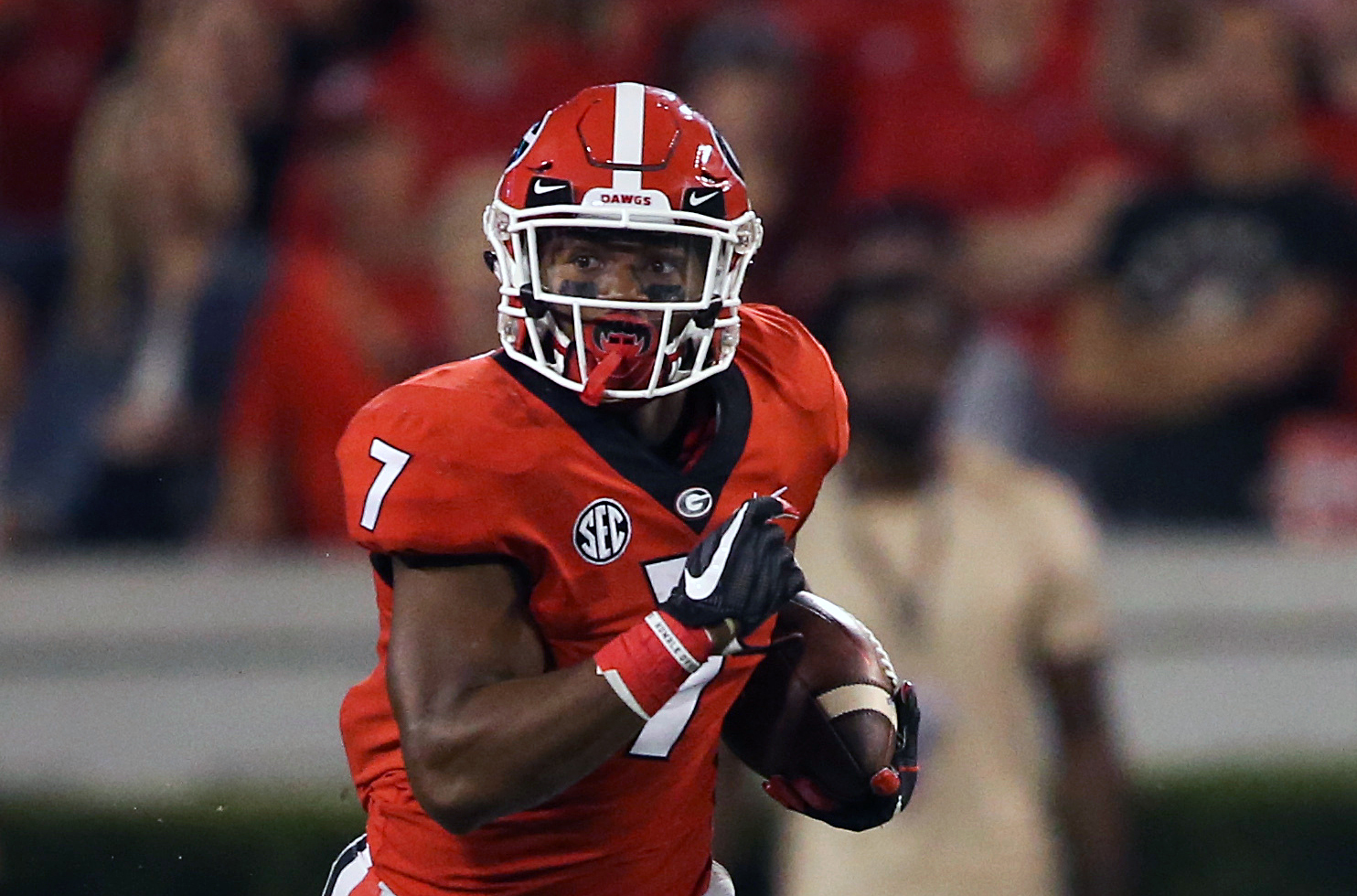 
In honor of Halloween and the release of last night’s initial 2018 College Football Playoff rankings, it’s time to play “trick” or “treat” for the teams ranked in the top ten. A “trick” or a “treat” is determined by whether the team is a legitimate threat to win the national title. Of course, any of these teams could go on a run and win it all, so feel free to share your thoughts below. Please note that just because a team is classified as a “trick” doesn’t mean they’re a bad team or bad program. The cutoff to make it as a “treat” is tough—there are six of them.

I’m not sure how much candy the Crimson Tide players are eating, but the squad is obviously a Treat. They’ve only played eight games and haven’t even played (or gotten to) the SEC Championship yet, but this might end up being Nick Saban’s best team. Alabama is the favorite to hoist another national championship trophy.

Even those that had been hard on Dabo Swinney’s team over the years for whatever reason cannot deny that Clemson has become a powerhouse that’s a good bet to be in the Playoff every year. The Tigers are most definitely a Treat, and they probably have the best chance of any team to make the Playoff this season, given their upcoming schedule compared to Alabama’s.

It’ll probably take a win this Saturday night to remain a Treat, but LSU has shown are no Trick with wins over Georgia, Mississippi State, and Auburn when Auburn was still highly-ranked. There’s a reason the committee put them at No. 3 in the rankings. Joe Burrow is probably the key for the Tigers this weekend and beyond.

Again, this is based off legitimacy as a title contender. If it was based off chances of making the College Football Playoff, Notre Dame would be a Treat. They should finish the regular season undefeated and might then end up getting the nod as one of the four teams in the playoff field, but do they really have a good chance of knocking off teams like Alabama, Clemson, LSU, and Georgia in consecutive games? Notre Dame is a Trick.

While Michigan suffered a home loss to Notre Dame to open the season, they are still considered a Treat over the Fighting Irish. Defense is the main reason why the Wolverines are a Treat, as the unit is allowing just 220.0 total yards per game and 3.71 yards per play, leading the nation in both categories. And transfer quarterback Shea Patterson has settled in since that opening game; Michigan would probably be favored in a second matchup with Notre Dame.

They lost to LSU on the road, but if you were to line up every team in the nation, there’s a legit argument for Georgia being right up there with Alabama and Clemson at the top. Quarterback Jake Fromm played free in a great win in the Florida-Georgia game, and the Bulldogs will be tough to beat if their leader is on his game. Georgia is without question a Treat.

The Sooners are right up in the Playoff discussion despite their loss to Texas a few weeks ago, but they are a Trick because of the defense. It’s gotten better since the Texas loss, but it’ll probably struggle matched up against teams like Alabama and Clemson. Like Notre Dame, they might make the Playoff, but they are a Trick as a legit title contender—despite Kyler Murray and the electric offense.

This was a tough one, as Washington State has been better than many people think on defense, and Mike Leach’s offense can put up points with graduate transfer Gardner Minshew leading the way. However, the Cougars might not even make the Playoff because of the conference they play in; and even if they make it, topping the likes of Alabama will be difficult.

Kentucky immediately has a chance to prove their Trick designation wrong this Saturday when they take on Georgia. You have to admire the fight the Wildcats showed in their comeback victory last week against Missouri, and they should not be counted out. But they probably don’t have quite enough firepower to take out top-tier teams in consecutive games this winter.

Urban Meyer’s team needs to get some things figured out and had the bye week to do so, but they do have the firepower to make a run if everything is clicking. The Buckeyes are not a team that would be taken lightly in a Playoff, as they have plenty of talent on both sides of the ball with one of the nation’s best coaches leading them. Ohio State is a Treat as they look to climb up from the No. 10 ranking and into the top four.