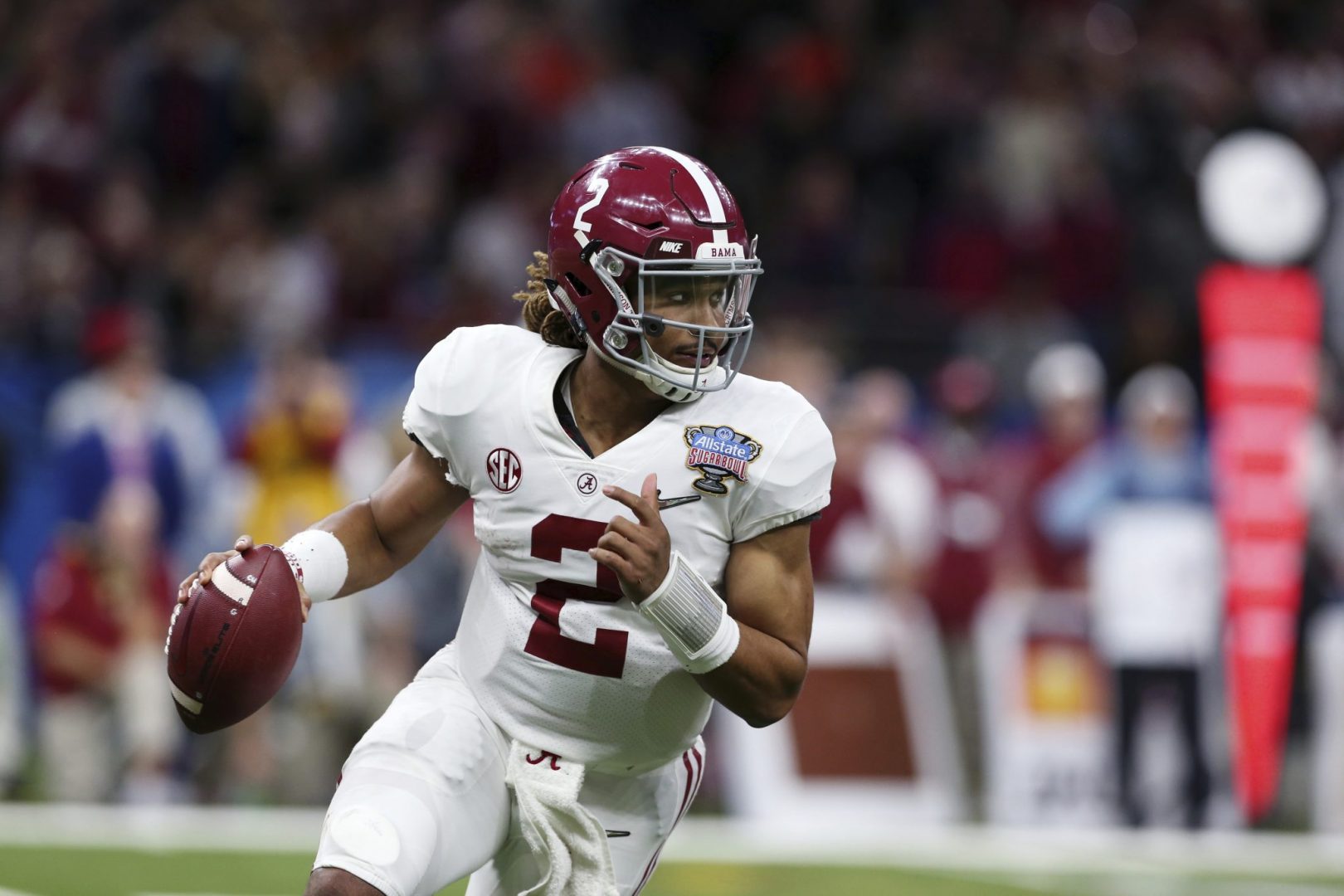 
With spring practices done and the college football offseason in a bit of a lull, we’ll be counting down the top 25 Heisman Trophy candidates for 2018. Of course, guys that are not included in this countdown could also win the award, but these are our favorites as of now.

The countdown starts with a player that all college football fans are familiar with: Jalen Hurts.

As a very young true freshman and true sophomore over the last two seasons for the Crimson Tide, Jalen Hurts has been one of the better players in college football. He’s had 40 passing touchdowns compared to just ten interceptions—including 17 passing touchdowns with just one interception last season—while also adding 21 touchdowns on the ground. If Hurts wins the starting quarterback job for Alabama, he would have a lot of talent surrounding him and could potentially take a big leap forward statistically. A boost in numbers while keeping high efficiency could potentially make Hurts the favorite.

Hurts is only at No. 25 on the list because he might not even be at Alabama this season. Tua Tagovailoa, who came in and lit it up in the national championship against Georgia, might end up being the team’s primary option at quarterback. Given Hurts’ success and confidence, he might decide it would be better to just move on. Alabama would hopefully allow Hurts to play for another school right away with a waiver, in which case he could still end up in the Heisman race. The worst-case scenario for Hurts’ Heisman chances is if he splits time with Tagovailoa at Bama, as there wouldn’t be enough opportunities to put up numbers. It would, however, likely be his best chance at winning another national title.

Hurts needs to win the Alabama starting job and play so well that Nick Saban doesn’t want to take him off the field. Alabama needs to win the SEC or make the College Football Playoff, with Hurts putting up bigger numbers while remaining an efficient playmaking quarterback. If he leaves Alabama, Hurts could compete for the Heisman by going to a school with a new and exciting coach like UCLA or Nebraska.