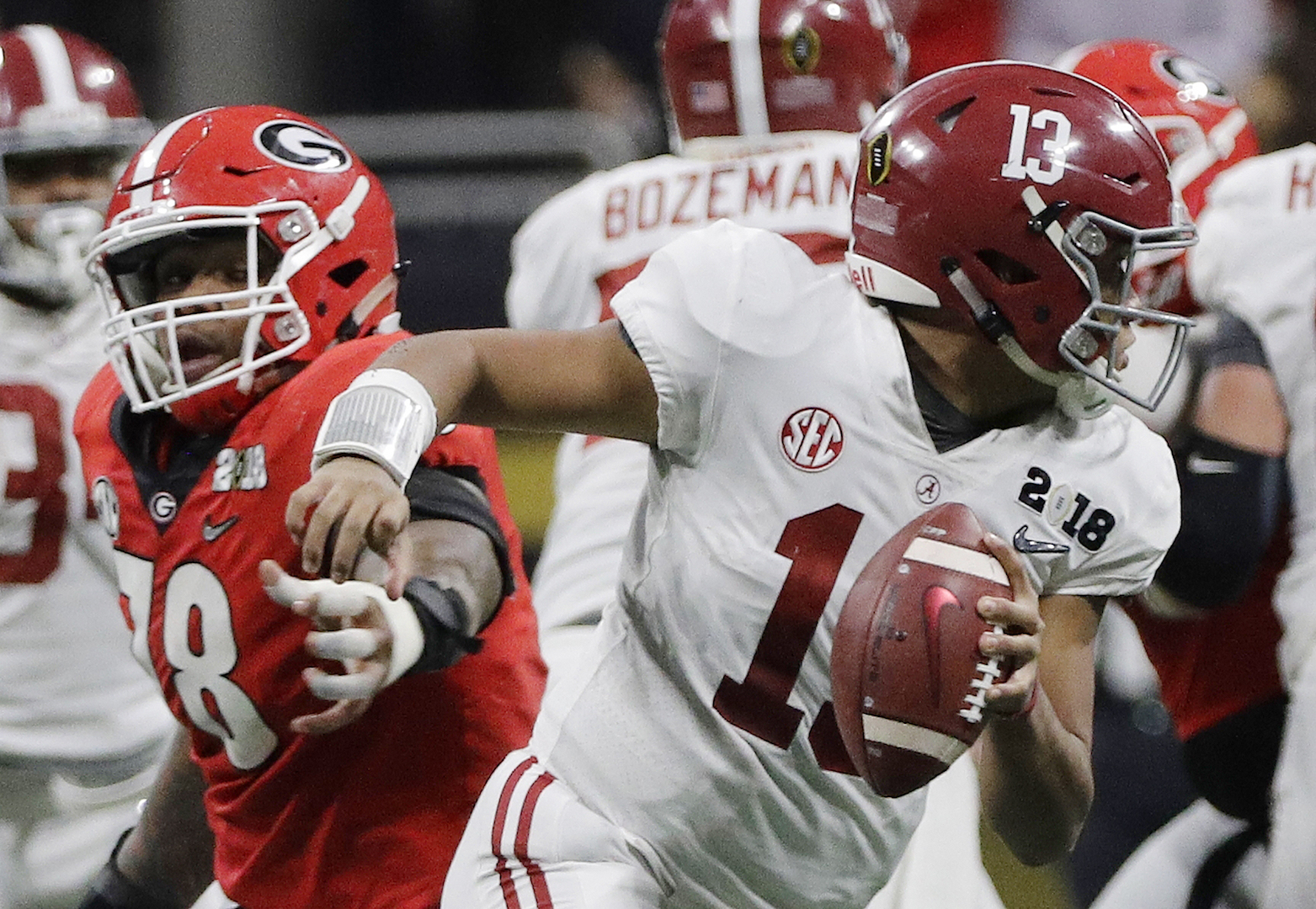 
Clemson topped the Coaches Poll and the AP Poll, and they also top our preseason college football power rankings.

Clemson loses a senior class that was 55-4 with four conference championships and two national championships, but the team might still be even stronger than they were last season. Phenom quarterback Trevor Lawrence immediately stepped into college football as a superstar, and he’ll now have a year of experience and an offseason in which he worked as the clear starter for the Tigers. Stacked with talent, Clemson should be in the College Football Playoff as the No. 1 or No. 2 team for a fifth consecutive year.

The result of last season’s CFB Playoff National Championship Game was no doubt a motivating factor during Alabama’s offseason, and the team will be as determined as ever to get back to that final game and win it in January 2020. The Crimson Tide are the only program to make all five College Football Playoffs since the format’s inception, and with elite talent on both sides of the ball, Tua Tagovailoa at quarterback, and Nick Saban at head coach, they are a great bet to get back there again this season.

Alabama isn’t the only team with a bad taste in their mouth from the end of last season, as Georgia had the SEC foe on the ropes in the conference title game before narrowly missing out on the Playoffs and losing a sluggish Sugar Bowl to Texas. While the Bulldogs again lost talented players to the NFL, they’re basically in the same spot as Alabama and Clemson in that they’ll keep rotating in new players ready to contribute at a high level, leading to sustained success. Quarterback Jake Fromm is the nation’s most undervalued star and plays at his best in key moments.

After last season, the Sooners looked like they might start this season in the bottom half of the top ten with the loss of a second consecutive Heisman Trophy winner to the NFL. But they had a major coup by getting former Alabama quarterback Jalen Hurts as a transfer, which should keep Lincoln Riley’s offense humming in the Big 12. Hurts was 26-2 as a starter and was the SEC Offensive Player of the Year as a true freshman at Alabama, so he immediately steps into the door commanding respect from his new teammates. All-American receiver CeeDee Lamb headlines the weapons Hurts has to work with on offense.

Led by preseason All-Americans Grant Delpit and Kristian Fulton in the secondary, LSU boasts a very fast, phenomenal defense that should help keep them in every game. Joe Burrows showed flashes of brilliance as the Tigers’ starting quarterback last season, and he should be more confident in 2019 for an attack that might spread things out more. Their second game of the season at Texas will be a huge test that will almost certainly keep or vault whichever team wins into the top five.

As head coach Tom Herman enters his third season leading Texas, the program has elite upside to win their conference and make noise in the College Football Playoff. The Longhorns must replace several starters from last year’s defense, but the offense will be ready to go with dual-threat quarterback Sam Ehlinger showing improvement as a passer last season.

As usual, the Buckeyes are loaded with talent all over the field, but their success as a team will likely come down to the play of highly touted five-star transfer quarterback Justin Fields. The former Georgia Bulldog was granted 2019 eligibility despite transferring after one season, and he was considered by many to be the country’s top high school recruit even over Trevor Lawrence. If Fields matches expectations, Ohio State will remain a major factor in Ryan Day’s first season taking over for Urban Meyer.

There’s going to be a lot of noise about Jim Harbaugh’s teams not being able to win the most important games until they actually do it consistently, and many people expected them to at least win a conference title entering his fifth season at the helm. The Wolverines are going to open their offense up more in 2019, but the defense getting back on track after struggling in the final two games of last season might be the bigger concern.

Florida had an up and down season last year, but overall it was a very good first season for Dan Mullen leading the program. If the Gators can get more consistent in 2019, they have the talent to make it a game against any team in the nation. There’s a lot of optimism around quarterback Feleipe Franks entering the year, and maintaining stability from week to week will be critical while facing tough SEC defenses.

Oregon and Washington are a couple of the schools that were close to the No. 10 spot, but Texas A&M led by head coach Jimbo Fisher and quarterback Kellen Mond get the nod. The Aggies offense was on-fire to end last season, with point totals of 38, 41, 74 (in the seven-overtime thriller versus LSU), and 52 to end the year. They shouldn’t be counted out as serious title contenders in 2019, but they’ll have an extremely difficult test facing Clemson on September 7.