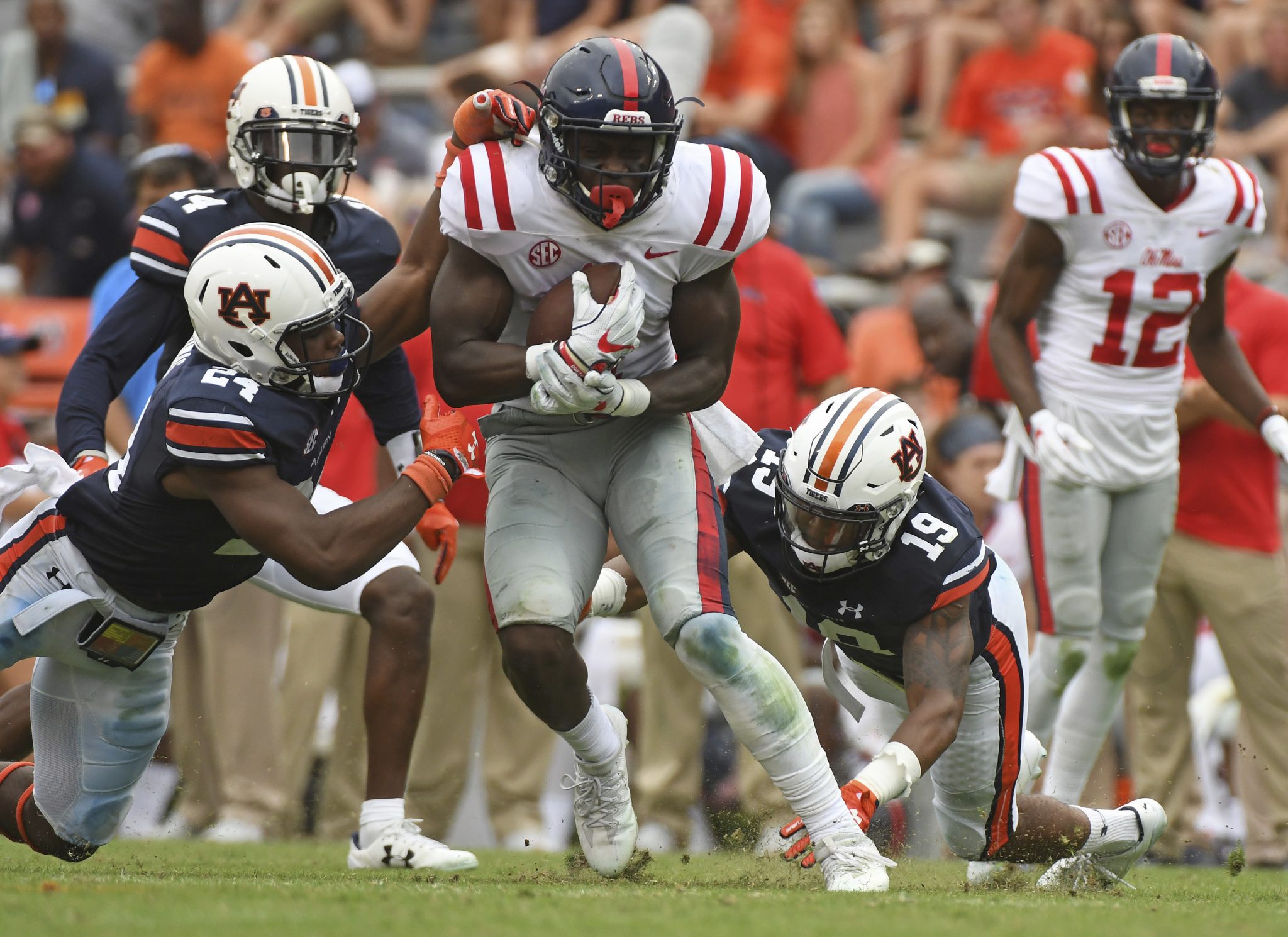 
The 2019 college football season officially kicks off with four matchups tomorrow, and while no big-time programs will hit the field this weekend, it will be great to have some games that count. Throughout the fall, there will be hundreds of NFL Draft hopefuls to keep an eye on, and these are the ten that I’m most looking forward to watching.

As you may already know, there is another Josh Allen in the 2019 draft class, but he plays linebacker instead of quarterback. The SEC playmaker has recorded 7.0 sacks in each of the past two seasons, and I think he would have been a first-round pick if he decided to leave Kentucky after his junior year because of his all-around upside as a tackler, pass-rusher, and cover linebacker. Last year, Allen was able to intercept the potential No. 1 pick in the 2020 NFL Draft, Georgia quarterback Jake Fromm, on the first drive of the game, but the Wildcats ended up getting blown out; we’ll see if things are different this year.

The younger brother of Joey Bosa is widely-regarded as the top prospect in the nation, and he could be the first name off the board next year if no quarterback emerges as a consensus No. 1 guy. Bosa had 16.0 tackles for loss and 8.5 sacks last season, and the Buckeyes are counting on him to lead their team with J.T. Barrett gone. A Heisman campaign is a real possibility if Ohio State makes the College Football Playoff despite Urban Meyer being suspended for the first three games of the season.

Perhaps my favorite prospect in the nation right now, A.J. Brown is coming off a 75/1,252/11 line for Ole Miss, and I think he’s the total package at wide receiver. Brown can play inside or outside and has the ideal blend of size, speed, toughness, and natural receiving skills to establish himself as one of the best players in college football and a potential top-five pick in the 2018 NFL Draft. I’m pumped to see him face off against the stingy corners in the conference.

In my very early look at the top 25 prospects for the 2019 NFL Draft earlier this year, I mentioned that Damien Harris reminds me of former Heisman winner Mark Ingram. The current Bama runner has yet to receive 150 carries in a season, but he’s reached 1,000 yards in each of the past two years while rushing for 7.1 yards per carry in 2016 and 7.4 yards per carry in 2017. This season, Harris could earn a monster workload after being loyal and returning to school, so I’m excited to see what he does as a senior.

He wasn’t a high-volume pass-catcher last year for Iowa, but Noah Fant averaged 17.4 yards per reception and caught 11 touchdowns on just 30 grabs—good for a 36.8% scoring rate. Fant has the prototypical game of a new-age tight end, as he is too big and strong for cornerbacks, too fast for linebackers, and too skilled for safeties. Hopefully the coaching staff gets him more involved this year, but he doesn’t need to put up huge numbers to be a Day 1 pick.

Jaquan Johnson is a heat-seeking missile on the back end of Miami’s defense, and he did it all for the Hurricanes last year. As a junior, Johnson led the team with 96 tackles and also had four interceptions, three forced fumbles, and two fumble recoveries while using his intelligence and athleticism to make plays all over the field. Another solid season should make Miami’s star safety a lock for the first round next year.

The ACC is absolutely loaded with defensive talent, particularly for Clemson and Miami. I currently have Dexter Lawrence as my No. 1 overall prospect for the 2019 NFL Draft, as he brings an extraordinary combination of power and quickness at close to 350 pounds. The entire front will be worth watching for the NFL evaluators this fall, but Lawrence is the leader of the bunch and looks like a future All-Pro.

In his first year as the starter for Michigan State, Brian Lewerke showed flashes of a future starter at the next level, and he could climb all the way to the top of the quarterback class if he is more consistent in 2018. The Spartans might be getting overlooked in the Big Ten, but Lewerke taking the next step will have them right in contention for a conference title and playoff spot in December.

I have Trace McSorley ranked exactly where I had Baker Mayfield last year (No. 24 overall player) when others were calling him a Day 3 prospect, and we saw how that turned out in April. For what it’s worth, Trent Dilfer said that he believes McSorley “probably has more arm talent than Baker does,” and I love that Penn State’s quarterback isn’t afraid to sling it around while giving his receivers a chance to make plays.

There’s only been a limited sample size to evaluate, but I think Shea Patterson is going to be an absolute superstar for Michigan and might be the most exciting (and polarizing) prospect in the 2019 class. As Dilfer points out in the same piece where he talks about McSorley and the rest of the notable quarterbacks, Patterson will be doing a bunch of next-level stuff under Jim Harbaugh, which will only help him. All the high-profile matchups in the Big Ten will be must-see TV, but the opener against Notre Dame will give us our first look at Patterson in 2018.