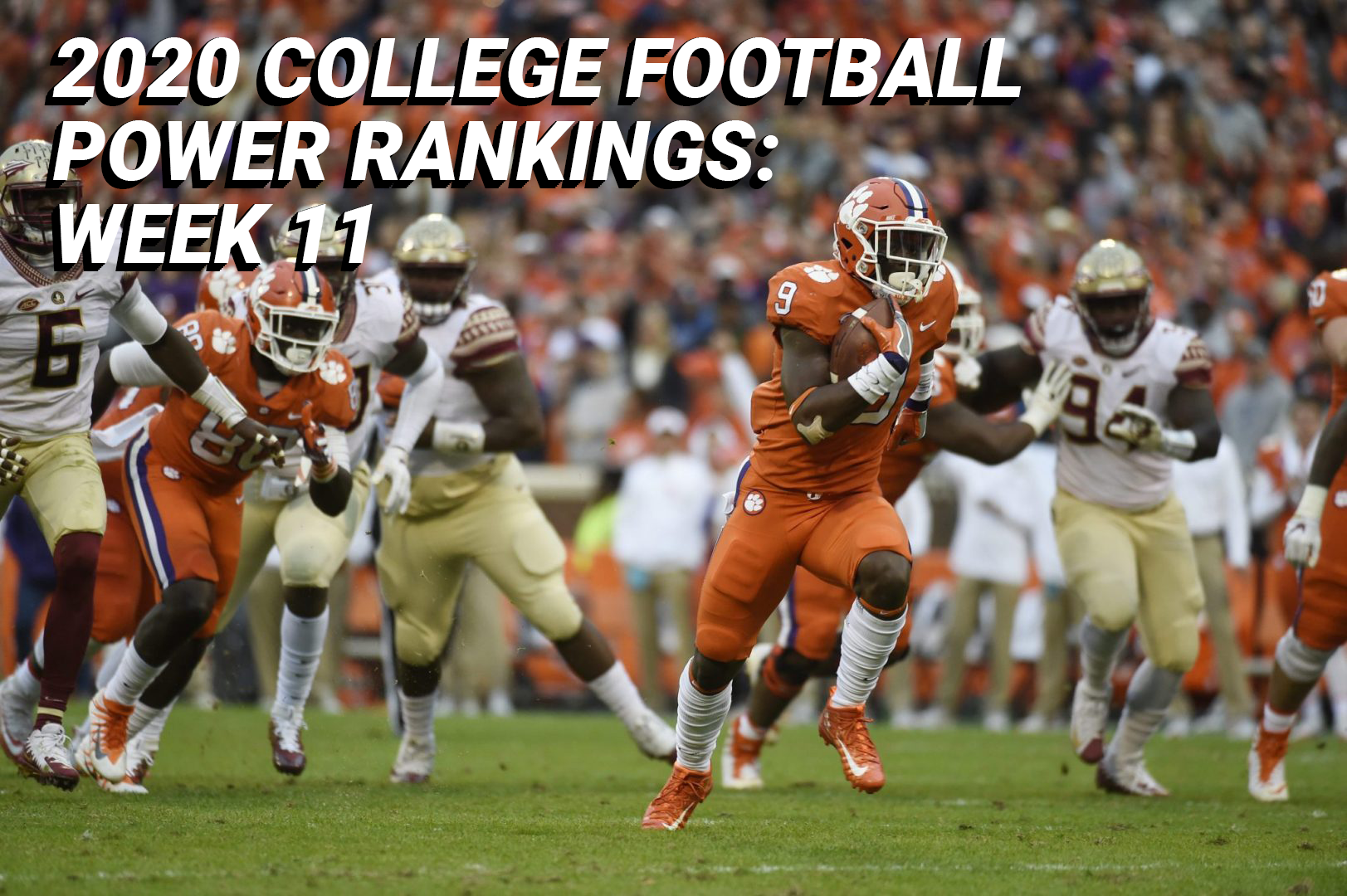 
After Clemson lost its first game of the year, there’s a new No. 1 in this week’s college football power rankings.

Alabama had off last week, but they claim the No. 1 spot in the rankings (and the AP poll) ahead of a matchup with LSU. The Crimson Tide have now been ranked No. 1 in the AP poll for a mind-blowing 13 consecutive seasons.

Ohio State took a bit to get going against a tough Rutgers team, but they had a flurry of four touchdowns in the second quarter to separate at halftime in their eventual 49-27 victory. The efficient Justin Fields and the rushing attack led by Master Teague and Trey Sermon leads to balance that is very tough for an opposing defense to stop.

The experience of Ian Book really came through for Notre Dame, and his ability to scramble and make plays both through the air and on the ground made it difficult for Clemson to defend. The double overtime win was probably the biggest for Brian Kelley at Notre Dame, and it could be a momentum builder for the program throughout this season and beyond.

Freshman quarterback D.J. Uiagelelei played very well in his second start for Clemson, and maybe you could argue Trevor Lawrence (COVID-19 protocols) would not have made a huge difference if he was able to play—but everyone would have loved to see Lawrence out there in one of the games of the year. We might see it in an ACC title game rematch, so the Tigers need to take care of business over the final stretch of the regular season.

It looked like things could get ugly after Florida fell behind Georgia by two touchdowns early, but the Gators were pretty dominant the rest of the way, getting a huge win to move into a great spot in the SEC East. Kyle Trask had a field day on passes to the intermediate and deep parts of the field, particularly when targeting his running backs on deep routes out of the backfield.

The ground game for the Bearcats was unstoppable over the weekend, with Gerrid Doaks (16 carries, 184 yards, one touchdown) and quarterback Desmond Ridder (12 carries, 103 yards, three touchdowns) torching the Houston defense in a blowout win. A team that can run the ball and play strong defense like Cincinnati should remain competitive every week.

Many are now clamoring for BYU and Cincinnati to work something out and get a showdown between the two unbeaten Power Five schools on the schedule, and there’s little doubt they would both benefit if that does somehow occur. The Cougars were expected to be in a close game on the road at Boise State, but it wasn’t much of a contest with BYU moving to 8-0.

Quarterback Kellen Mond totaled five touchdowns while running back Isaiah Spiller racked up 177 total yards in Texas A&M’s 48-3 rout of South Carolina. Ranked No. 5 in the AP poll, and easy case can be made for Jimbo Fisher’s squad to be up there in these rankings, too.

Both Penn State and Michigan are now unranked, but Indiana still owns two impressive ranked victories in their first three games, and the other win is over a Rutgers team that looks solid. At No. 10, the Hoosiers have obtained their best rank in the AP poll since 1969.

Georgia remains in the top ten for now, with their two losses coming to top five teams. Against Florida, the Bulldogs dealt with a bunch of injuries on defense, and it showed—but Kirby Smart should get that side of the ball sorted out quickly. Offensively, the health of Stetson Bennett and the quarterback situation overall will be critical as the Bulldogs look to remain competitive and get a potential New Year’s Six appearance.