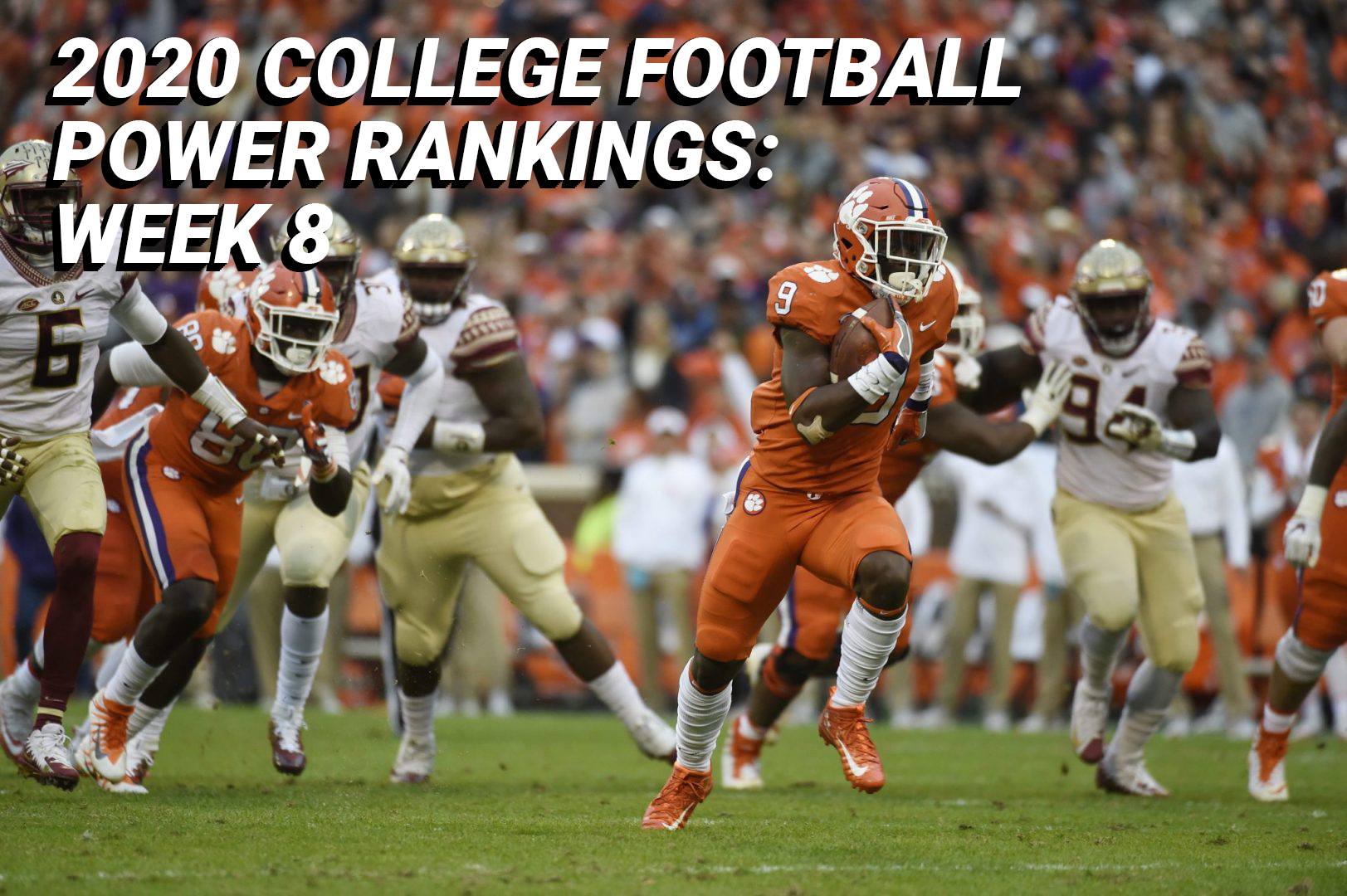 
Despite no Big Ten or Pac-12 and several games postponed, last weekend felt like a normal college football Saturday, with Clemson rolling, Alabama winning a big matchup, and a top-five upset.

Trevor Lawrence threw for five touchdowns in the first half of Clemson’s 73-7 drubbing of Georgia Tech. It was the Tigers’ biggest road win in over 100 years, and GT hadn’t allowed that many points since 1894. With the ACC suddenly looking weaker after North Carolina’s loss to Florida State, Clemson is in clear command of the conference.

Alabama could easily be put into the No. 1 spot after the best win of any team early this season, pulling away from No. 3 Georgia with a dominant second half. Mac Jones must be having a lot of fun in the Crimson Tide offense, distributing the ball to star receivers DeVonta Smith and Jaylen Waddle while working in tandem with a strong run game powered by Najee Harris. It was good to see Nick Saban on the sideline after an apparent false-positive test a few days before the big game.

Finally, the Big Ten gets in on the action this weekend, and Ohio State is up to No. 3 in the power rankings before they take on Nebraska. It won’t be easy, but this season has the feeling of a championship-or-bust year for the Buckeyes.

Georgia started very well and had the lead over Alabama at halftime in what looked like might be another classic, but both sides of the ball struggled to get much going in the second half. Stetson Bennett had a hot start for the Bulldogs, and the big-game experience and struggles should benefit him and the offense if and when they face the Crimson Tide again later this season.

Penn State is up to No. 5 ahead of their season opener versus Indiana, but the Nittany Lions cannot look too far ahead to a Halloween matchup with the Buckeyes.

We’re not buying that Notre Dame should be No. 3 in the AP poll. The Fighting Irish was able to put the game away with a timely drive at the end, but they only beat Louisville by five points. It’s difficult to say they should be ranked ahead of a team like Georgia, which has a lone loss to arguably the top team in the nation.

The Cowboys were not in action last weekend because of COVID-19, and they’ll now faced a ranked Iowa State team this Saturday. Mike Gundy’s squad will hope to be fresh instead of rusty after not playing since October 3.

Cincinnati also had its game postponed last week, and now they’ll go on the road to play No. 16 SMU for an AAC battle that will likely determine which team lands in the top ten of next week’s power rankings.

The bottom part of the power rankings has three consecutive teams that had games postponed due to the coronavirus, and the Gators were hit pretty hard by the pandemic, with head coach Dan Mullen among those testing positive. Florida won’t play until Halloween. Hopefully everyone is feeling better soon.

BYU is back into the top ten after improving to 5-0, and quarterback Zach Wilson is getting a lot of buzz leading the Cougars offense. BYU is a heavy favorite this Saturday against Texas State.