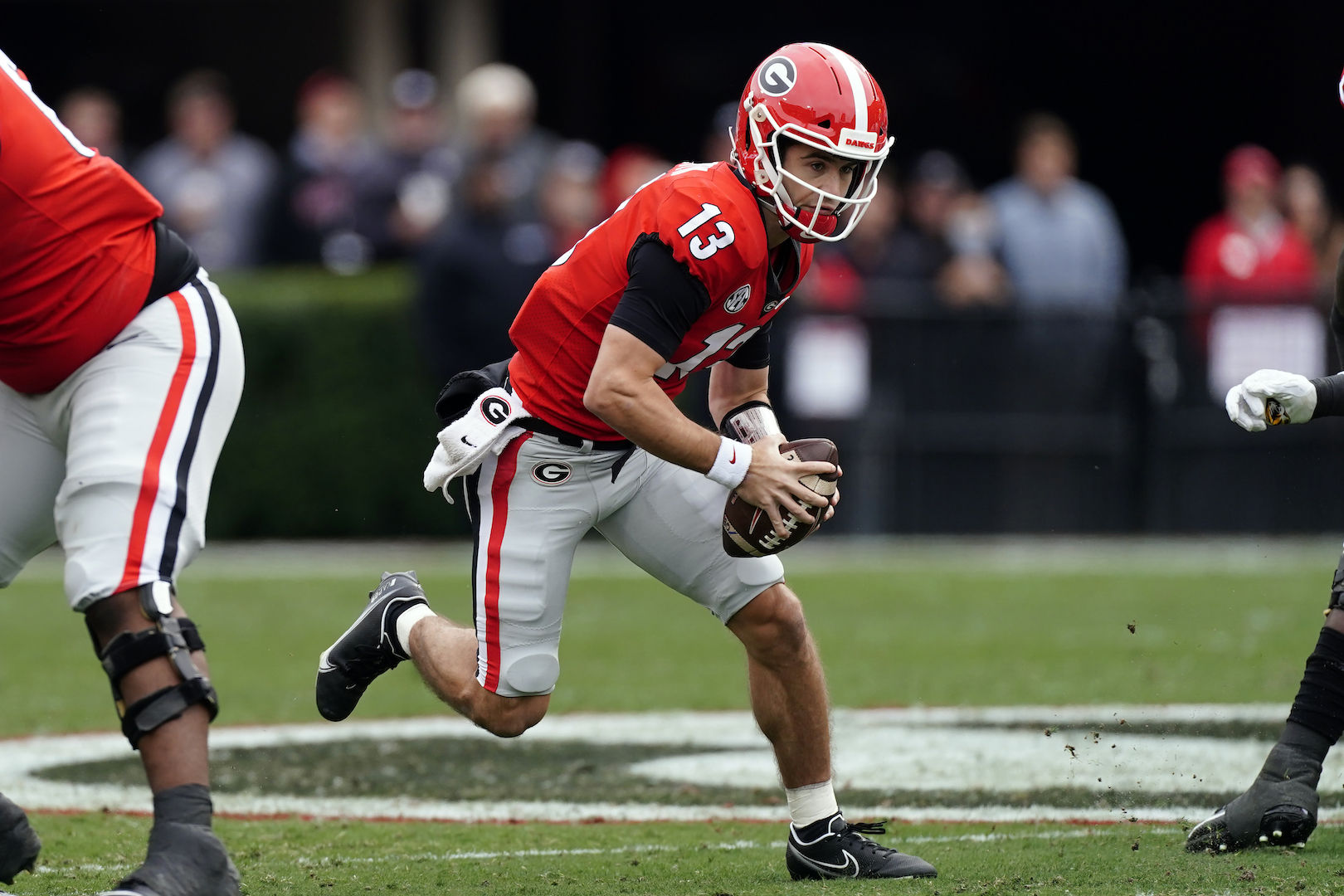 
The insane college football season continues, with just a few weeks remaining in the regular season.

The biggest “problem” for Georgia right now isn’t really a problem at all. Stetson Bennett, who got the deep ball going last week, is playing so well at quarterback for the Bulldogs that J.T. Daniels doesn’t feel particularly close to retaking the starting job. But it was great to see Daniels back in action for Georgia after they pulled away from Missouri.

LSU gave Alabama all they could handle on Saturday night (with Ed Orgeron even claiming on two occasions that his Tigers were the better team). The Crimson Tide defense stepped up, but the run game could not get much going versus LSU’s front. Bama should be able to run the ball and get back on track in that department this weekend.

Oklahoma had the open week to give them a bit more time to prepare for a ranked conference matchup at Baylor this Saturday. It’s an early game, but going to a tough Waco environment won’t be easy.

It was nice to see the committee give Oregon respect and recognition for their victory over Ohio State in Columbus earlier this season. Travis Dye ran for 211 yards and a touchdown in the Ducks’ win over Washington, and there’s no reason they should fall in the rankings if they keep winning.

Meanwhile, there was a ton of outrage over Cincinnati being left out of the initial top four. But despite the loud complaints, outside the top four feels right at the moment. The Bearcats have had some close calls versus inferior opponents. It took not one, but two goal-line stands by the stellar Cincinnati defense to hold on against Tulsa last Saturday.

The Buckeyes had some trouble themselves while facing Nebraska on the road, but they emerged from the conference showdown with an 8-1 mark. Jaxon Smith-Njigba recorded 15 receptions for 240 yards and one touchdown in an all-time outing for Ohio State.

Michigan bounced back from their first loss by playing a sharp game against Indiana, but the story for the Wolverines came from head coach Jim Harbaugh revealing that the Big Ten told him the officials made a mistake in the Michigan State loss. Nevertheless, the Wolverines still have a very real shot at making the CFP.

After upsetting Michigan State, Purdue now has wins over No. 2 (then Iowa) and No. 3 this season. Maybe it was a letdown for the Spartans after their emotional win, but giving up 536 passing yards in the loss to the Boilermakers is obviously cause for concern.

Notre Dame was laser focused entering last Saturday’s matchup with a Navy squad you cannot take lightly. The Fighting Irish have at least 31 points in all four games and have averaged 35.3 points per game since the 24-13 Cincinnati loss last month.

Texas A&M could easily be in the No. 10 spot, but Oklahoma State gets the slight edge. The Cowboys stymied West Virginia’s offense, while Devontavean Martin caught two touchdowns on the other side of the ball. OK State will host TCU this Saturday night.