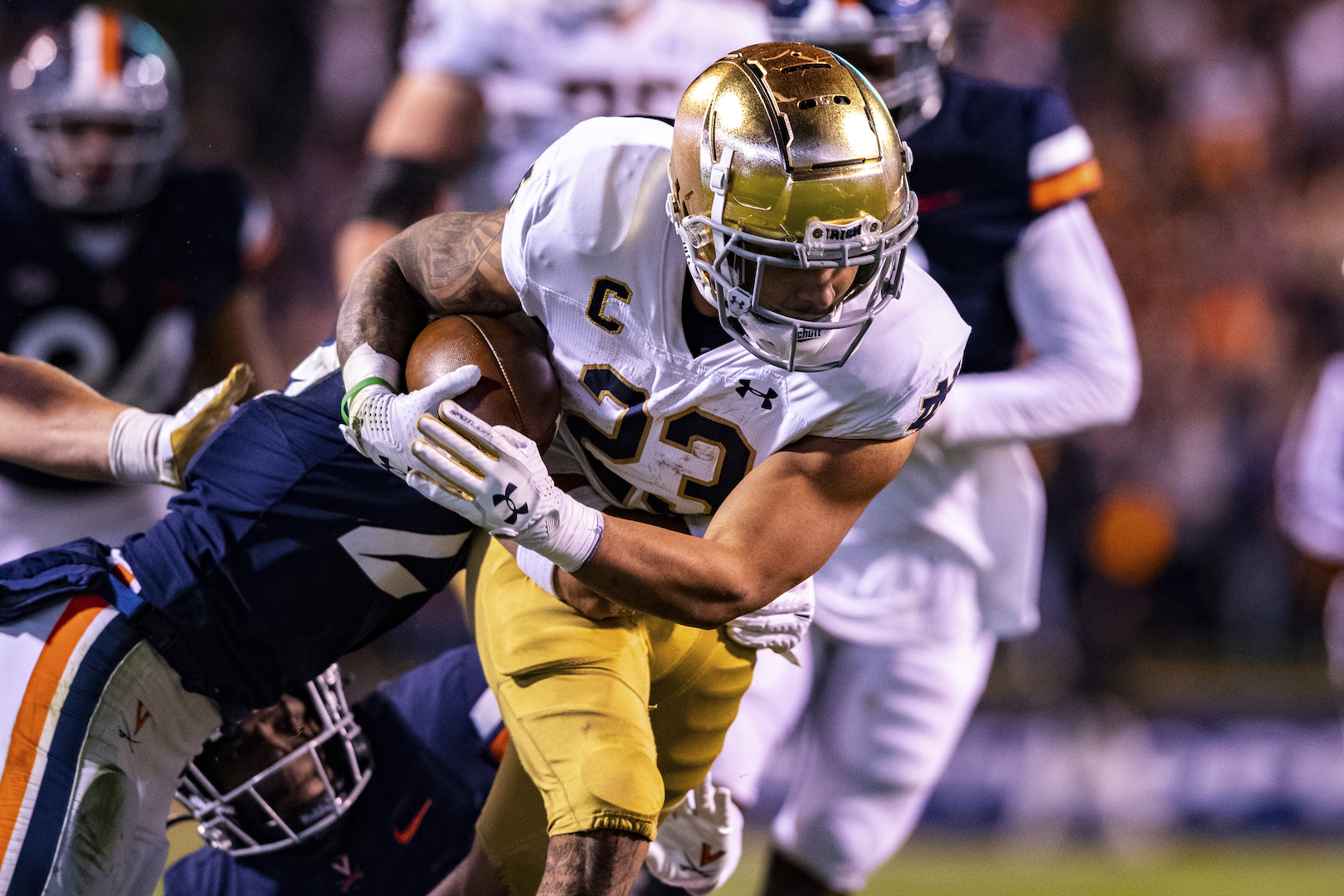 
Down goes another top-ten team, as Oklahoma lost to Baylor last week to tumble out of our top four and outside the top ten of this week’s 2021 college football power rankings.

Tennessee was able to hang around for a little bit, but the Bulldogs were just too much on Saturday afternoon. It’s been previously mentioned here and elsewhere that Georgia looks a lot like the Alabama teams we’ve been used to seeing over the years. Pure domination every single week and no slip-ups.

Alabama didn’t have trouble with New Mexico State, putting up a 49-3 halftime lead before taking the foot off the gas relatively speaking. After a narrow win over LSU a couple of Saturdays ago, Bama is now looking to get back on track with their SEC schedule this week against Arkansas.

Oregon keeps rolling and improved to 9-1 on the season, but they’ll have one of their toughest conference opponents up this Saturday when they go to Utah. The last matchup between the Ducks and the Utes was when Oregon dominated the Pac-12 title game a couple of seasons ago.

Ohio State might have had the most impressive showing of any squad last week, completely blowing the doors off a ranked Purdue team with two top-five wins this season. The Buckeyes are hot heading into the huge Big Ten matchup versus Michigan State this Saturday at noon.

Because of the impressiveness of Ohio State over the past several weeks, Cincinnati remains just outside the top four still. However, they are still very much in the playoff mix, likely getting in if they remain unbeaten and the SEC or Big Ten don’t get two teams in the top four. The Bearcats can’t look past SMU this week, obviously.

It was looking shaky for Michigan late in the game while behind against Penn State, but the Wolverines were able to get the victory in a tough environment to improve to 9-1. Now, they go to Maryland and must ensure that they don’t fall into a trap with Ohio State on deck.

The passing attack for Michigan State got going at the right time last week, as they’ll need it to avoid being one-dimensional at Ohio State this weekend. For the Spartan defense, they’ll probably need to make stops on key situations like third down and red zone to have a shot at the upset.

The Notre Dame offense has been playing great since the Cincinnati loss, but it’s the defense that’s been the story over the past couple of games—allowing just nine points combined to Navy and Virginia. The Fighting Irish now return to South Bend for their final home game of the season.

Since their lone loss of the year late last month, Oklahoma State is 3-0 with a point differential of 142-23. Quite impressive, and the Cowboys are low in the rankings now, but they can potentially make a move up closer to the top four with a shot at the playoffs. “Style points” might be important for OK State during the final stretch.

Oklahoma could have remained in the top ten at this spot, and Wake Forest and Baylor are among the other schools in consideration. But Ole Miss is the pick following their impressive showing against Texas A&M.