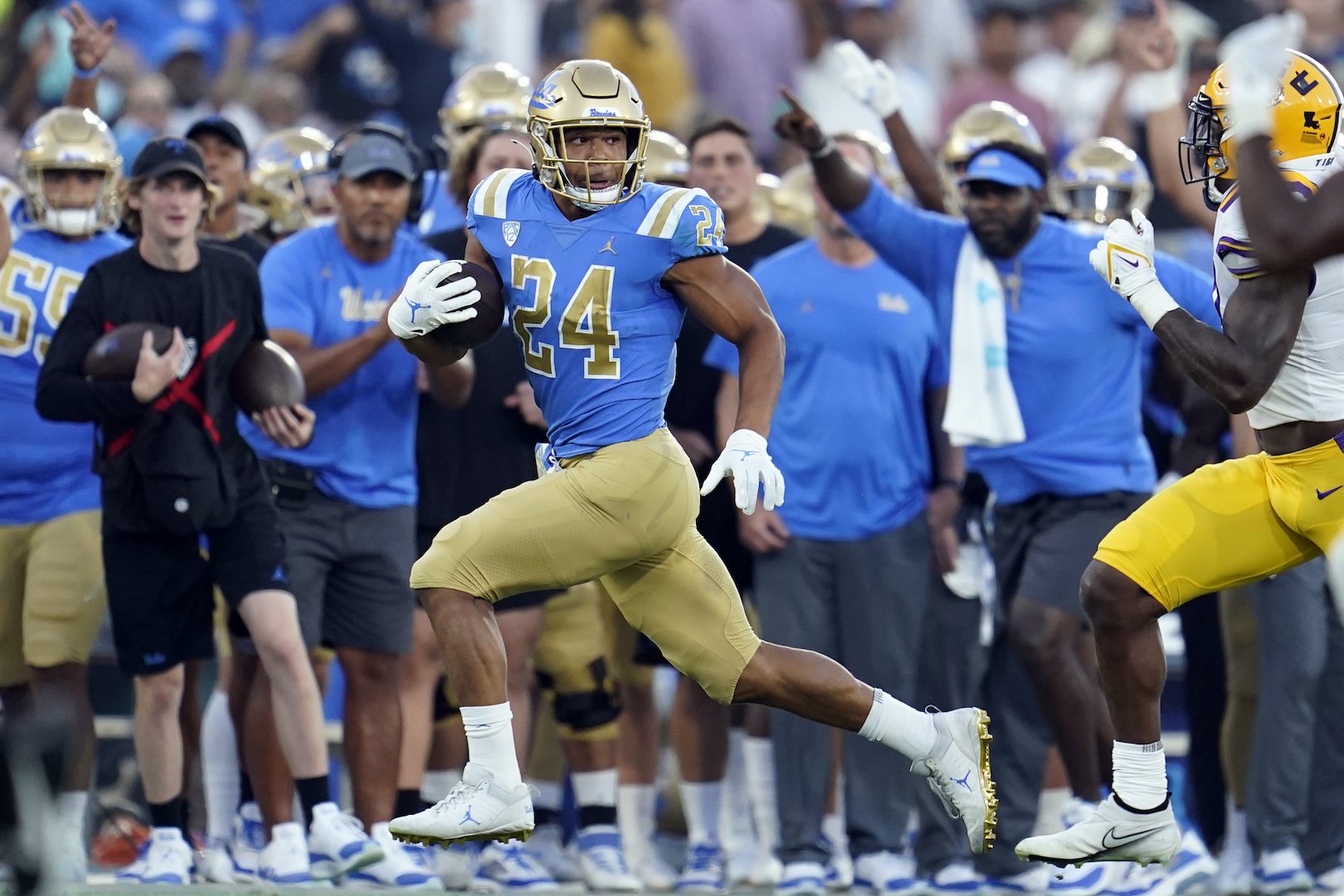 
There’s a lot of football to be played, but based on the first full weekend, it looks like this will be a crazy year. Several ranked teams fell, and a few top teams barely survived their season openers. There’s plenty of shuffling for the Week 2 power rankings.

Through one week, the defending national champion Crimson Tide look like they’ll clearly be the team to beat at the end of the season. Again, a long way to go, but Bryce Young picked up where Mac Jones left off, throwing for 344 yards and four touchdowns in his debut. Miami quarterback D’Eriq King had to make some spectacular plays to even move the ball, and it was still only enough for 13 points versus Alabama’s elite defense.

Speaking of elite defense, Georgia absolutely suffocated the Clemson offense in their huge victory on Saturday night. The Bulldogs almost have to be viewed as the No. 2 team in the nation after a top-five win over an opponent like Clemson, especially with the way Kirby Smart’s defense flew around. J.T. Daniels and the offense mostly stuck with the underneath stuff and let their defense (which got a pick-six from Christopher Smith, the difference in the 10-3 game) win it for them, but Zamir White and the running backs ran the ball well.

It was a slow start for Ohio State, and there was a very uneasy feeling on Friday night when Minnesota was ahead and hanging with them. However, the Buckeyes turned it on in the second half, putting up 35 points on the Gophers in the final 30 minutes. Freshman quarterback C.J. Stroud settled in and hit top receivers Chris Olave and Garrett Wilson for three of his four touchdowns through the air, passing a good first test for him.

Heading into the season, a lot of people were excited about Oklahoma’s defense potentially helping the Sooners take the next step and finally get a Playoff victory. Maybe OU let off the gas just a bit after a 37-14 halftime lead, but they were put on the ropes by Tulane at the end of the five-point win. Look for the defense to come out sharper this Saturday against 0-1 Western Carolina.

Georgia’s top-notch defense is probably going to be a major problem for everyone they play this season, so it’s not time to panic too much after one game. Dabo Swinney and company are not the group to count out, and D.J. Uiagalelei played well while filling in for Trevor Lawrence last season—he and the offense just had a bad night where they couldn’t get much going. The defense played tough and essentially matched the Bulldogs to a 3-3 tie. Clemson remains in the top five.

Unlike a number of teams on opening weekend that either lost or nearly lost, Texas A&M took care of business against Kent State, 41-10. Starting quarterback Haynes King (three interceptions) will obviously need to sort out the turnovers, as that will be difficult to overcome against top SEC teams. However, Jimbo Fisher doesn’t seem too concerned, and King showed serious flashes in his first start taking over for Kellen Mond.

You could make a case that Cincinnati’s win over Miami (OH) shouldn’t have vaulted them from outside the top ten all the way up to No. 7 as a non-Power-Five school. But the Bearcats looked really good, picking up chunk yardage on the ground—and senior quarterback Desmond Ridder (20/25, 295 passing yards, five total touchdowns) is one of the best players in the country.

Is Chip Kelly turning UCLA football into a power program out west? Facing a stout SEC defense in LSU, the Bruins completely dominated in the trenches, almost looking like they were a contending SEC team themselves. Zach Charbonnet and Brittain Brown are undoubtedly one of the top running back duos in the nation, and the entire offense has underrated and deep weapons that Dorian Thompson-Robinson can distribute the ball to. Defensively, UCLA plays very hard, gives exotic looks, and has improved the tackling. The Bruins were noted as a team to keep an eye last week, and they on are in the top ten after two weeks.

These last two spots are the toughest after one week, but we’ll go with a couple of Big Ten schools that got big conference victories to open their 2021 campaigns. While Wisconsin hurt themselves with the turnovers, give Penn State credit for making key stops—including a goal-line stand late in the fourth quarter—and coming away 1-0 after traveling to Madison. James Franklin needed a big ranked win like that to kick things off this year.

It was nice to see a lot of good defense in Week 1, and Iowa’s unit was squarely among the top performers from Saturday, completely shutting down Indiana. Cornerback Riley Moss had two pick-sixes in the win, and Dane Belton added another interception (and a fourth was wiped out by a roughing-the-passer call). Indiana’s Michael Penix Jr. was coming off a season-ending knee injury from 2020, but he was one of the better quarterbacks in the conference last season—still, the Hoosiers were not match for the Hawkeyes’ stifling defense.