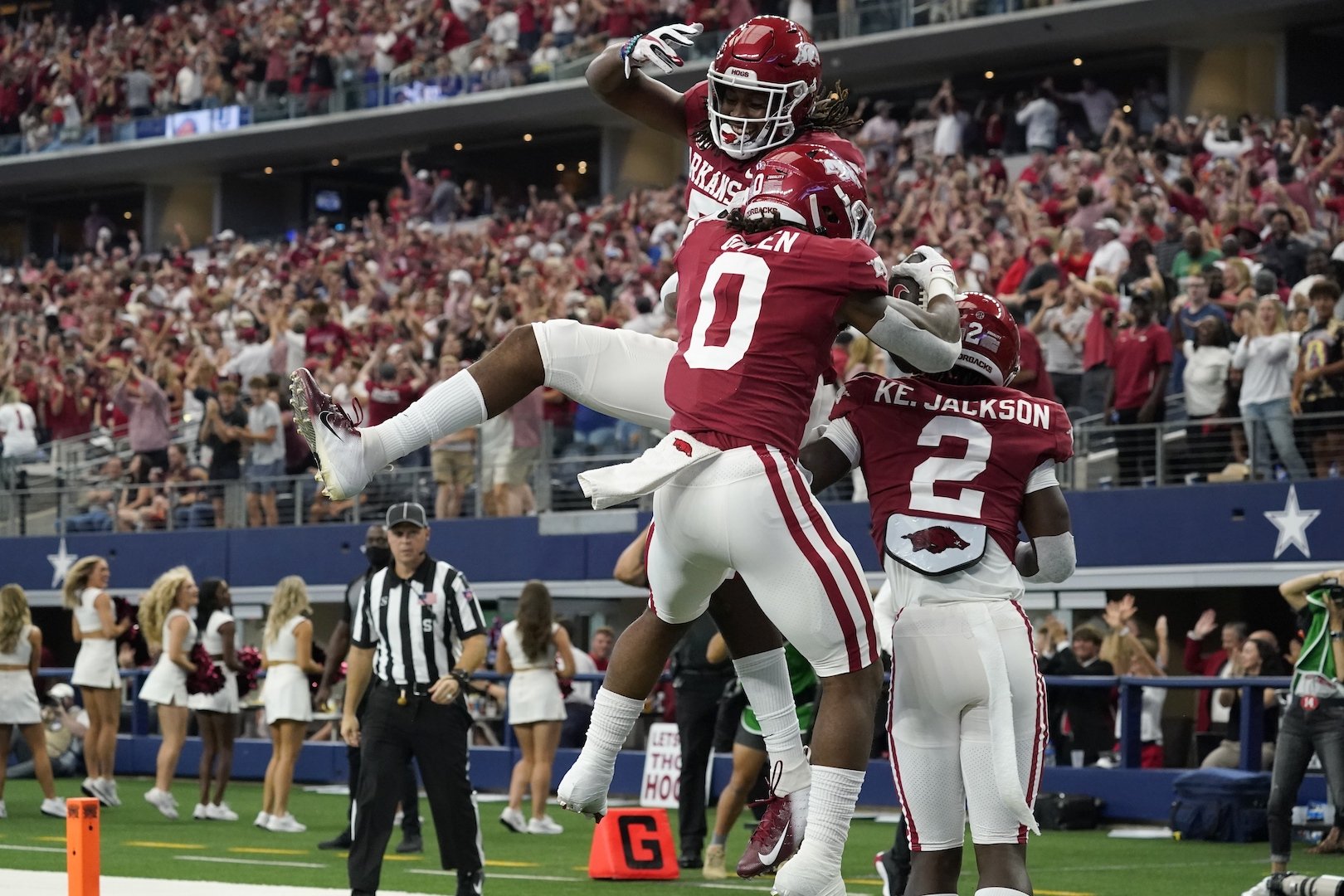 
The first month of college football is in the books, and we’ll have some huge games to kickoff October this weekend. Two teams jump into the top ten, and one joins the mix for the first time this season, getting all the way up to No. 6 in the latest college football power rankings.

Coming off a tight win over Florida, Alabama was able to tighten things up facing Southern Miss last week. The Tide should be clicking as they host Ole Miss this Saturday afternoon, and you can bet they’ll remember that the Rebels moved the ball and put up big points on them last year. Nick Saban delivered another memorable soundbite leading up to last week.

“Did any of you play sports? I mean, the coach is supposed to play the best players, right?!”

No trap game or sluggishness from Georgia in an early road start at Vandy. 62-0 was the final, and it was 35-0 after the first quarter, so quarterback J.T. Daniels was able to have a quick, effective start and get out of the game. Getting to 5-0 looks like it’ll be much more challenging with Arkansas awaiting.

The No. 3 ranked Ducks coasted against Arizona in the start of their Pac-12 slate. Next up, Oregon will look to keep it going when they face a Stanford team that already upset USC earlier this season.

It was a relatively slow start for Iowa when they hosted Colorado State, but the Hawkeyes pitched a 17-0 shutout in the second half to improve to 4-0. Iowa now must travel for a Friday night matchup with Taulia Tagovailoa and unbeaten Maryland.

Sean Clifford threw for 401 yards and four touchdowns in Penn State’s defeat of an under-matched Villanova squad. A potential top-five matchup versus Iowa is on deck, but first the Nittany Lions need to get past an Indiana team that has only lost to No. 5 Iowa and No. 7 Cincinnati this season.

No one is sleeping on Arkansas anymore. They’ve faced two non-Power Five schools through four games, but a convincing 40-21 win over Texas backed up by a 20-10 top-ten SEC victory against Texas A&M is more than enough to get them knocking on the door of the top five in the power rankings. The defense is legit, and the K.J. Jefferson-Treylon Burks duo is one of the best QB-WR pairings in the nation. Coming up in the next three weeks: Georgia, Mississippi, and Auburn.

It’s been a little close for comfort to this point, but Oklahoma is at least finding a way to win close games, which could pay off down the line when they play in tight contests throughout the season. The good news is it’s the defense that’s playing really well, and the offense should turn it on under Lincoln Riley.

Brian Kelly passed Knute Rockne for the most wins as a head coach in Notre Dame history, and the Fighting Irish helped him do it in emphatic fashion, putting up 31 fourth-quarter points to pull away from ranked Wisconsin. Notre Dame now has a top-ten matchup versus Cincinnati this week.

The Bearcats have to take care of business every week no matter who is in front of them, but this is obviously the biggest game on their schedule this regular season. A win over Notre Dame could potentially put the Bearcats in the CFB Playoff mix in a year that appears more wide open with Clemson and Ohio State not looking like superpowers at the moment.

The defense played well and was able to get off the field against Tennessee, and Emory Jones led the team in both passing and rushing of the 38-14 victory. This Saturday, the Gators go to 4-0 Kentucky