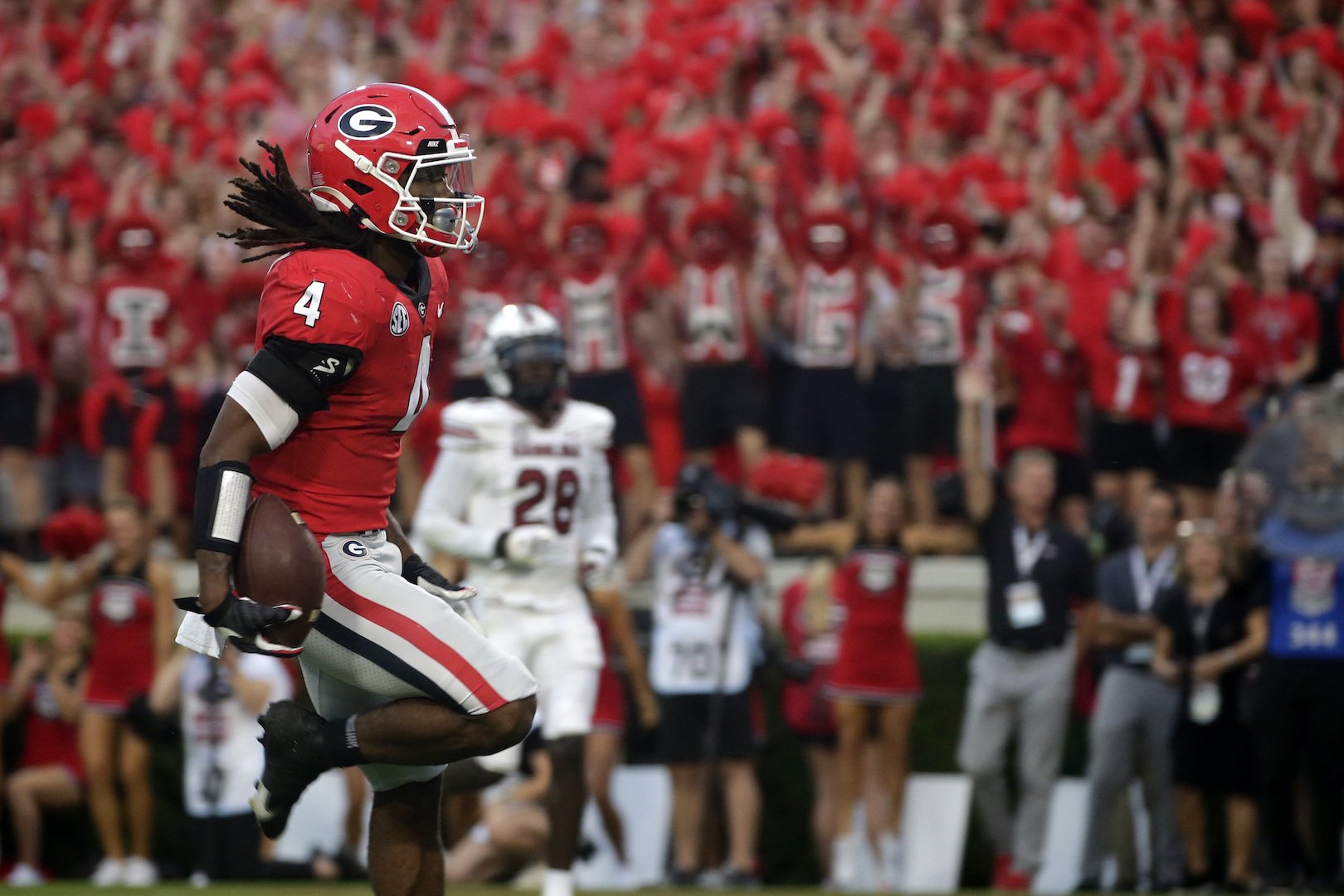 
The top four or five teams have separated themselves in the college football power rankings after a few weeks of action.

The score didn’t tell the entire story for Alabama, as it felt a lot worse for Ole Miss than a 21-point deficit. The Tide are dominant, and they were able to get their run game going with Brian Robinson Jr. (36 carries, 171 yards, four touchdowns) in the win over the Rebels.

There was some serious thought to putting Georgia in the top spot of the power rankings. The Bulldogs have shut out two consecutive SEC opponents including a then-top-ten squad in Arkansas. The Georgia defense is playing at an insanely high level, and there’s not much pressure on J.T. Daniels getting healthy at quarterback—Stetson Bennett has played well when called upon the past two seasons.

A Friday-nighter on the road had some trap-game qualities, but Iowa left no doubt at Maryland, winning 51-14. Spencer Petras threw for 259 yards and three touchdowns, and the defense recorded six interceptions in the victory. The Hawkeyes have been a clear top-three team and will look to prove it again this Saturday afternoon.

Penn State already has that huge win over Auburn in front of their White Out crowd, but this Sunday at Iowa might be an even bigger test. No. 3 vs. No. 4 in a conference matchup is about as good as it gets. Look for star receiver Jahan Dotson to be counted on for big plays this weekend.

Fresh off arguably the biggest win in program history against Notre Dame, Cincinnati earned a top-five spot in the AP poll with a clear path to the College Football Playoff as things stand. The Bearcats need to take care of business, but they’ll be favorites the rest of the way while led by senior quarterback Desmond Ridder and a strong defense with star players.

Again, Oklahoma was in a close one. They keep holding on and pulling out victories, but they are playing with fire early in the season. Now, facing off against a hot Texas team in the Red River Showdown should give a good indication of where the Sooners are really at this season.

Michigan lands in the top ten for the first time this season and could easily be up over Oklahoma in the No. 6 spot in the rankings. The Wolverines survived versus a tough Rutgers team a couple of weeks ago, but they have blown out their other four opponents.

A couple of costly defensive penalties had a big hand in Oregon giving up a fourth-quarter lead to Stanford before eventually losing in overtime. Still, there’s a lot of football to be played, and the CFB Playoff chances for the Ducks are not shot—the win in Columbus earlier this season is still a landmark type of win on the resume.

OSU probably wishes they could get a rematch with Oregon a few weeks later. TreVeyon Henderson and the rushing attack have gotten going over the past three weeks, and young quarterback C.J. Stroud is probably coming off of his best game (330 yards, five touchdowns) at Rutgers.

Fellow unbeatens Oklahoma State and BYU could have been here at No. 10, but the Michigan State offense has been very impressive this season, scoring at least 38 points in four of their five games. Running back Kenneth Walker III leads the nation in rushing and is an underrated Heisman candidate after one month.