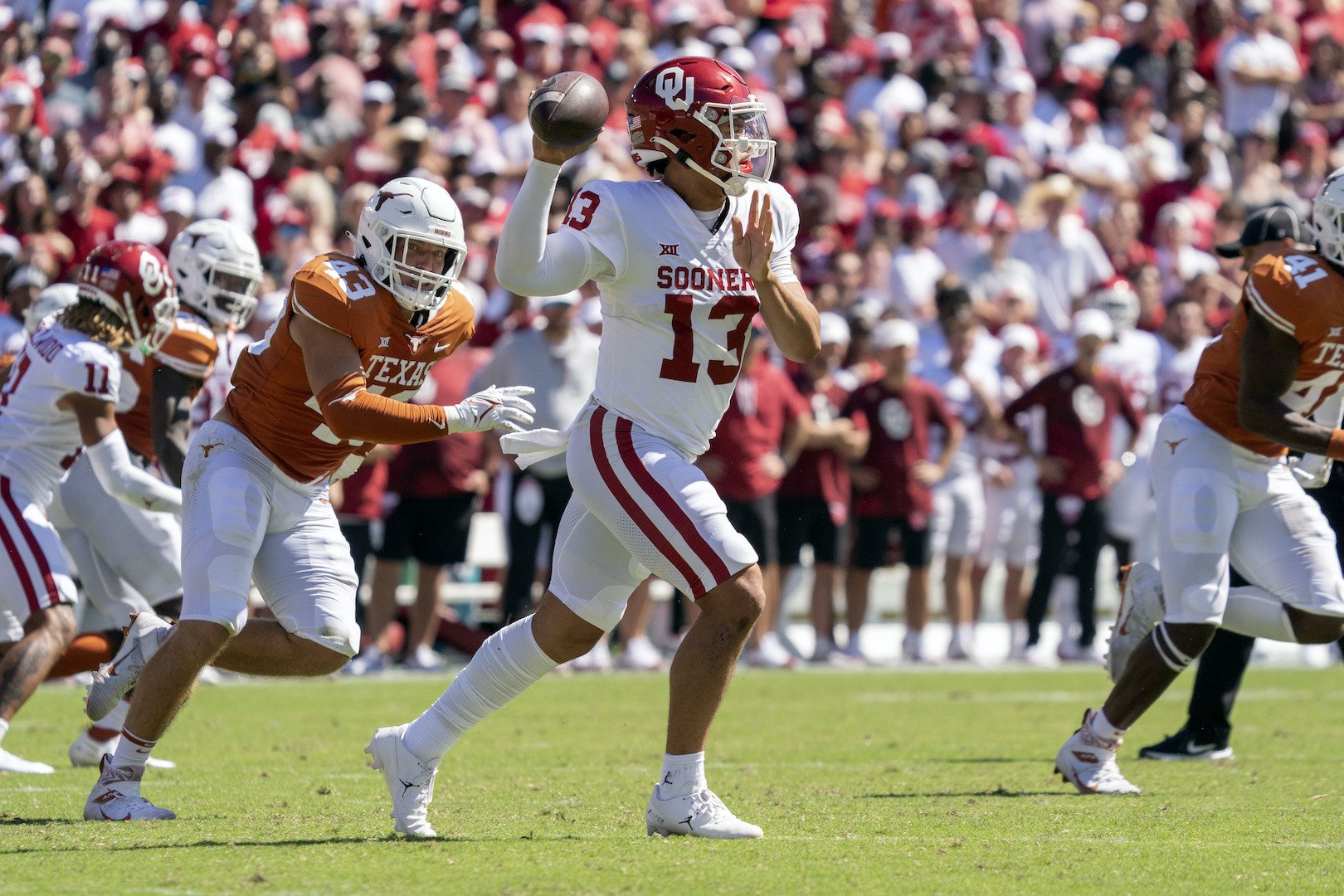 
The craziness continues in college football this season, and we have a new No. 1 in the power rankings following Alabama’s loss at Texas A&M.

Georgia’s defense has been completely dominant this season, allowing point totals of 3 (to Clemson), 7, 13, 0, 0, and 10. The offense isn’t bad either, no matter who is at quarterback between J.T. Daniels and Stetson Bennett. After a road win over Auburn, the Bulldogs will host Kentucky this Saturday.

Iowa’s defense secured four interceptions to help erase an early deficit and beat Penn State in the highly anticipated top-five matchup last week, and the offense came through with ten fourth-quarter points in the 23-20 victory. Perhaps it’s not quite on Georgia’s level, but this Hawkeyes defense is elite. No. 2 in the AP poll is Iowa’s highest ranking since 1985.

Zero letdown for Cincinnati after their win over Notre Dame a couple of weeks ago. The Bearcats coasted to a 52-3 win over Temple, as Desmond Ridder threw for three touchdowns and Jerome Ford ran for 149 yards and two scores. They must take care of business, but when looking at the schedule, Cincinnati is now in amazing shape at No. 3 as they look to make the CFP as a non-Power Five school.

Alabama-Texas A&M was a matchup circled on the calendar before the season, but the hype died down some after the Aggies lost a couple of games. But, as Alabama knows, it’s not easy to win in College Station, and the Tide went down, ending the defending champion’s winning streak at 19 games. Bama still has everything in front of them, and Nick Saban will use this as a learning opportunity to get his defense on track down the stretch.

Penn State was up 14-3 on Iowa, but quarterback Sean Clifford’s injury probably derailed things. The Nittany Lions showed a lot of heart in the close loss, and their bye week comes at a good time as they’ll look to get healthy. PSU should still be a top-five or borderline top-five team following the narrow road loss.

Michigan moves up a spot in the rankings after moving to 6-0, as they have probably looked more impressive than Oklahoma overall this season. Like the Sooners, the Wolverines have found a way to win close games this season—but Michigan has also shown the ability to pull away from teams on a few occasions.

Lincoln Riley has a huge decision in front of him. Preseason Heisman favorite Spencer Rattler has not played very well this season, and Caleb Williams came in to give the Sooners an incredible spark in the comeback win over Texas in the Red River Showdown. Riley might have no choice but to go with Williams, as his offense looked better than it has all season with him at quarterback.

The SEC obviously has something to say about it, Big Ten looks like it’s arguably the best conference in college football this year—though these top-ten teams will all be playing each other in the coming weeks, which should be fun. Kenneth Walker III leads the nation in rushing by over 100 yards, and both he and Jalen Nailor (five receptions, 211 yards, three touchdowns) are coming off 200-yard performances last week.

Oregon had off last week, and the group should be eager to get back on the field after getting upset by Stanford.

Ryan Day has Ohio State on fire, with scoring outputs of 59, 52, and 66 over the past three games. And the defense has allowed just 37 total points in that span. A matchup with Penn State is on deck, but the Buckeyes will try to keep it going and stay hot at Indiana on Saturday night.