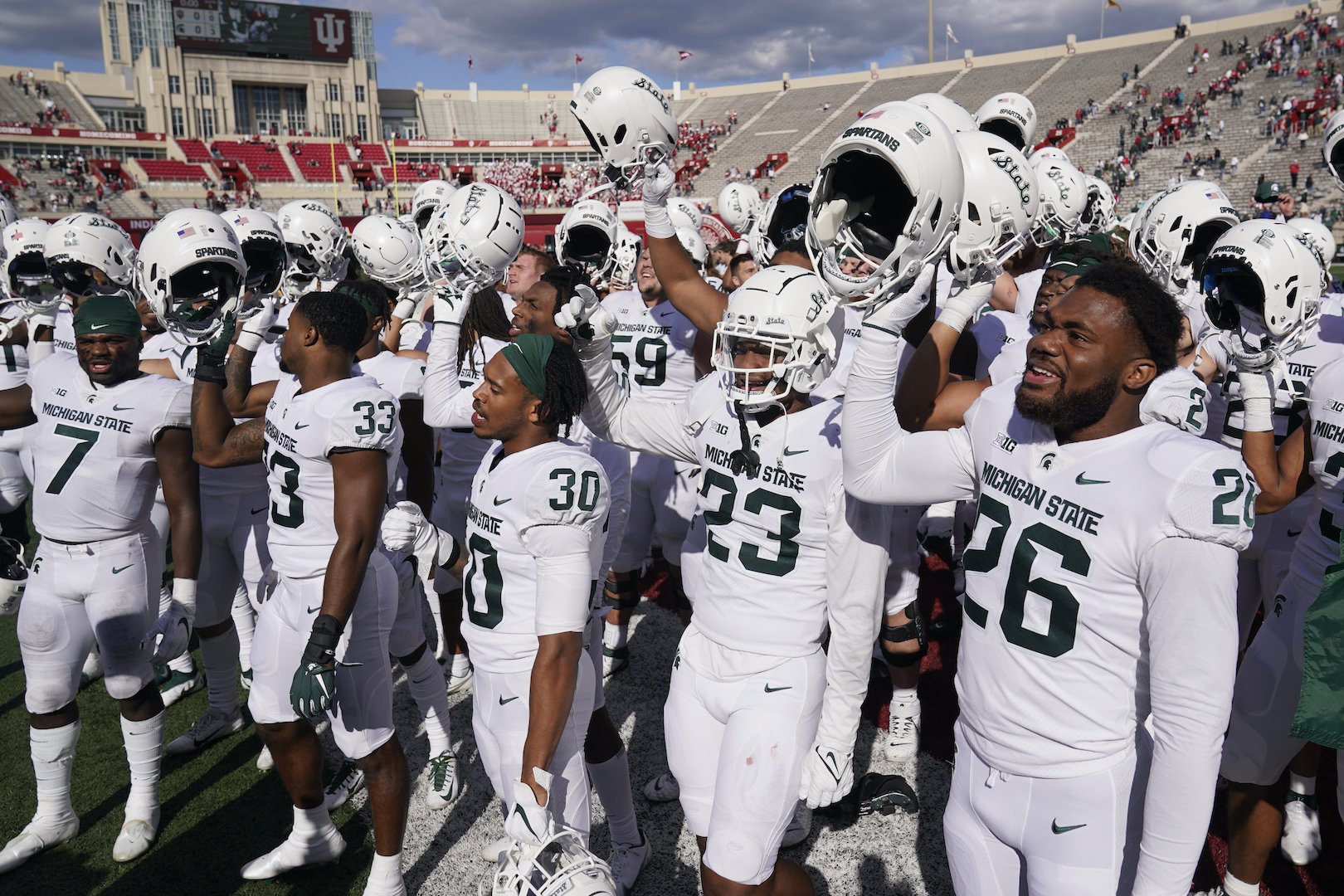 
The madness of the 2021 college football season continues. How far should Iowa drop in the rankings after they were at No. 2 last week?

Georgia simply doesn’t give much up on defense, and it’s almost shocking when an opposing offense is able to get into the end zone—and the Bulldogs seem to take it personally. Freshman tight end Brock Bowers had 101 yards and caught two touchdowns from Stetson Bennett in the blowout victory over Kentucky. The Dawgs now have a bye to recharge.

Jerome Ford ran for 189 yards and four touchdowns in Cincinnati’s 56-21 win over UCF. The dominance of the Bearcats throughout the season has them up to No. 2 in both the power rankings and in the AP poll, and it’ll be interesting to see where they rank in the first CFP rankings when they are out in a couple of weeks.

Freshman quarterback Caleb Williams appears to have ignited the entire Sooners squad in his first career start last week against TCU. There have been many more explosive plays with Williams under center than preseason Heisman favorite Spencer Rattler, and give Lincoln Riley credit for making the switch. We’ll see if Oklahoma can keep it going, but they get a boost in the rankings and look like a Playoff team again.

Alabama quickly bounced back from their first loss of the season, putting in perhaps their best defensive outing through seven games after holding Mississippi State out of the end zone in a 49-9 win. Will Anderson Jr. recorded four sacks and the Bama defense picked off three passes against the Bulldogs,

Penn State had off last week, and they remain at No. 5 in the rankings. They’re above Iowa despite losing to them a couple of weeks ago, but most agree that should be the case given that it was a tight loss on the road and starting quarterback Sean Clifford was injured early. Penn State’s schedule will pick up with ranked matchups soon, but they need to get past Illinois this Saturday at noon.

Michigan is also coming off a bye and will play at noon ET at home versus a Big Ten opponent. Michigan has won six consecutive games over Northwestern.

It was not easy win, but Michigan State did not slip up at Indiana, and they’ll enter a week off unbeaten. When the Spartans return, they might be facing a stretch of four ranked conference matchups in their final five regular season games.

Two consecutive ranked wins within the Big 12 push Oklahoma State to the No. 8 spot. The Cowboys rattled off 16 consecutive points in a comeback victory over Texas, and running back Jaylen Warren starred with 193 yards on 33 attempts. Their next opponent, Iowa State, could arguably be ranked, and this will be a tough test for OK State on Saturday.

Friday night could have been a trap for Oregon despite facing a one-win California team at home. The important thing is that the Ducks survived ahead of their highly anticipated showdown with old friend Chip Kelly and UCLA.

Ohio State is the third Big Ten team in the top-ten to have off last week. They’ve moved way up in the AP poll, and it’s easy to see why with the way they’ve been playing as of late. However, we’ll keep the Buckeyes below Oregon for now—but there should be plenty more shuffling in the coming weeks.