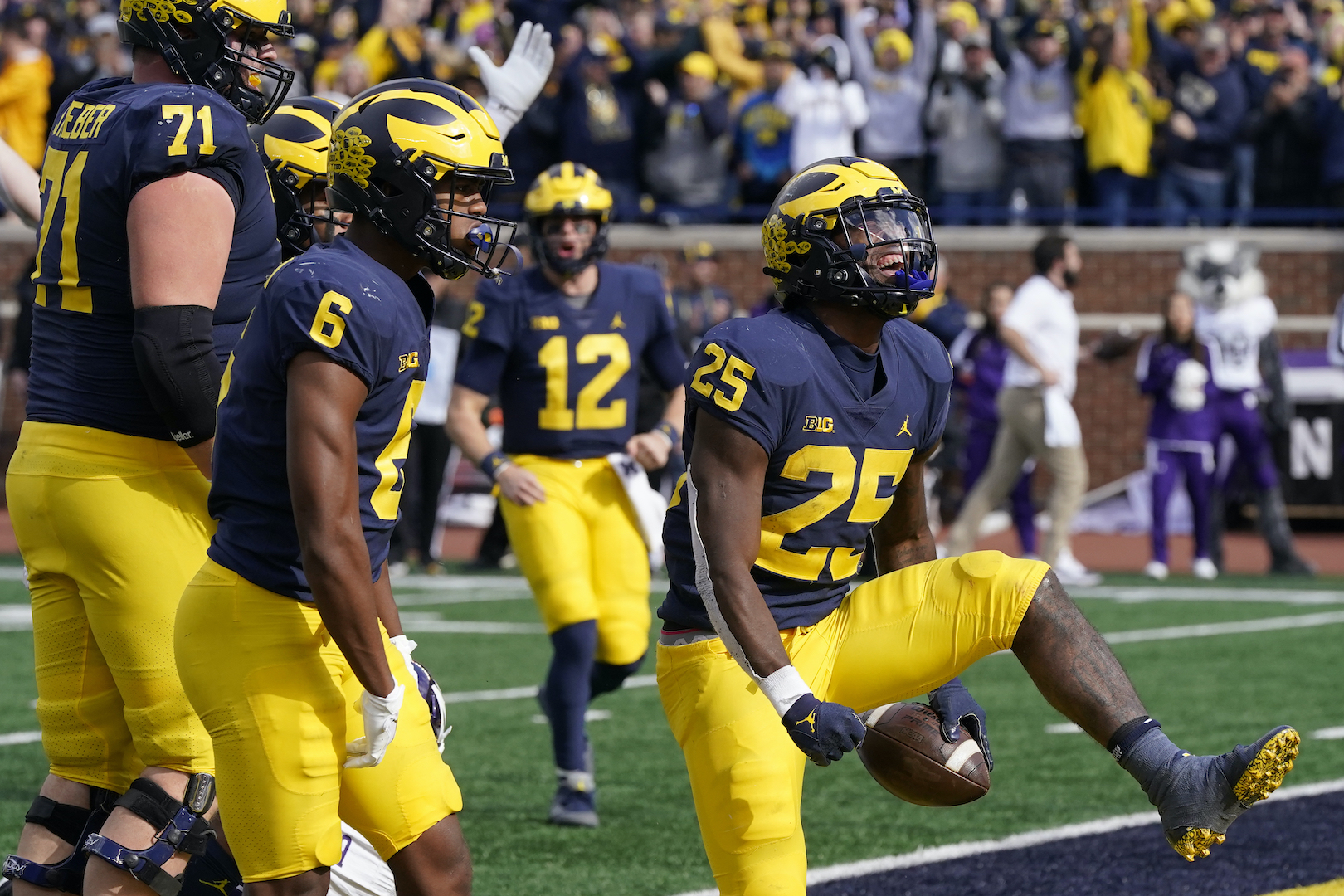 
Ranked teams continue to fall in what’s been an insane 2021 college football season through a couple of months. There’s some top-four shuffling in this week’s power rankings.

Georgia is returning from an off week and will play rival Florida on Saturday afternoon. While the Gators haven’t had the type of season they would like, the Bulldogs obviously need to come ready to play—as they have all season.

You could stack these teams up from the No. 2 to No. 6 range a few  different ways. The AP poll saw Alabama move up to No. 3 this week, and we’ll move them back up to No. 2 after they routed Tennessee. The Tide have bounced back strongly from their narrow loss to Texas A&M, and quarterback Bryce Young is only getting better with experience.

No matter their records, winning at Navy against those tough kids is certainly no cakewalk. A strong third quarter boosted Cincinnati to a lead, and they held off a late comeback attempt by the Midshipmen to improve to 7-0. The close call should lead to a very focused Bearcats team when they take on Tulane this weekend.

Oklahoma was shutout in the first half against Kansas, but freshman quarterback Caleb Williams and the offense didn’t panic, and they scored five touchdowns in the second half—including 21 in the fourth quarter—for a 35-23 victory. Next up, a matchup with Texas Tech.

While Michigan comes into the Big Noon matchup playing very good football, Michigan State will enter the week rested following a bye. The game will happen in East Lansing, so the Spartans will undoubtedly be counting on a raucous crowd to help with momentum on Saturday.

It was a slow start and another close finish for Oregon, but the Ducks were able to hold on against UCLA to remain squarely in the College Football Playoff race. Anthony Brown was somewhat inconsistent as a passer versus the Bruins, but he made key plays with his legs while racking up 85 yards on just six rushing attempts.

Ohio State’s offense might be playing better than any team in the nation right now, and you could argue they should be in the top five of the power rankings. It’s just hard to put them over Oregon after losing to them at home—even if it was early in the season and the teams are at different stages now—but things will work out within the Big Ten conference and in the rankings.

Iowa had a bye but gets back into the top ten thanks to losses by Oklahoma State and Penn State. The Hawkeyes must obviously get back on track offensively, but they still have a lot in front of them and can get back into the CFP mix.

There are a host of options for the No. 10 spot in the power rankings, including Notre Dame, Texas A&M, Pitt, and unbeaten Wake Forest. But the lone loss of the season for Ole Miss was to Alabama. The Rebels defense has played better after giving up 51 points to Arkansas earlier this month, and they’ll look to keep it going at Auburn this Saturday.