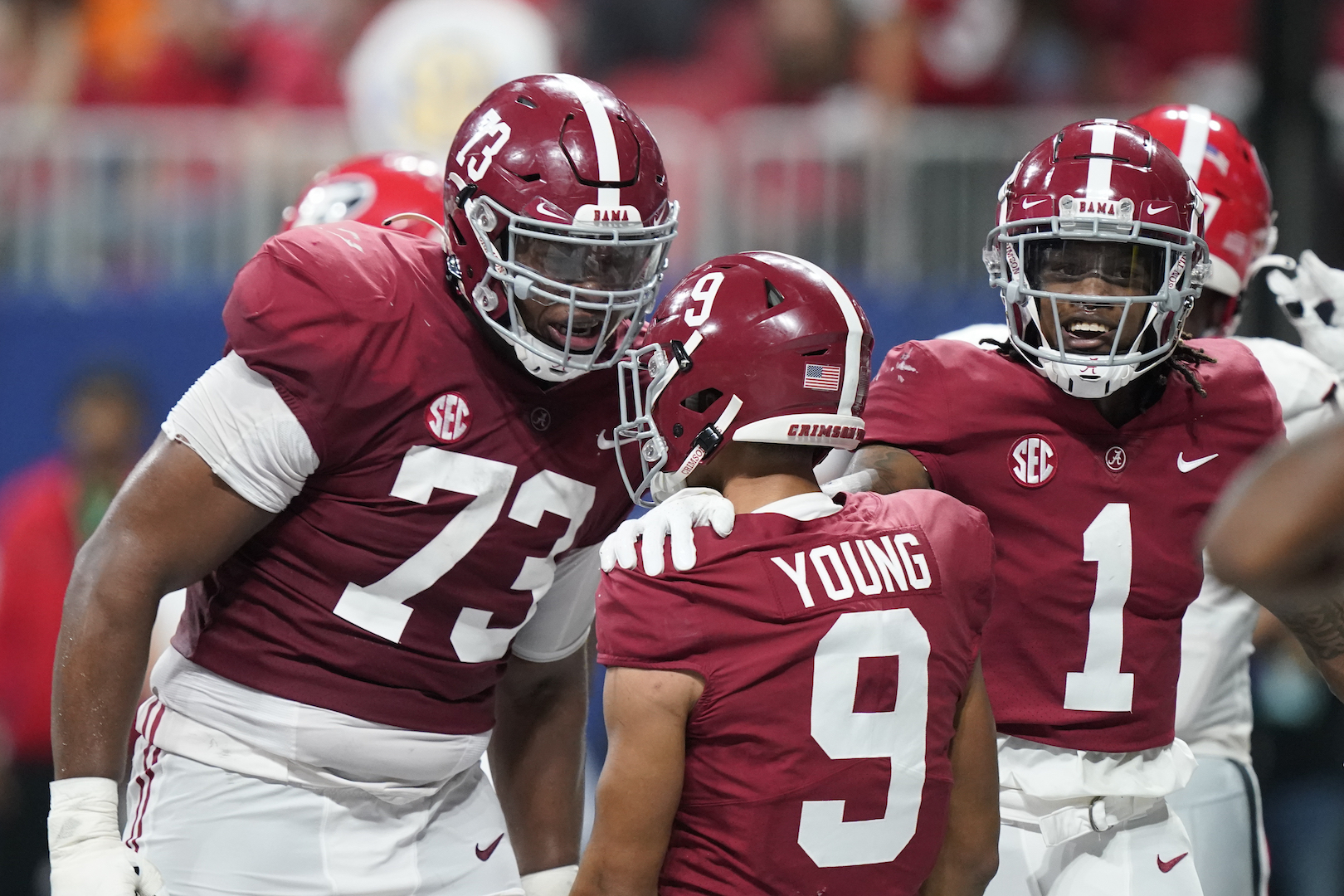 
The 2021 Heisman Trophy race has concluded, and we are likely to have a clear winner awarded the prestigious honor on Saturday night.

The past five quarters of football for Bryce Young should have sealed the Heisman for him after he was the consensus frontrunner for most of the year. The comeback win in the Iron Bowl and then 461 total yards of offense and four total touchdowns against an elite Georgia defense made it not much of a debate that Young should hoist the Heisman Trophy on Saturday evening. Young had 46 touchdowns this season.

Personally, I am not a fan of this play at all:

KENNY PICKETT FAKED THE SLIDE AND RAN 58 YARDS FOR THE TD 😱 pic.twitter.com/EypNNJZYHE

Defenders are already put in a tough spot as it is, particularly when it comes to the quarterbacks. But it was still an entertaining long touchdown run for Kenny Pickett, who led Pitt to its first ACC title in history. The senior quarterback totaled 47 touchdowns while leading the Panthers to an 11-2 campaign, and he should undoubtedly be a finalist when they are announced today.

Another strong showing from Aidan Hutchinson in the Big Ten Championship Game helps vault him up to the top three of the final Heisman rankings. Hutchinson set a Michigan single-season record with 13.5 sacks, and he showed up at the biggest moment with three sacks against Ohio State to help the Wolverines make the College Football Playoff for the first time. In a year that’s been relatively wide-open most of the way, it won’t be shocking if Hutchinson gets some first-place votes as a defensive player.

Kenneth Walker III finished second in the nation in rushing during the regular season, and he keyed an outstanding year for Michigan State that included defeating eventual CFP team Michigan and earning a New Year’s Six Bowl. Remember, Walker went over 200 yards and five touchdowns on the Wolverines.

C.J. Stroud had an excellent first season as the starter as a redshirt freshman for Ohio State, but he finishes clearly behind Bryce Young and Kenny Pickett in the end. Stroud will be among the preseason favorites for 2022.