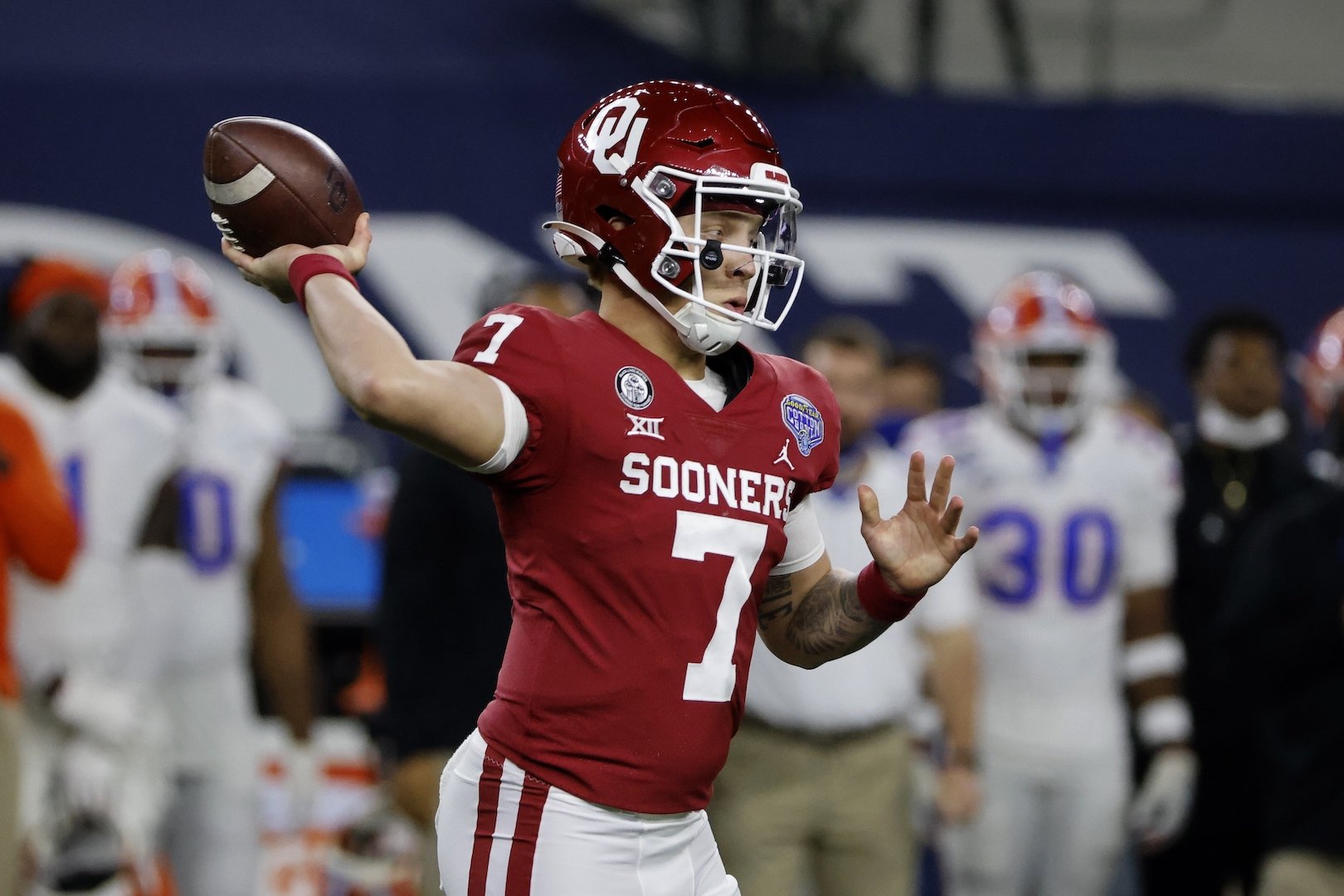 
The 2021 college football season is getting into full swing this week, so it’s time for the first Heisman Watch of the year. While Alabama wide receiver DeVonta Smith won it last season, the preseason favorites are unsurprisingly dominated by the quarterback position.

The consensus Heisman Trophy favorite is Sooners gunslinger Spencer Rattler. Lincoln Riley’s offense has produced two Heisman winners in the past handful of years (Baker Mayfield and Kyler Murray), and Jalen Hurts finished as a finalist for the honor. It’s a pretty good bet that Rattler will be in the mix to win the award for his second season as the program’s starter. To be frank, it doesn’t hurt that Oklahoma looks to have an easy out-of-conference schedule and should have a realistic shot of running the table in the Big 12.

Meanwhile, Clemson starter D.J. Uiagelelei will be tested right away, as the Tigers will take on the Georgia Bulldogs in a top-five matchup on Saturday night. Uiagelelei had good playing experience last season while taking over for Trevor Lawrence due to COVID protocols, and he plays for one of the nation’s top programs—he’s looking to become Clemson’s first-ever Heisman winner.

There have been a ton of comparisons between Sam Howell and Baker Mayfield, and the playing style of effortlessly slinging the ball all over the field could resonate with fans and Heisman voters. Of course, North Carolina will need to have a big season for Howell to have a chance, but we’ll see how the Tar Heels fare in their third season under Mack Brown’s second go-around—they’ll avoid Clemson during the regular season, but circle big matchups with Miami and Notre Dame for Howell’s potential candidacy.

A huge performance and an upset victory over the Tigers this weekend could instantly vault J.T. Daniels into the top spot in the Heisman Trophy race after one week. The Georgia starter pretty much got his feet wet in four games last season, but he entered his second year with the school as the clear starter in Todd Monken’s offense.

The extremely talented Alabama quarterback Bryce Young and Ohio State’s redshirt freshman C.J. Stroud are not included in the initial top five because of their lack of experience, and Miami’s D’Eriq King and USC’s Kedon Slovis both could have been included here. But Florida quarterback Emory Jones is flying a bit under the radar entering the season. Dan Mullen’s offense can lead to some big numbers, and the Gators should be competing for an SEC East title. Keep an eye on the dual threat weapon as he takes over for Kyle Trask.