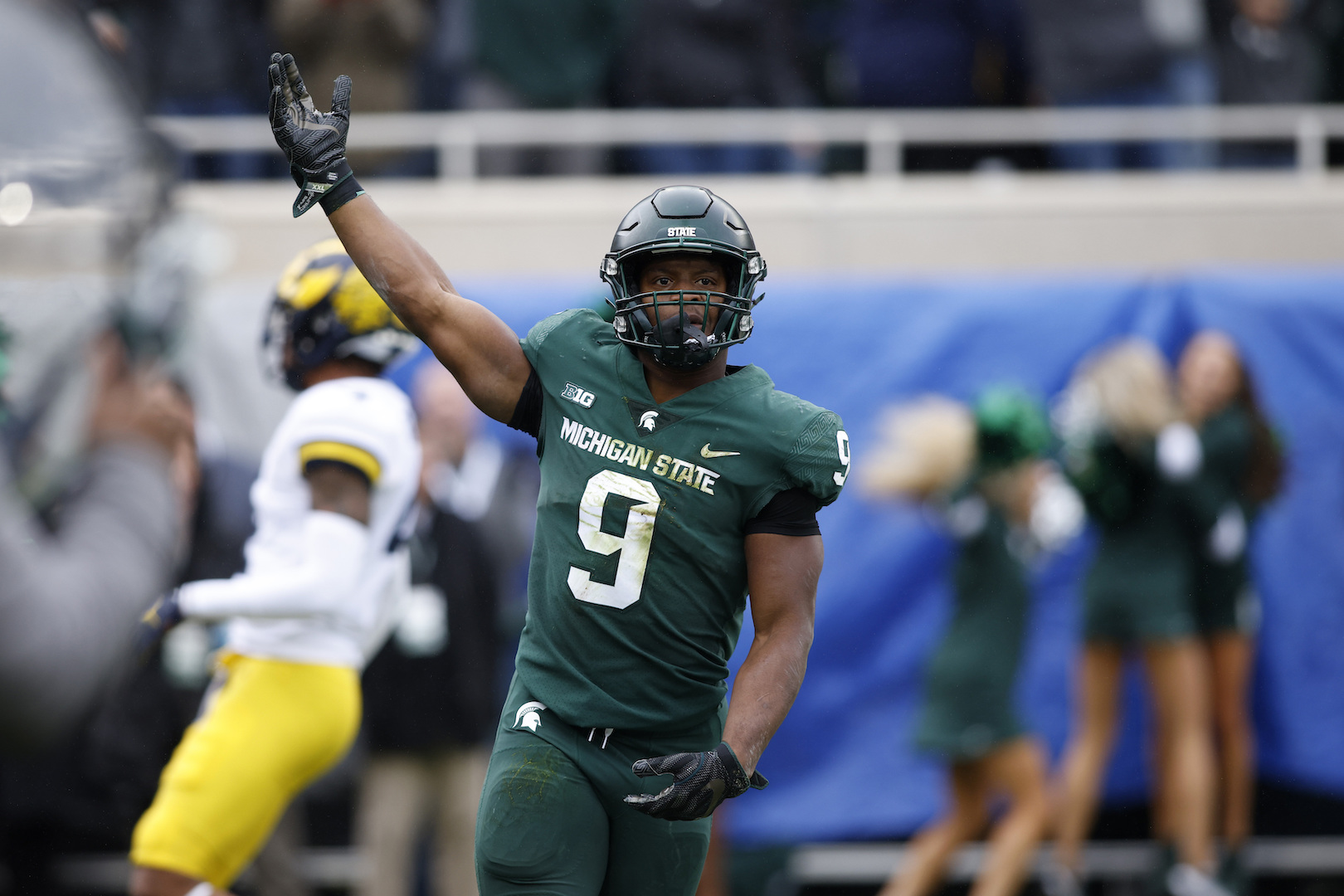 
We have a new leader in the clubhouse in the 2021 Heisman Trophy race.

The feeling all year has been that there are a bunch of worthy Heisman candidates, but that no player has quite separated themselves into frontrunning status. That should have changed over the weekend after Kenneth Walker III ran for nearly 200 yards and five touchdowns to lead Michigan State over Michigan. Walker has paced the nation in rushing yards all year, and he had a major “Heisman moment” in the performance versus the in-state rival.

Alabama had off last week, but Bryce Young was probably set to fall to No. 2 in the Heisman race either way because of the way Walker played on Saturday. Young will do battle with LSU this weekend.

Matt Corral suffered an ankle injury in the first half of last week’s loss to Auburn, which forced him to miss time. The ankle issue first popped up against Tennessee a couple of weeks ago, but Corral is going to push through it. Ole Miss falling out of the top-ten hurts Corral’s Heisman status, but he’s obviously been one of the top dual threats in the country and remains in the mix.

C.J. Stroud lands back in the top five after throwing for 305 yards and a touchdown while avoiding mistakes going up against a tough Penn State defense. It helps having the outstanding supporting cast that he does with Ohio State, but Stroud has stood in the pocket and made strong throws this season, particularly after his return from a one-game absence due to a shoulder injury in late September.

You can make an easy argument for Kenny Pickett to remain at No. 3 or No. 4 in the Heisman rankings. Pickett threw for 519 yards and three touchdowns in a close loss to Miami, and he’s thrown for 901 yards and nine touchdowns in the Panthers’ two losses this season. Perhaps unfairly, team success helps push guys up the Heisman race, particularly at quarterback.