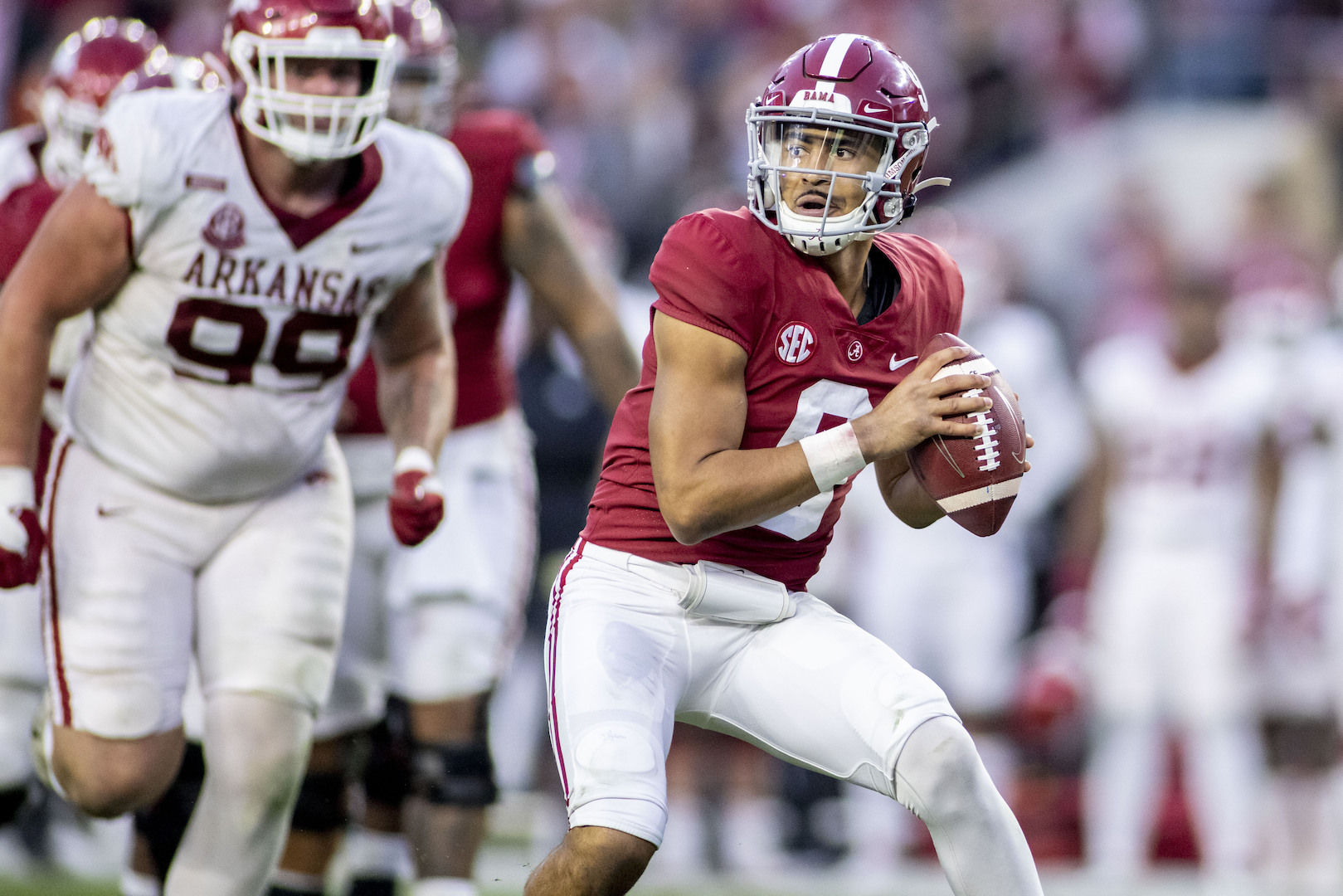 
Has a clear top-two emerged for the 2021 Heisman Trophy race heading into the final week of the regular season?

Recency bias might be pushing Bryce Young out from the top of many Heisman lists and from the top spot in the Vegas odds, but the star sophomore quarterback should be the favorite. Young torched Arkansas for 559 passing yards (the second-most in SEC history) and five passing touchdowns in Alabama’s 42-35 win last week.

While Young remains at No. 1, C.J. Stroud certainly put himself squarely in the Heisman discussion after going 29/31 for 393 passing yards and six passing touchdowns… in the first half of the top-ten matchup against Michigan State. As the insane efficiency indicates, Stroud put throws on the money with stellar accuracy—including on touchdowns deep down the field. But keep in mind that the Spartans, despite a great year overall, did have the worst pass defense in college football.

Unfortunately, Kenneth Walker III fell victim to the onslaught from the other side of the ball, as being down multiple touchdowns very early in the game and 42-0 at halftime made it very difficult for him to get going. Walker had just six carries for 25 yards. He shouldn’t be counted out of the Heisman race entirely, but Saturday was basically a worst-case scenario for his candidacy.

In his final home game for the Rebels after announcing he will be declaring for the 2022 NFL Draft, Matt Coral threw for 326 yards and a couple of touchdowns versus Vanderbilt. Corral is up to 29 total touchdowns on the season, but he’s probably a distant fourth in the race.

And Kenny Pickett is right in the mix with Corral behind the top three. The Pitt quarterback had another big day slinging the ball around last week against Virginia, throwing for 340 yards and four touchdowns (two interceptions) to match Bryce Young’s 40 total touchdowns this season.