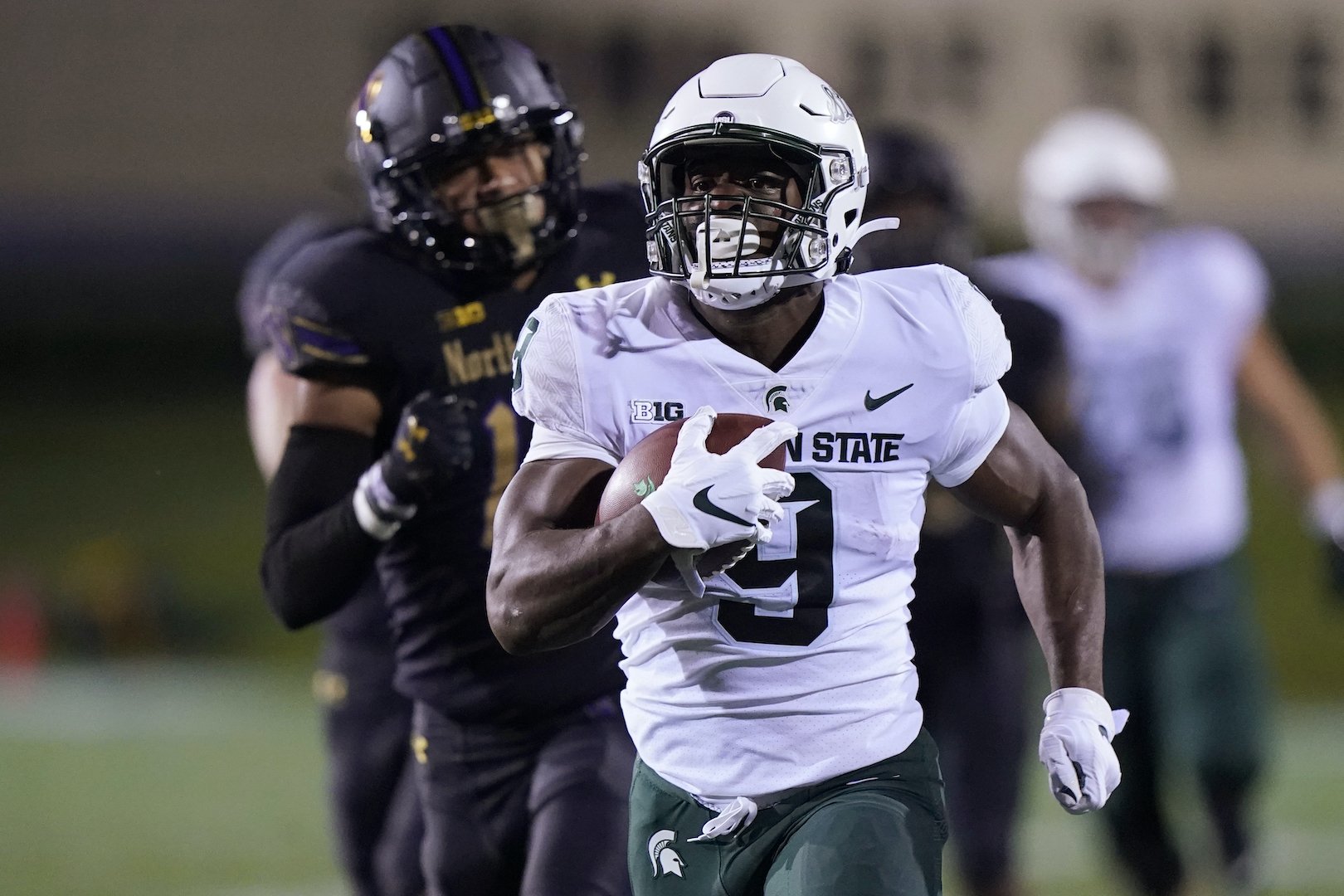 
One week down (pending the Louisville-Ole Miss game tonight), and the Heisman Trophy race has had a few players emerge as potential contenders for the honor in 2021. There’s a long way to go, but these guys all deserve to land in a mixed up top five compared to last week.

While Bryce Young wasn’t included in the top five before he made a college start, his first game as the starter for Alabama was better than Jalen Hurts, Tua Tagovailoa, and Mac Jones before him. Young lit up ranked Miami for 344 yards and four touchdowns, making the Crimson Tide feel like a flag football offense much like Jones did last season. Alabama is the best team in the nation, and Young looks like he’ll have a good shot to win the Heisman at the end of the year.

23 carries for 264 yards and four touchdowns. Not a bad evening for Kenneth Walker III in Michigan State’s blowout win over Northwestern on Friday. Walker deserves more national recognition, and he should without a doubt be on all Heisman watchlists after one full week of college football.

The two interceptions weren’t ideal when just looking at the stat line, but preseason favorite Spencer Rattler played well for the Sooners against Tulane, scoring once through the air and once through the ground. Still, he drops a couple of spots in the rankings after starting out at No. 1.

Zach Charbonnet has run for 223 yards and four touchdowns through two games for UCLA this season (the Bruins played Hawaii in Week 0)… on just 17 carries. The performance against a stout SEC defense like LSU was extremely impressive, and Charbonnet is someone to keep an eye on if UCLA can continue to play well and break out in 2021.

Desmond Ridder totaled five touchdowns (four passing, one rushing) in his season debut, and the senior quarterback should be squarely in the Heisman mix as an experienced quarterback leading a top-ten team. Playing in the AAC, Ridder is going to have to put up some massive numbers and have the Bearcats go unbeaten to have a Heisman shot, but he’s off to a good start.