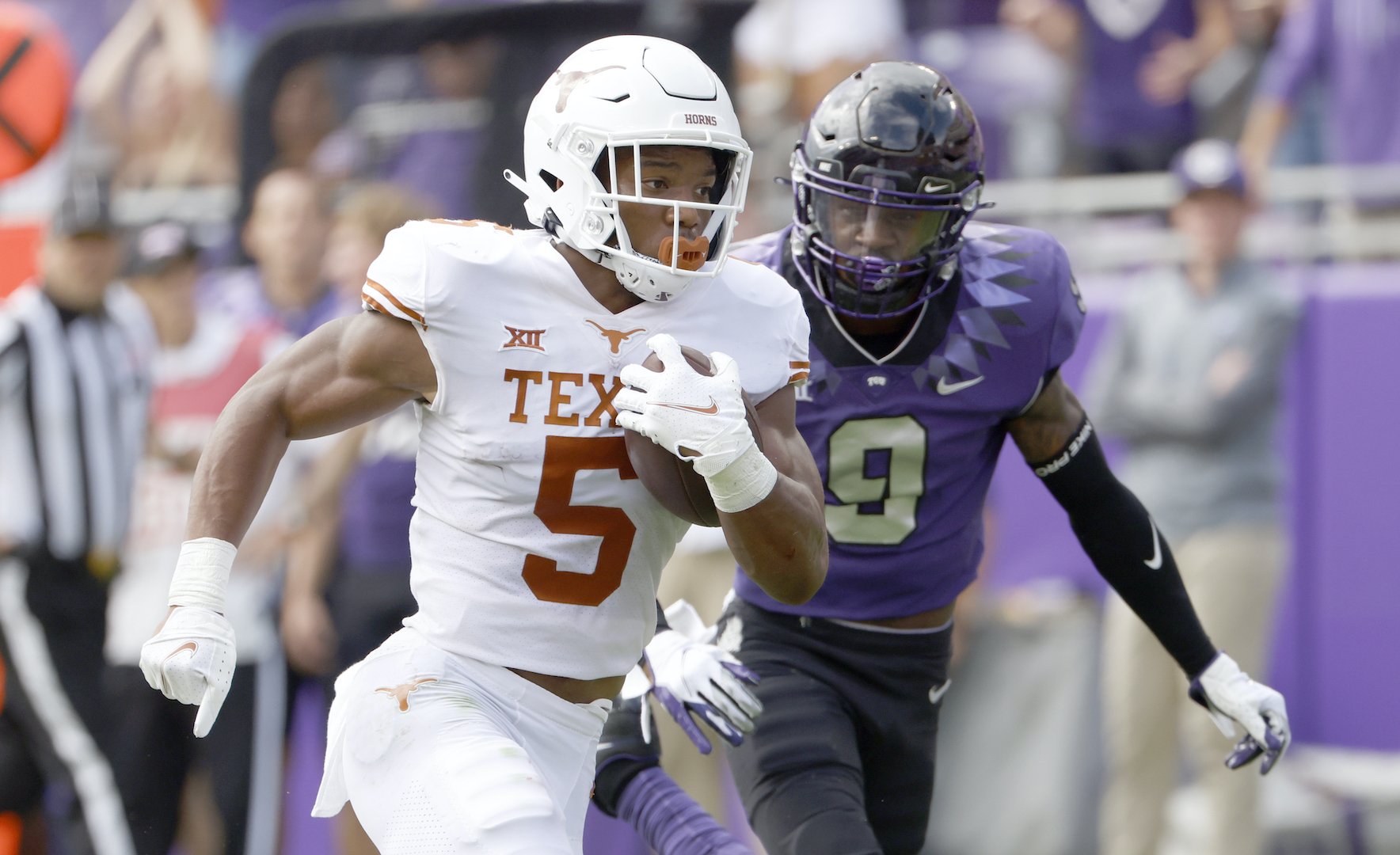 
Excellent running back candidates have emerged as Heisman contenders, but the favorite is clear after a handful of weeks.

While Bryce Young might have tried to do a little too much on his second interception of the season, it was another very strong performance in the Tide’s win over the Rebels. Young has looked extremely calm all season, preferring to scramble and look to throw instead of taking off to run. The passing numbers, and Young’s play, have been great through the first month.

The numbers weren’t monstrous, but Desmond Ridder iced the game—with a clutch fourth-quarter drive capped off by a rushing touchdown by the quarterback—for Cincinnati in one of the biggest wins in program history over Notre Dame. After a relatively slow start throwing the ball, Ridder finished 19/32 for 297 yards and two touchdowns.

There wasn’t much Matt Corral could do to lead Ole Miss to an upset victory over a superior Alabama squad. But that was the big opportunity to seize control of the Heisman race. Corral played fine, and his 16 total touchdowns are just behind Bryce Young, but the team success of Young and Ridder get them the top two spots for now.

Kenneth Walker put in another fantastic outing for Michigan State, rushing 24 times for 126 yards and three touchdowns in a win against Western Kentucky. The junior running back still leads the nation in rushing, and he is ranked just above two other running backs for the No. 4 slot in the early race.

But both Texas’ Bijan Robinson and Ohio State’s Tre’Veyon Henderson are pushing themselves near the front of the Heisman conversation. Robinson is the choice for the top five position due to his receiving output on the season and his 216-yard, two-touchdown performance versus TCU over the weekend. Robinson, who is second in the country in rushing, is squarely in the Heisman race.