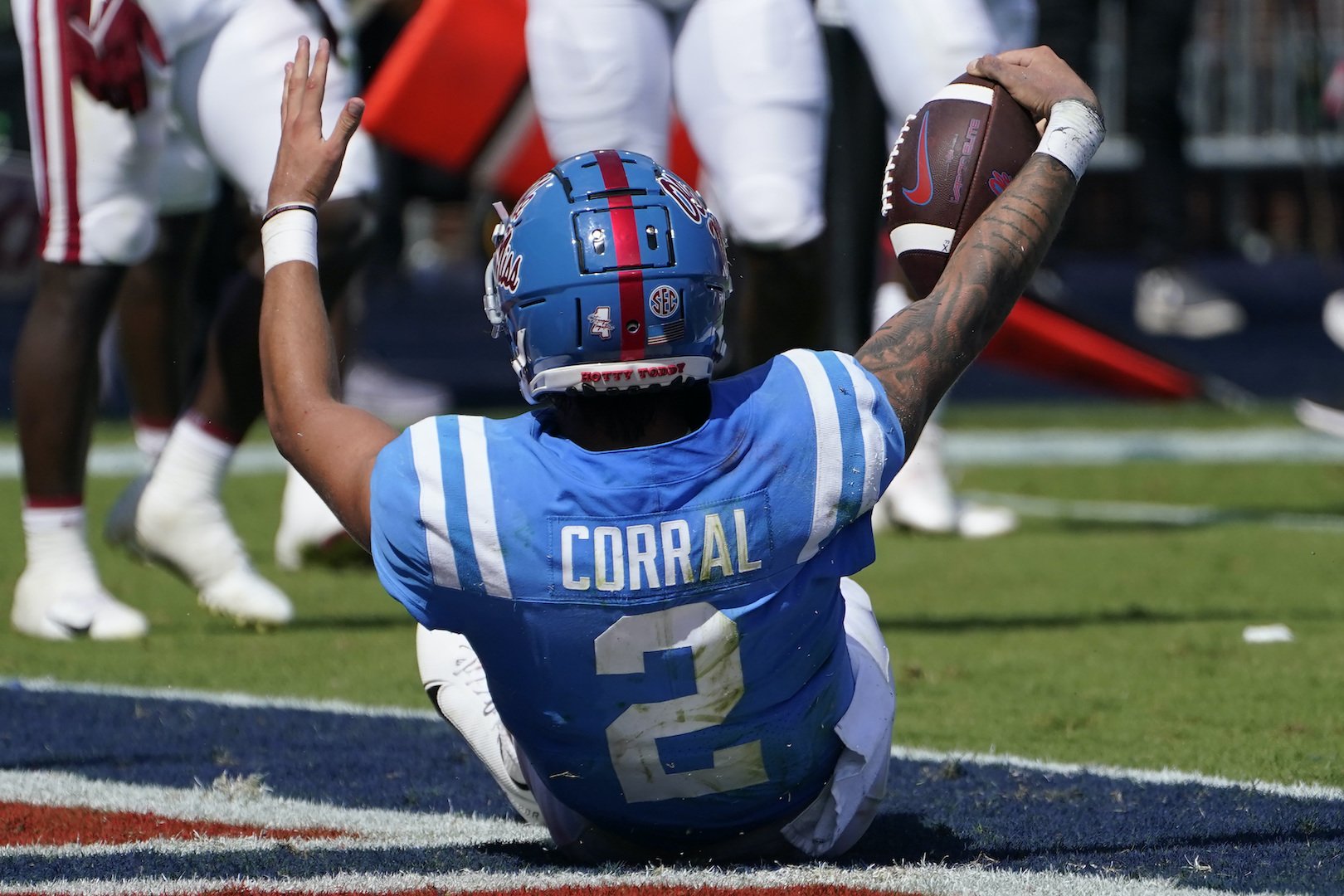 
Just like the season itself, the 2021 Heisman Trophy watch is wide open after a crazy Saturday of college football.

Alabama suffered its first loss of the season in College Station, but Bryce Young did his part in leading the Crimson Tide to 522 total yards and 38 points. But while Young might have had a shot to run away with the Heisman if Alabama was an unbeaten team and he kept putting up sensational numbers, things are naturally more open now after his team lost. Still, he leads the candidates.

Matt Corral bounced by from his team’s first loss of the season, leading Ole Miss to a thrilling victory over ranked Arkansas in a big SEC matchup. Corral had 287 passing yards, two passing touchdowns, 94 rushing yards, and two rushing touchdowns. He’s been a tremendous dual threat this season.

Tucked away on Friday night, Desmond Ridder had a strong, efficient performance for Cincinnati in their home win over Temple. Leading the No. 3 team in the nation, Ridder should be getting more Heisman hype than he is.

Kenneth Walker III is separating himself among the nation’s leading rushers, adding another 223 carries and a score in No. 10 Michigan State’s win over Rutgers. He’s behind the quarterbacks for now, but an easy argument could be made for Walker, leading an unbeaten team, to be in the top spot of the Heisman race at this point.

C.J. Stroud and TreVeyon Henderson of Ohio State are both making a strong case to move into the top five or higher, but Bijan Robinson keeps this spot for now. Robinson had 137 yards and a touchdown in a crushing loss to Oklahoma in the Red River Showdown.