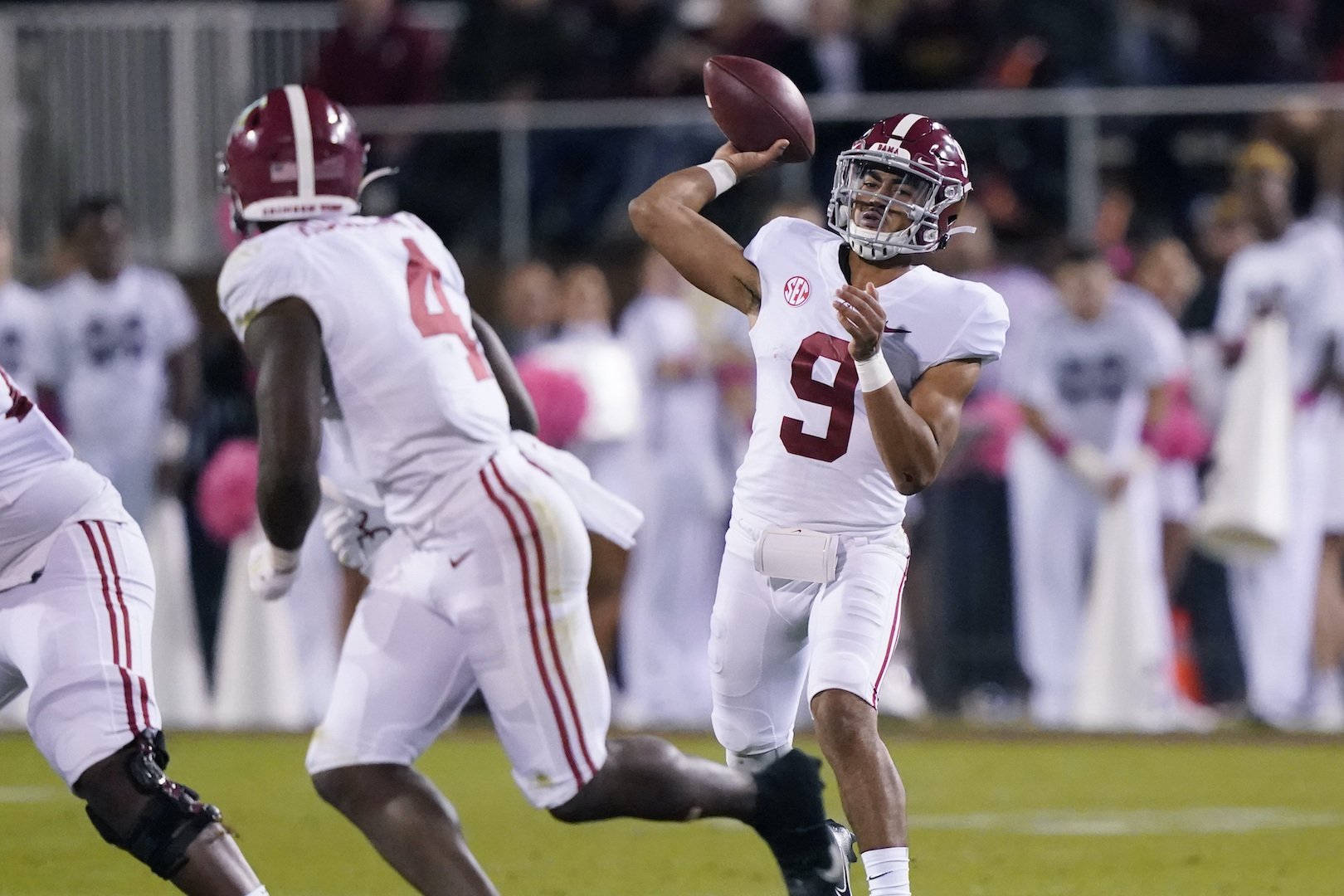 
The 2021 Heisman Trophy race remains incredibly tight, and it only figures to heat up over the next several weeks.

Bryce Young actually ran the ball a little more versus Mississippi State over the weekend, but he’s still at negative rushing production on the season including sacks. Through the air is where the star quarterback continues to do his damage, going 20/28 for 348 yards and four touchdowns as the Crimson Tide got back on track with a win.

Matt Corral didn’t have his best game as a passer in Ole Miss’ narrow win over Tennessee, but he did what it took for his team to get the victory, rushing 30 times for 195 yards. As the race likely remains close down the stretch, Corral might benefit by having a hype man like Lane Kiffin campaigning and singing his praises for the Heisman.

While Kenneth Walker III didn’t have a huge rushing performance on Saturday, his steady presence in the backfield helped the Spartans win a defensive battle over Indiana to improve to 7-0 for the first time since 2015. Walker is just three rushing yards shy of 1,000 on the season.

Desmond Ridder slips one spot again, and he’s in danger of soon falling out of the top five. The ground game for the Bearcats did most of the damage last week, with Ridder throwing for under 200 yards. It’s safe to say that Ridder would take team success and a trip to the College Football Playoff over a Heisman Trophy, but he might need more monster individual performances to have a good shot at the award.

The loss by Texas hurts, but Bijan Robinson was again electric for the Longhorns, scoring three total touchdowns (two rushing, one receiving) against Oklahoma State. Robinson is inching closer to Kenneth Walker’s rushing numbers, and the receiving production (14.8 yards per reception) has been superb.