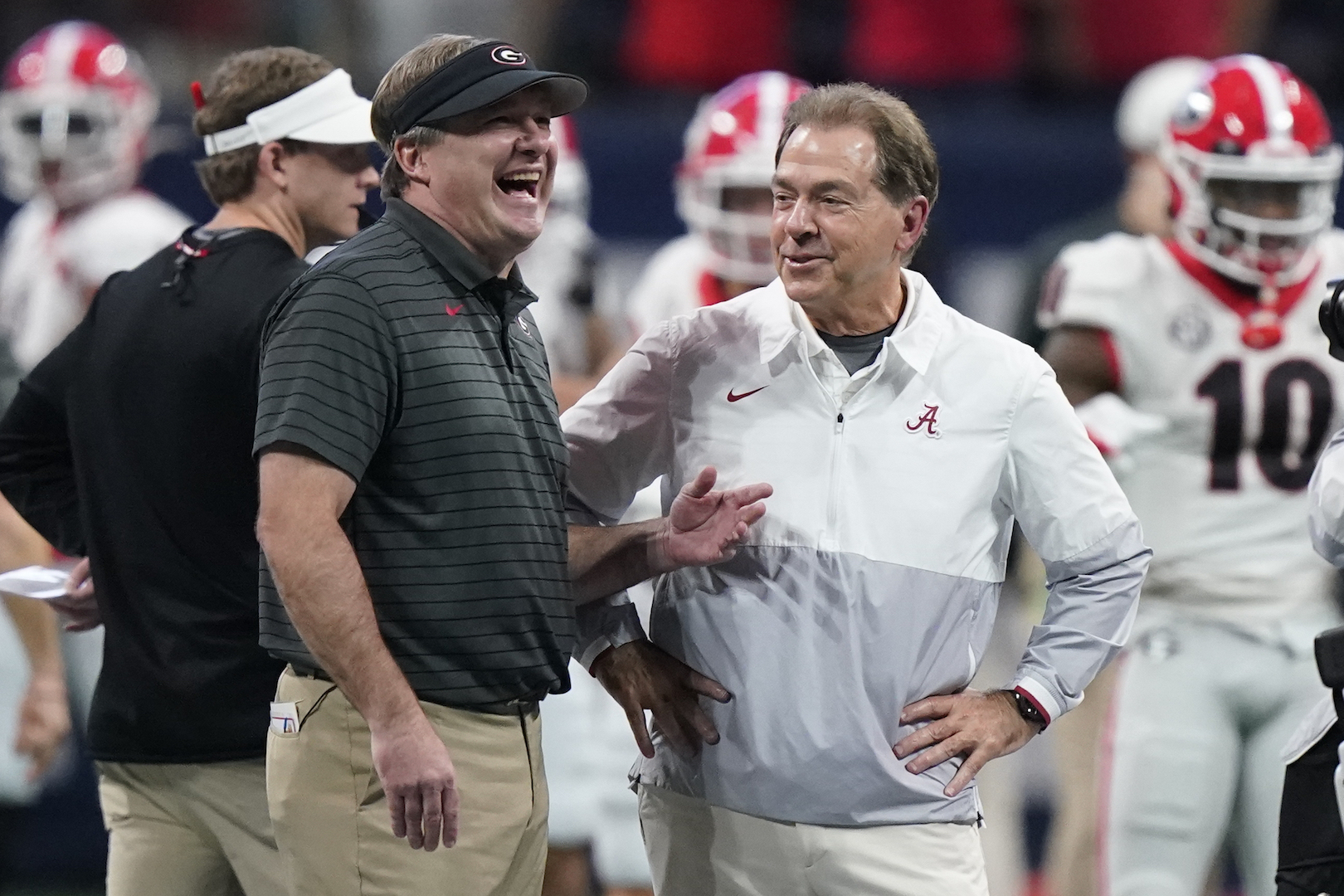 
The 2021 college football season was able to get back to normal after a COVID-impacted 2020 campaign, and it concludes tonight when the Georgia Bulldogs and defending champion Alabama Crimson Tide play in the CFP National Championship Game.

Clearly the two best teams in the country this season, Alabama and Georgia will again square off in a championship game—which there have been a few of since Kirby Smart took over the Bulldogs program. This will be the second CFP National Championship Game matchup between the SEC foes, with the first coming three years ago and ending with Bama winning on Tua Tagovailoa hitting DeVonta Smith for a deep touchdown in overtime. Alabama has won seven consecutive games in the series overall, and there’s no doubt Georgia is looking to get over the hump.

All season, the Bulldogs boasted the top defense in the nation (9.6 points allowed per game), completely shutting down all opponents until they lost 41-24 to Alabama in the SEC title game. Heisman Trophy winner Bryce Young calmly and coolly operated the Tide offense, totaling 461 yards and four touchdowns in the matchup, and his unshakeable demeanor should again shine under the bright lights with a national title on the line. Star receiver John Metchie is unfortunately out with the torn ACL suffered earlier this season against Georgia, but Ja’Corey Brooks and others have stepped up at receiver along with stud weapon Jameson Williams. Also on offense, Brian Robinson Jr. is coming off 198 yards rushing in the Cotton Bowl, so we’ll see if Alabama can get their run game going more this time around. And after shutting down Cincinnati in the CFP Semifinal, Alabama might be playing their best defense entering the rematch.

For Georgia, the defense is filled with sensational players on all three levels, including defensive lineman Jordan Davis, linebacker Nakobe Dean, and former Clemson cornerback Derion Kendrick. The numbers speak for themselves, as does the energy they typically play with, and you can expect a much better outing versus Alabama than the first time around.

Offensively, senior running back James Cook is a guy that makes Nick Saban nervous, and keep an eye on him as a potential mismatch nightmare on linebackers. Another difference-maker should be phenom true freshman tight end Brock Bowers, who hit the Tide for ten receptions, 139 yards, and a touchdown back in early December. But the biggest key for the Bulldogs among their skill players might be wide receiver George Pickens, who made a great recovery from a torn ACL last spring and is still working his way back into the swing of things. The six-foot-three receiver is extremely talented and can be a major presence on the outside for Georgia’s offense.

You can drill it down further and get down to how the Georgia quarterback and the Bulldogs can produce on third downs and keep drives moving; but overall, Bennett’s performance will obviously be critical tonight. Bennett has taken control and leadership of the Georgia offense this season, and his teammates love playing with him, but the former walk-on has performed much better facing teams that are not Alabama. In two career starts against the Tide, Bennett has five interceptions. However, he appeared to get more confident in this season’s SEC Championship Game loss, and he’ll look to take that into the national title game.

I am expecting a very close game, but Alabama has the Heisman Trophy winner and is led by Nick Saban. The Crimson Tide might just be too much. – Kevin Davis

Picking against Alabama and Nick Saban is not the wisest of moves. I’ve been surprised to see Georgia favored in the game, which actually makes me more uneasy about picking them. However, that said, I think the defense will play much better than they did over a month ago (not having to face Metchie might help there), and that Stetson Bennett will make enough plays for Georgia to finally beat Alabama and get their first national championship since 1980. – David Chappine