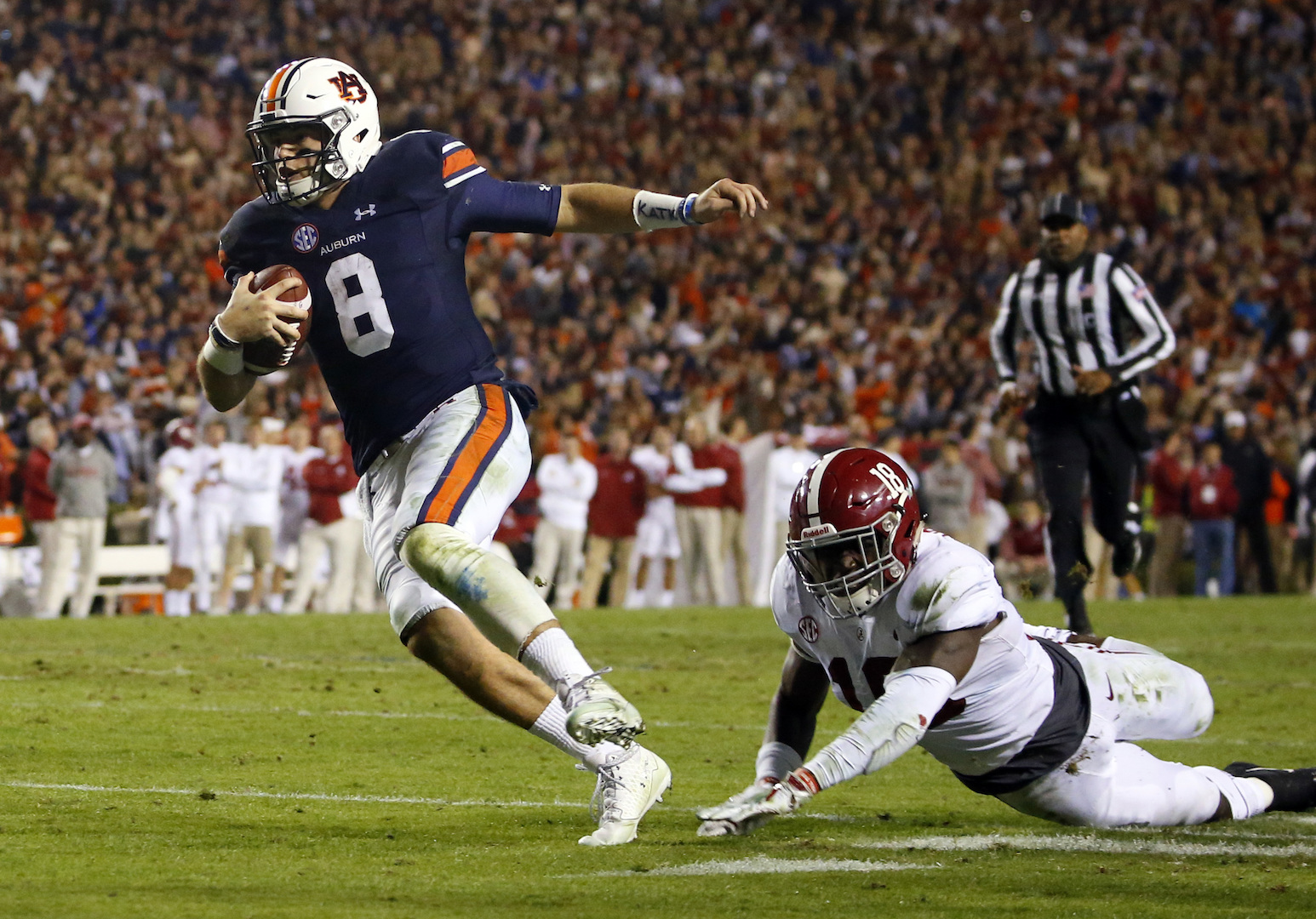 
Summer is flying, and college football is just under one month away from kicking off. Many fans prefer to stick with the on-field product and just watch the action unfold every Saturday, but betting on college football will be a bigger story in 2018 and beyond after the Supreme Court’s decision a few months ago. These are the teams I believe offer the most value using OddsSharks’ national title odds.

While they lost Saquon Barkley and others from last season, it’s surprising that Penn State has just the ninth-best odds to win the national championship according to OddsShark. Trace McSorley is arguably the best player in the nation entering this season, and the Nittany Lions have a ton of talent on both sides of the ball. I think they might soon be among the programs like Clemson and Ohio State (Alabama is probably on another level) as title contenders every year.

Entering his second season at the controls of Gus Malzahn’s offense, Jarrett Stidham should be even better after a very good season for the Tigers in 2017. Kerryon Johnson is gone from the backfield, but the Malzahn’s attack should be able to rotate guys, including Kam Akers, in with a lot of success. Games versus Washington, Georgia, and Alabama will no doubt be tough, but they’ll probably be the title favorites if they get through that and into the Playoff. Auburn was just a game away from the College Football Playoff last season.

Quarterbacks are a theme here, and Michigan State has a good one with Brian Lewerke. Along with running back LJ Scott, who returned to go for a Big Ten title instead of heading to the NFL, the Spartans are set with the two players that are going to have the ball in their hands the most. And Mark Dantonio is one of the best coaches in college football. Michigan State has a lot of potential.

These last two teams have such longshot odds that they are worth placing a small bet on. Scott Frost showed he can quickly turn a program around, and he led UCF to what they claim was a national championship season last year. It’s asking a lot for Frost to get a Big Ten team to that level in his first season, but Nebraska might catch opponents off-guard with their offense. The Cornhuskers have games on the road against Michigan, Wisconsin, and Ohio State, but they do not have a challenging out-of-conference slate.

+20000 odds for a Chip Kelly-coached team doesn’t make much sense to me, and a $100 bet would yield $20,000 if the Bruins run their fast-paced offense all the way to a championship in 2018-2019. Kelly is 46-7 as a college coach, and he’s shown he can make quick turnarounds happen at both the college and NFL level—he’s one of the best coaches you’ll find. Washington is the clear conference favorite, but the Bruins host them at home. A Pac-12 title—and potentially more—is not out of the question.