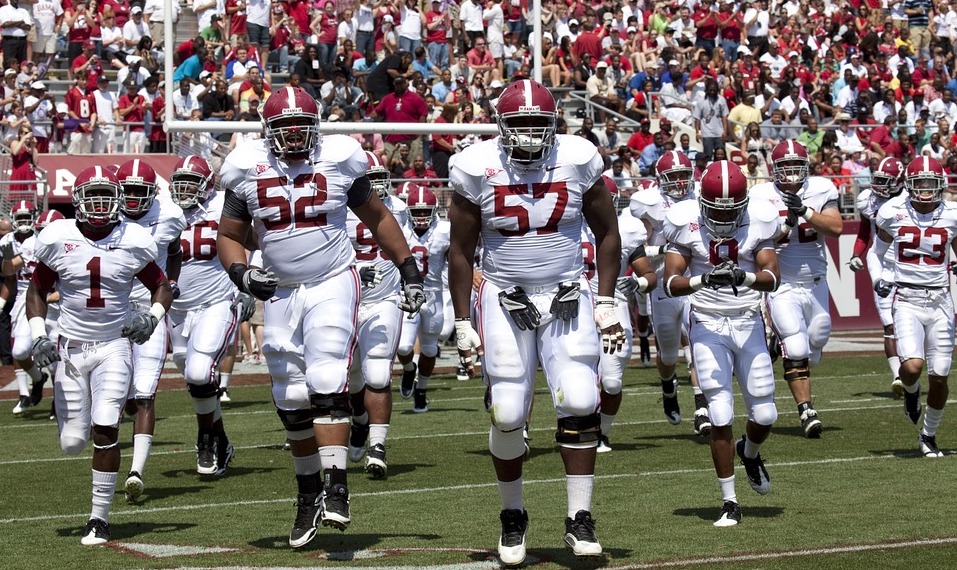 
About as big of a surprise you’ll see at this time of year in college football just happened, as Oklahoma Sooners head coach Bob Stoops has retired. Stoops was the head coach of the Sooners for 18 seasons, dominating the Big 12 Conference, making the second College Football Playoff in 2015, and winning a national championship in 2000.

Bob Stoops deserves a lot of recognition and praise for his time with the program. He lived up to the reputation of the program and was a class act as the head coach.

Now, Lincoln Riley—who just became the OU offensive coordinator in 2015 and is 33-years-old—will be the head coach of one of the most prestigious programs in college football.

Riley is considered by some as a “genius,” and he has a prime opportunity in front of him, thanks in part to Stoops’ sudden retirement. It got me thinking: what are the top jobs in college football?

The Crimson Tide have world-class facilities, recruit world-class players, and world-class fans. Nick Saban has a lot to do with where Alabama is now, and you can’t just say any head coach would do as good as Saban—they wouldn’t.

Since Urban Meyer got to OSU, they’ve been right up there behind Alabama as the top program in college football (they’re probably third behind Bama and Clemson). The kids seem to love Ohio State, and a lot of them want to go there.

They’re just bouncing back from the lull they were on for a few years, but Michigan has to be considered one of the top jobs in college football. “The Big House” delivers one of the best environments in all of football.

If you’re looking to collect boatloads of cash while coaching football, Texas might be your spot. The other schools will certainly pay top coaches, but Texas has their own television network and you’d be an absolute legend if you get them back on top.

The team second behind only Alabama in national championships is an enticing job. They do schedule some tough games each year, but if you can build up a strong team and take advantage of not playing in a big conference like the SEC or Big 10, there will be a lot of noise for getting into the College Football Playoff.