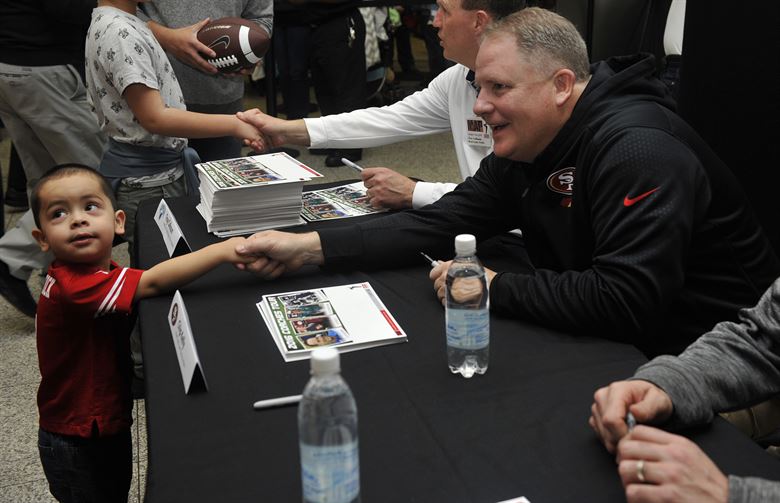 Chip Kelly To The University of Florida Rumor Roundup With Analysis


It’s only November, but two head coaching positions at big-time programs are already open around the country at the University of Florida and the University of Tennessee. After the NFL season, there will be some more head coaching gigs open—and if teams want a head start, perhaps even sooner than season’s end. In college football, Florida and Tennessee already have gotten head starts—and if you do a quick search on Twitter, you’ll see the majority of fans from both schools want to hire former University of Oregon, Philadelphia Eagles, and San Francisco 49ers head coach Chip Kelly.

Gator fans in particular have been going crazy trying to figure out if their school will seal the deal and bring Kelly on board. Fans have been relentless in telling Florida’s Athletic Director, Scott Stricklin, to just make the hire already. We’re tracking the situation, and here’s everything you need to know about Chip Kelly potential coaching the Gators.

A couple of days ago, there were rumors Stricklin was in Connecticut meeting with Kelly, who currently works for ESPN there. However, Stricklin attended a sports administration class and answered some questions:

What should I️ ask him? pic.twitter.com/Hqpt7I92vr

Since that time, there have been various people saying Kelly to Florida is a done deal—though it has been nowhere near confirmed yet. What has seemingly been confirmed is that the Gators do indeed want Kelly as their next man to lead the football program. Yesterday, Darren Heitner of the Sports Agent Blog reported Florida is “looking at” Kelly as the next head coach, while adding the SEC has given the OK if they want to hire him (Kelly’s Oregon program violated NCAA rules before he left for the NFL in 2013).

However, Steve Spurrier flat-out denied it:

I am not recommending anyone for the job. We all have complete confidence that Scott Stricklin will make the best choice for our school – and we will support his decision 100 percent. https://t.co/GREyvfIfFW

And to top it off, Stricklin comically gave some advice for the day, which is at the very least a wink and nod to those keeping up with the rumors.

That makes it seem likely that Stricklin is at least optimistic about getting the man he wants for the job—whether it be Kelly or someone else. The inner politics, which ruins many organizations today, might be a factor, but it appears Chip Kelly is the guy Florida wants to take over the program.

Kelly wanting the job is a completely different story. The University of Florida is undeniably one of the best all-around sports universities in the country, and Kelly would have many, many great players from the state of Florida (and other places) that would love to be a Gator for him. His success at Oregon (46-7 record) happened because he’s an excellent coach and should be atop every team’s wish list.

However, Kelly wants to be in the National Football League, and he’s not the type of person to just take a job as a stepping stone to another job—he’s said as much himself. So taking the job at Florida would, in all likelihood, mean at least another two or three years of not being in the NFL. Also, Kelly probably doesn’t want to deal with having to deal with the many boosters at Florida (at Oregon, friend Phil Knight could do most of the boosting). Ultimately, this might come down to whether Kelly wants to take the Florida job—which might be the best college job to come available this year—or hope an NFL team (the Browns?) gives him another opportunity.