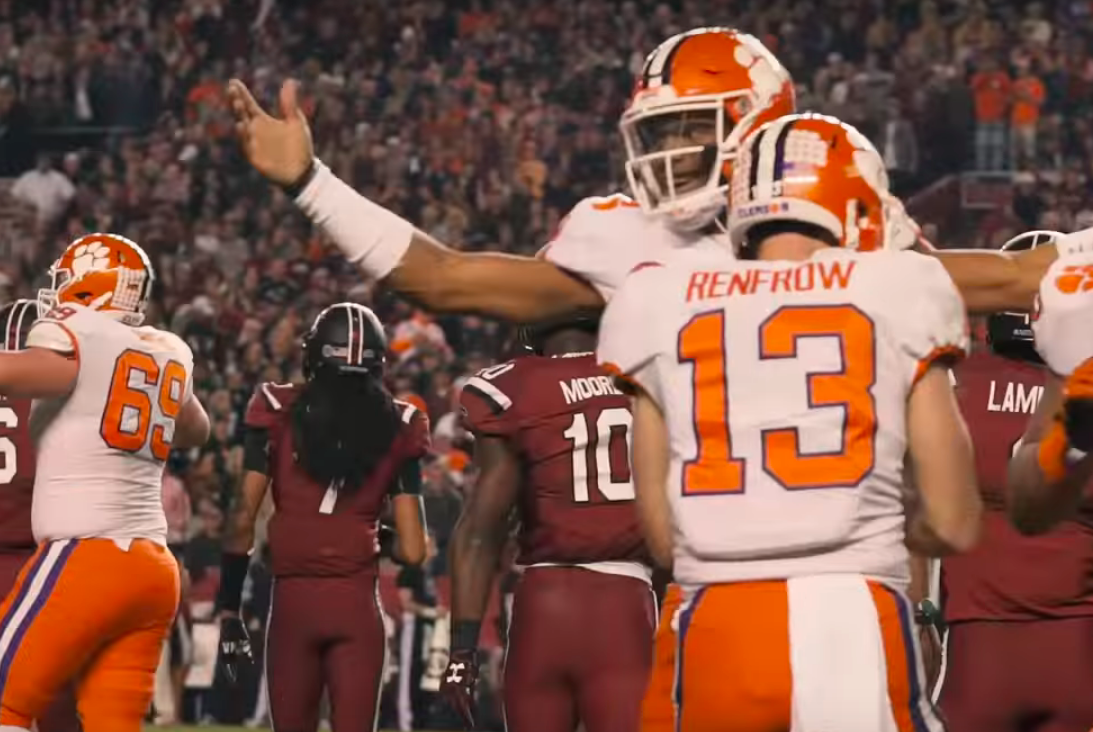 
The deadline for players to declare for the 2018 NFL Draft passed earlier this week, and it’s always fun to look ahead to next fall, so we’re going through the top 25 college football teams for 2018. A lot will change over the next several months, but this is just an early look. The top three teams are not a surprise, but the landscape looks extremely deep, with Oklahoma, Miami, and Michigan being among the teams that could easily be well-inside the top ten.

Christian Wilkins, Clelin Ferrell, and Austin Bryant have all opted to return to school—and as a true sophomore, Dexter Lawrence had no choice but to return—so you can bet the big fellas up front on defense are on a mission to claim a second national title in three years.

When in doubt, go chalk with Nick Saban and Alabama. The quarterback situation is a good problem to have, with Jalen Hurts playing excellent over two seasons as a young starter but phenom Tua Tagovailoa looking like a stud in the National Championship win. Alabama might be the safest bet to be in the Playoff.

They are suffering some huge losses heading into next season, with Nick Chubb, Sony Michel, and Roquon Smith being among them; but quarterback Jake Fromm will be back as a true sophomore, which should help keep Georgia among college football’s elite.

The first season for Jim Leonard as the defensive coordinator for the Badgers could not have gone much better, as they might have been the best defense in the country. On offense, quarterback Alex Hornibrook will enter the season with more experience, and running Jonathan Taylor is a Heisman favorite. They also have some impressive young and explosive receivers like Danny Davis.

2016 was clearly an anomaly for Michigan State, as the program might be the most underrated in the country. Brian Lewerke looks like an NFL quarterback, and L.J. Scott is returning to school for his senior season. With those two leading the offense, the Spartans are on the rise.

There aren’t many bigger losses than the one Penn State is suffering with Saquon Barkley headed to the NFL, but Miles Sanders is more than capable of doing some damage with a big workload. Also, quarterback Trace McSorley returns as one of the best players in the Big Ten.

Urban Meyer will have his team in the mix every year, and 2018 should be no different—even with the loss of senior leader J.T. Barrett. Greg Schiano is back as defensive coordinator after the unfortunate situation with the University of Tennessee, so the defense should be great.

Kerryon Johnson was a big catalyst that helped make the Auburn offense go in 2017, but Gus Malzahn has shown he can get excellent play out of many running backs. If the offensive line can sustain its level of play, Auburn will be tough to beat next season.

As displayed in these rankings and every year in college football, good coaches are critical to a team’s success. Chris Peterson is among the best in the nation and he’ll have a senior quarterback in Jake Browning under center for 2018.

Bryce Love returns as arguably the best player in the country after he finished second in the Heisman Trophy voting. With Love pacing the offense to go along with several senior leaders on defense, the Cardinal are among the Pac-12 favorites—but they’ll have to travel at Washington in early November.

Next season’s opening game for Miami will be against LSU, and it might be their toughest test of the year. Many players will be back for the team that played with a ton of swagger when things were going well.

Baker Mayfield was one of the most efficient passers in college football history, so he’ll be a big loss for the Sooners. Kyler Murray has some blazing speed and could deliver more of a running element at quarterback.

Most expected Jim Harbaugh to get the program to national title contenders by now, and 2018 might be the year. This could be way too low, but Michigan State and Ohio State have beaten him five out of six times.

As stated earlier, coaches are critical to a team’s success, and UCLA got a great one with Chip Kelly. It might take a year or two to rebuild the program, but it wouldn’t be surprising if the Bruins were squarely in the top 25 in 2018.

College football reporter Bruce Feldman has maintained USC feared UCLA getting Chip Kelly, and their fears have been confirmed. Losing Sam Darnold doesn’t help, but the Trojans always have a ton of talent on the roster.

Scott Frost worked magic with the UCF football program, and it’s just a matter of when he does the same with results for his alma mater Nebraska. It could be in his first season.

Dan Mullen is also looking to turn around a storied program, and Florida has the athletes to make a quick turnaround possible. Quarterback is probably the team’s biggest question mark.

The Big 12 isn’t too strong of a conference that Texas can’t do some major damage in 2018. Head coach Tom Herman will be entering his second season with the team, and he’ll attempt another superb second season like he had when he was the head coach at Houston.

LSU just doesn’t seem ready to compete with Alabama and some of the other top-tier SEC teams right now, but things could switch up at any point.

While Scott Frost is headed to Nebraska and they’re losing some key players, UCF still belongs in the top 25 after they were arguably a top 3-5 team in the country this season. Quarterback McKenzie Milton is a stud, and he and the rest of the team keeping the Knights in the top ten would not be surprising.

Josh Jackson has a lot of upside at quarterback for the Hokies, and Justin Fuentes appears to know it after turning down interviews for other head coaching positions.

The return of quarterback Will Grier and wide receiver David Sills has many excited about West Virginia’s chances in 2018. Those two could help get the Mountaineers back in the top ten.

This might be too low for Gary Patterson’s squad, but he loses quarterback Kenny Hill, so that position is up-in-the-air heading into next season.

The Fighting Irish must replace running back Josh Adams, who has declared for the NFL Draft, but there’s reason to be optimistic after the program bounced back in 2017.

Jimbo Fisher leaving Florida State was a bit of a surprise, and Willie Taggart will attempt to get the program he loved growing up back to where it was just a couple years ago. Quarterback Deondre Francois being back after he was injured in the opening game of 2017 against Alabama should help.