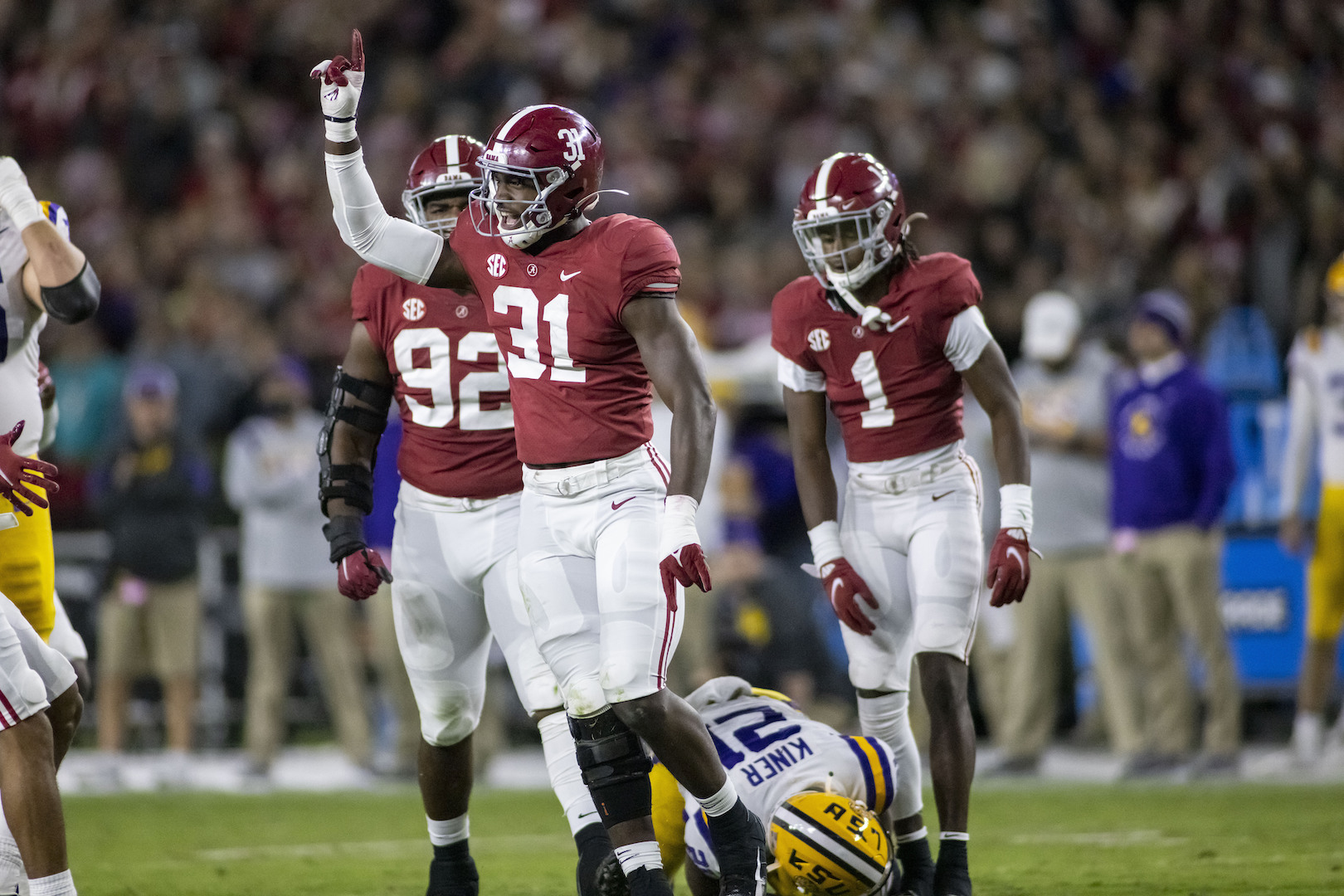 
Alabama quarterback Bryce Young eventually ran away with the Heisman Trophy, but it was one of the most interesting races in years throughout the season. These are the five very early favorites for the award in 2022. Odds are via FOX Bet.

After running away with the Heisman, Bryce Young is the obvious favorite to repeat in 2022. One notable downside is that Young will lose most of his top weapons from this season—but Alabama has uber-talented players to step into larger roles, as was evident when guys got more opportunities during the national title game. Also, Archie Griffin remains the only two-time Heisman winner in history, so Young might face an uphill climb there. But the Alabama quarterback is a great kid, and the voters should not hold back on voting for him if he deserves it again.

The performance against Michigan State and the comeback win over Utah in the Rose Bowl in particular showcased the type of talent CJ Stroud has throwing the football. He’ll lose Garrett Wilson and Chris Olave to the NFL, but that didn’t stop stroud from torching the Utes for 573 yards and six touchdowns when they sat out the bowl game. Teammate Jaxon Smith-Njigba also should get mention as someone that could be in the top five after a record-breaking bowl performance.

We don’t even know where Caleb Williams will play in 2022 (though it seems like he’ll follow Lincoln Riley to USC), but he did enough as a dual threat for the Sooners as a true freshman in 2021 to be bullish on his upside moving forward. With the assumption of him going to southern California, Williams would probably have to quickly help the Trojans get back to near an elite level for strong Heisman consideration—but it could happen in the Pac-12.

Sticking with dual threats, but this time at running back, Texas star Bijan Robinson was getting Heisman recognition for much of his sophomore season after a hot start that included a stretch of five consecutive games with 127+ yards on the ground. Robinson can build on his numbers last season of 195 carries for 1,127 yards and 11 touchdowns along with 26 receptions for 295 yards and another four scores as a receiver.

The 2021 Heisman Trophy race was essentially wide open all season until Bryce Young locked it up with the Iron Bowl and SEC Championship Game, and we could see closer races in the coming years given the way college football is heading with the transfer portal and NIL rules. Michigan defensive end Aidan Hutchinson was second in the Heisman voting this season, and Anderson—who finished with 17.5 sacks and has a ton of hype entering next year—could be squarely in the mix for the honor as a defensive player in 11 months.