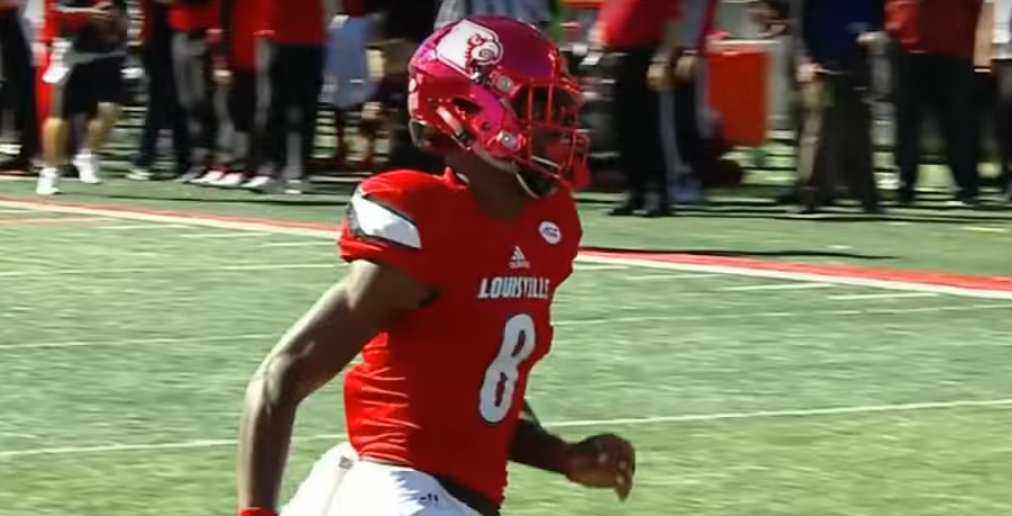 
The college football season is just over a month away from returning, and it should be exciting as always. Alabama usually dominates the landscape, but there is still a lot of parity in college football. The Heisman race this year is similar, with a lot of players considered serious candidates for the prestigious award.

Let’s start with the favorite. After an outstanding breakout 2016 that included 51 total touchdowns, Lamar Jackson took home the Heisman Trophy. Louisville’s quarterback looks like a different breed out there, and he should be motivated to repeat this season and improve on his accuracy as he tries to show NFL scouts what he can do at the next level.

For much of last season, people (especially those in Tuscaloosa) were driving the bandwagon for the Crimson Tide quarterback’s Heisman campaign. Hurts was only a freshman last year, and he’ll look to be even better in 2017. His team is fully expected to be in the top five this season, so that helps his chances.

If not Hurts as a Heisman frontrunner this season, why not his running back? Scarbrough only received 143 carries last season, but he averaged 6.5 yards per carry and showed how much of a beast he can be late in the year. He’ll need to get a big workload to take home the Heisman, but Nick Saban and Alabama might give it to him.

J.T. Barrett is one of those guys you feel like has been in college forever (like Denzel Valentine and Aaron Craft for college basketball). The Buckeyes’ quarterback has the experience to play well and will be making his last stand in his final season at Ohio State. Playing for OSU also helps, and could lead to his potential candidacy being elevated.

The presumptive number one overall pick in the 2018 NFL Draft (if he leaves school) played lights out when he took the field for USC last season. His season ended with a superb Rose Bowl win over Penn State, and he’ll look to carry that momentum into this season as USC tries to get back on top of college football.

He could’ve been a high pick in the draft earlier this year if he came out, but Rudolph returned to OK State and looking to do big things in 2017. His teammate James Washington is also back this season, and the two form a potent combination. If Oklahoma State is a national title contender this year, both Rudolph and Washington will certainly gain serious Heisman consideration.

Putting his off the field issues to the side, Mayfield is electric on the football field. He loses his running mate Dede Westbrook and his head coach Bob Stoops, but Mayfield will still look to keep OU atop the Big 12. The November 4th game versus Rudolph, Washington, and Oklahoma State could be a big one in the Heisman race.

After throwing for 43 touchdowns with only nine interceptions in 2016, Jake Browning will look to do it again without the 40-yard-dash king John Ross. Washington will need to avoid taking a step back after some big losses to the NFL if Browning will remain in the race.

He only appeared in six games last season because of a shoulder injury, but Josh Rosen is a highly-touted quarterback with an important season ahead of him. Playing in the Pac-12 with the opportunity to play Sam Darnold and USC could mean a Heisman statement is there for Rosen to make.

Because Josh Allen goes to Wyoming, this is probably unlikely. Allen will need to put up otherworldly numbers, including in blowouts against Iowa and Oregon, if he’s going to win the Heisman. A perfect season for the top NFL prospect could lead to Heisman hype.