Home / frontfootball / The Best College Football Quarterbacks Of The Decade 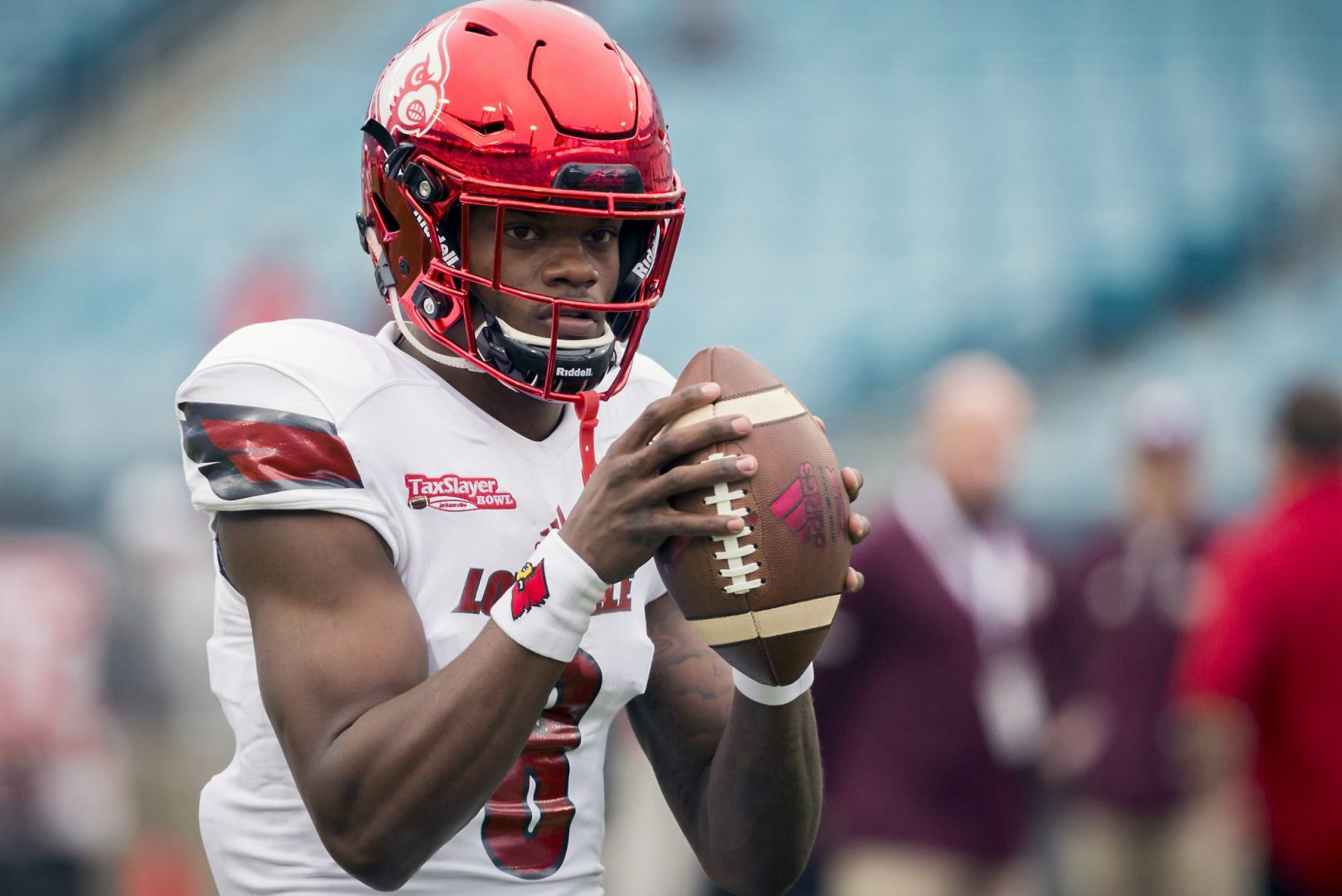 The Best College Football Quarterbacks Of The Decade

Cam Newton (started just one season but won a national title to begin the decade), Andrew Luck, and Baker Mayfield—and you can even make a case for Trevor Lawrence—were among the many quarterbacks that could have taken the No. 5 slot, but Lamar Jackson had to get a spot on the list. The reigning NFL MVP won the Heisman Trophy in 2016, and he played just as well in his final college season as a junior. Jackson was arguably the best runner in college football during his time at Louisville, and he was also a very good passer to all areas of the field. The Cardinals had a solid squad with Jackson, but imagine if the explosive quarterback was surrounded by the type of talent other top signal-callers had the chance to work with throughout their careers.

Joe Burrow is identified as a one-hit wonder for LSU, so you could make the case that he doesn’t belong in the top five ahead of other worthy options. However, Burrow was adequate as a junior in 2018 before taking it to another level last season; and the record-breaking 60-touchdown, Heisman-winning, championship campaign is enough to get Burrow into the top four. Last year in particular, Burrow played with unmatched poise while dealing the ball to his receivers in the pocket and improvising to make plays both with his legs as a runner and outside the pocket. The accuracy and clutch play also stood out for Burrow in 2019.

Speaking of improvisation, it did not get better than Johnny Manziel in recent years. “Johnny Football” took college football by storm during his first year as the starter for the Aggies, becoming the first freshman (he was a redshirt freshman) to win the Heisman in 2012. Manziel ran around and played a backyard style of game, terrorizing defenses with creative, freelance moments. He ran for 1,400 yards and 21 touchdowns as a freshman before dialing back the rushing and upping the insane efficiency as a passer in his redshirt sophomore year—and remember, Johnny did it while leading a new-kid-on-the-block Texas A&M into the SEC. Manziel’s connection with Mike Evans might have been the best of the decade.

Marcus Mariota became an immediate star for Oregon in 2012, and he was outstanding for his three college seasons, getting better every year. The Heisman Trophy winner had TD/INT ratios of 32:6, 31:4, and 42:4 with the Ducks, and that’s not accounting for his rushing touchdown totals of 5, 9, and 15. Mariota preferred to do his damage as a thrower in and outside of the pocket, but he would absolutely shred opposing defenses as a runner if they gave him open field. A prototypical dual threat with a laser-quick release and superb accuracy, it’s almost like Mariota was built in a lab, and he was much more than a product of Oregon’s spread attack.

Somehow, Deshaun Watson was left entirely off the post in question. While Watson is the only quarterback in the top five that did not win a Heisman Trophy, it’s odd that he apparently isn’t regarded as one of the greatest college quarterbacks of all-time. The former Clemson star played phenomenally well against two titanic Alabama squads in the national title game in back-to-back seasons, leading the Tigers to a championship in his final game. Watson had many highlight moments during his three years at school—including once playing on a torn ACL—and he helped take Clemson to powerhouse status under Dabo Swinney.