Home / frontfootball / The Top Ten Candidates For The 2018 Heisman Trophy 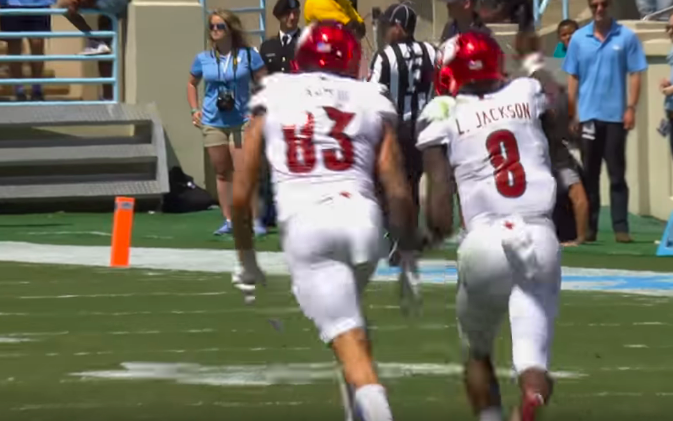 The Top Ten Candidates For The 2018 Heisman Trophy


Baker Mayfield was just crowned the 2017 Heisman Trophy winner, but it’s not too early to start thinking about the favorites to take home the best individual award in amateur athletics next year. While it might not happen, this projection considers Sam Darnold, Josh Rosen, Kerryon Johnson, and Bryce Love all heading to the NFL—with Lamar Jackson staying another year at Louisville.

Louisville head coach Bobby Petrino and the school appear to be planting the seed that Jackson could become the best college football player ever. Jackson himself said last night that injuries are what kept the team from accomplishing their Playoff aspirations this season, so it sounds like he might want to give it another go in college next season. If he remains in school. He’ll be the favorite for the Heisman with a very real possibility of becoming the first two-time winner since Archie Griffin.

If you paid attention to college football this year, you know true freshman Jonathan Taylor looks like the next great Wisconsin running back. Taylor had 1,847 rushing yards and 13 rushing touchdowns in 13 games while pacing the Badgers offense on the way to a Big Ten Championship appearance. He could get 2,000 rush yards

This guy is dynamic. In the SEC Championship win against Auburn, Swift broke a 64-yard touchdown run where he showed his track speed, basically sealing the victory for the Bulldogs. While he’s behind Nick Chubb and Sony Michel right now, Swift, who had 597 rushing yards on only 73 attempts this season (8.2 yards per carry), will be the leader in the backfield next season.

J.K. Dobbins is another extremely explosive true freshman running back, making it three-straight on the list. As a true sophomore next season, Dobbins has a chance to have a similar season as Ezekiel Elliott did as a true sophomore at Ohio State when he ran for nearly 1,900 yards.

Unbelievably, Jalen Hurts just turned 19 in August, and he’s already led his team to the College Football Playoff in consecutive seasons. Alabama’s young signal-caller has room for growth, and he plays for a team that is as good of a bet as any to be in contention all year next season. Hurts probably has the potential to be the best player in the nation.

Like Jalen Hurts, Kelly Bryant’s Clemson team should be among the best teams in the country all next season. Remember, this was Bryant’s first season as the starter for the Tigers. There’s definitely room to grow for him heading into next year, and he could take the leap into complete superstardom—which might happen starting with this year’s College Football Playoff.

This season, Jarrett Stidham had pretty good stats—2,827 passing yards with 17 touchdowns and four interceptions—but his play was even better than the numbers indicate. With Gus Malzahn sticking with Auburn despite the rumors of him heading to Arkansas, Stidham could put up monster numbers and be in Heisman consideration next year.

Georgia has an excellent team with awesome coaches, but they probably would not have won the SEC without impressive true freshman Jake Fromm leading the passing offense. The talent of Fromm throwing the football is evident, and he’ll have a year under his belt next season. Also, Nick Chubb and Sony Michel will be gone, so more might be put on Fromm’s right arm.

I didn’t see it, but a lot of people had Khalil Tate in consideration for the Heisman toward the end of this season. On the ground, Tate’s 1,343 yards and 12 touchdowns were impressive. He just needs to improve through the air (nine touchdowns, eight interceptions) to have a legitimate shot at the Heisman in 2018.

Entering this season, Penn State was a popular choice to win the Big Ten and make the College Football Playoff, as they arguably should’ve made it last year after winning the conference. Next season, Trace McSorley will be a senior with two years of starting experience. If Penn State is among the top five at season’s end, McSorley would be a great bet to be among the top players in consideration for the Heisman.