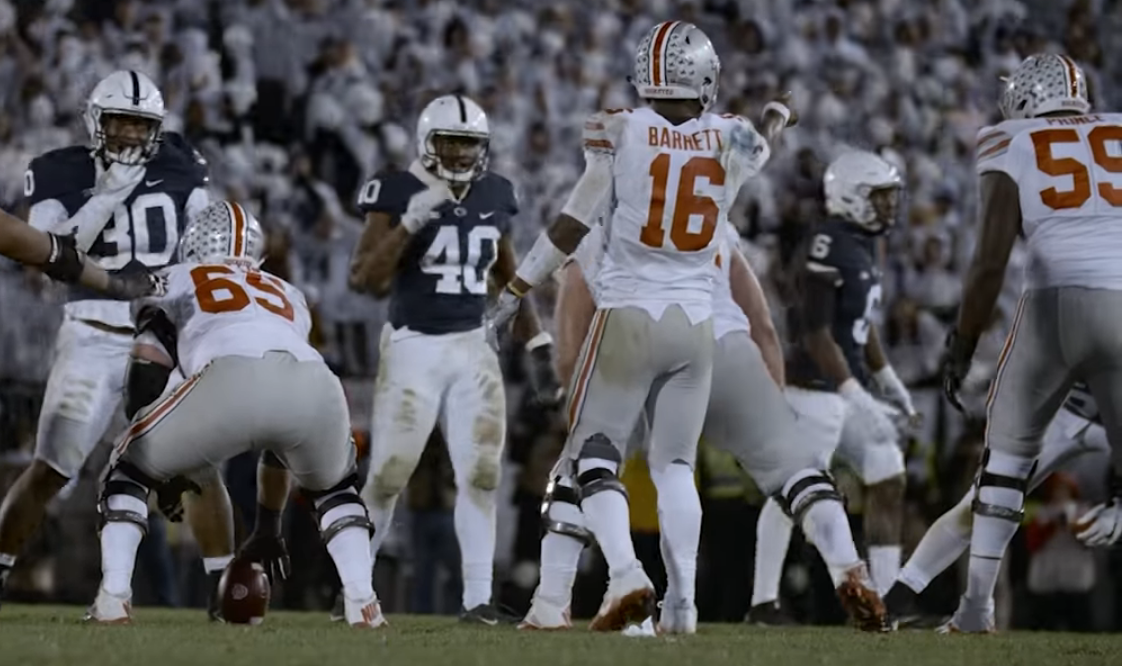 
While there were several college football games over the weekend, things really start to get going in a few days with a full weekend slate of games through Labor Day. There are three ranked matchups between non-conference opponents, including a game between two top-three teams, so there’s going to be some must-see action. Including that matchup, these are the top ten games to look forward to over the next few months. [NOTE: The team rankings are according to the Associated Press’ top 25 poll.]

A potential top-ten game in the Bedlam Series between two teams with national championship aspirations would be great. While Oklahoma’s Baker Mayfield gets more headlines, OK State’s Mason Rudolph is also a Heisman candidate. Rudolph and the Cowboys struggled against OU last season, losing 28-20 in Norman, but this year’s game being in Stillwater could make a difference.

In a rivalry game like the Iron Bowl, nothing is guaranteed. Alabama will almost certainly enter the game as the favorite, but the game is on Auburn’s home turf. A lot could be on the line in this one, and Auburn is looking for its first win over Bama since the “Kick Six” in 2013.

Alabama is on a dominant six-game win streak in this rivalry, but it must end sometime. LSU quarterback Danny Etling will likely be the key to the game. If he can find a way to do some damage against the Alabama defense to help take pressure off Derrius Guice and the running game, LSU could upset Bama in Tuscaloosa.

Clemson has won the last two games in this series, but Deshaun Watson (and others like Mike Williams and Wayne Gallman) is gone to the NFL. Kelly Bryant, who is taking over for Watson, is the first Clemson starting quarterback from South Carolina since 2008—and he’ll look to help his home state team defeat FSU in a game likely to have big consequences in the ACC Atlantic.

This is about as big of a game you’ll see early in the season. The favorite in the Big 12 faces the favorite in the Big Ten just one week from Saturday on ABC. New Oklahoma head coach Lincoln Riley will try to cook some things up on offense in an attempt to take a huge win in Columbus over the Buckeyes.

Last season, Heisman winner Lamar Jackson and the Cardinals flat-out embarrassed the Seminoles. Louisville scored 14, 14, 21, and 14 through the four quarters of the game in the 63-20 rout. You can bet FSU won’t forget that, but it’s not going to be easy to stop Jackson after he basically did whatever he wanted against them last September.

Louisville vs. Florida State isn’t the only excellent matchup on the second-to-last Saturday in October. Like that ACC matchup, this Big Ten matchup between Penn State and Michigan last season was a blowout in favor of the Wolverines. This time, the game is in Happy Valley, so look for a crazy crowd and a “White Out” for Penn State’s biggest home game of the season. As you’ll see with two of the next three games in the rankings, these Big Ten teams are going to be highly-anticipated.

Two days after Thanksgiving, one of the biggest rivalries in sports will resume, as Ohio State takes on Michigan. Ohio State won a controversial overtime thriller at home last season, handing Michigan its second loss in two games and basically ending its 2016 playoff hopes. This year, the game is in “The Big House,” but J.T. Barrett and company have the experience to beat the Buckeyes again. Ohio State has won five straight and 12 of the last 13 in this series.

If you don’t have plans for this Saturday of Labor Day Weekend, there’s a pretty good game on ABC at 8:00 PM ET. Two of college football’s best recent powers jump right in and face each other to open their respective seasons, as No. 1 Alabama and No. 3 Florida State square off in the Atlanta Falcons’ brand-new Mercedes-Benz Stadium. Don’t be surprised if we see these two teams back in the playoffs come January.

On the weekend before Halloween, Ohio State and Penn State play in a game that could have huge implications for the Big Ten and the College Football Playoff. Last season, the Nittany Lions had a stunning and memorable comeback, scoring 17 fourth-quarter points, including a go-ahead blocked field goal for a touchdown, to beat the Buckeyes, 24-21. Ohio State feels they let one slip away last October, while Penn State feels they were robbed of the playoffs when Ohio State was selected as one of the four teams over them. This might be the game of the year.