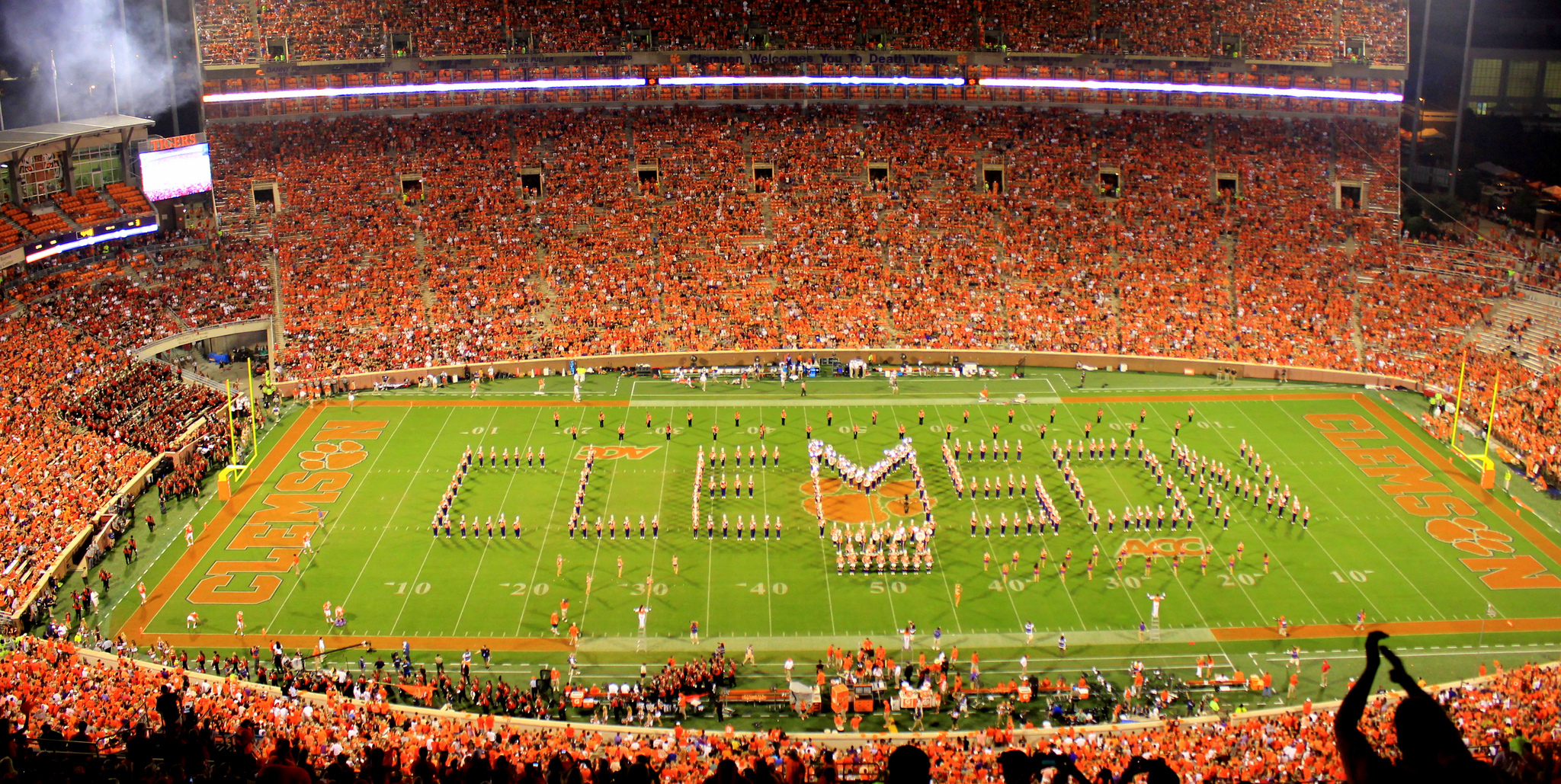 This time next week, it will be August, and that means college football is coming soon. There are a lot of great football teams that will be playing on Saturdays this fall, but here are the top ten most likely title contenders in 2017.

The Seminoles could either shoot up this list or face a steep climb back onto it depending on what happens in the first game of the season, as they will face Alabama on September 2nd in Atlanta. Florida State lost Dalvin Cook on offense, but the defense should be improved with the frightening safety Derwin James (knee) patrolling the secondary.

After dealing with Clemson’s Deshaun Watson for four years, Louisville should be happy to see him gone and to the NFL, as they now have the clear quarterback advantage each and every week with Heisman winner Lamar Jackson entering his junior season. The Cardinals are going to run a more pro-style offense this season to help Jackson with his eventual transition to the NFL, but you can bet he will be terrorizing defenses no matter what offense they run.

Losing three of their four starters—especially as Day 1 or Day 2 draft picks—in the secondary won’t be easy to overcome, but the Huskies have a bunch of young talent ready to step up for Chris Petersen. Also, Jake Browning won’t have John Ross to take the top off the defense, but Washington has a strong roster and an easy schedule that could see them back in the playoffs.

A slow start in 2016 basically ended their championship aspirations, but Oklahoma was one of the last teams anyone would have liked to face in November and December. That said, the Sooners not only lost their running back duo of Samaje Perine and Joe Mixon, but they also lost their wideout Heisman finalist in Dede Westbrook. Oh, and Bob Stoops retired last month. It’s all up to new 33-year-old head coach Lincoln Riley and quarterback Baker Mayfield this year.

While Lamar Jackson is the best college football quarterback, Darnold the top NFL prospect at the position, and he will look to lead the Trojans back to their former glory before heading to the league. The talent around the presumptive first-overall pick in 2018, particularly on the offensive line, will be key for USC to return as a traditional powerhouse. As of now, it’s difficult to see a game they won’t be favored in, including a potential Pac-12 championship.

Several teams lost some really good players to the NFL, but Clemson had the single biggest loss in quarterback Deshaun Watson. He didn’t win a Heisman in his career, but Watson is still one of the greatest college football players (and winners) of all time. Dabo Swinney and the Tigers also lost wide receiver Mike Williams and running back Wayne Gallman, so he will have to rely more on his defense this season. Fortunately, the talent on that side of the ball is akin to the recent offensive talent, and are led by lineman Dexter Lawrence, an elite prospect that is already being hailed as the top NFL prospect in 2019.

Well, it clearly hasn’t taken long for Jim Harbaugh to build a perennial contender at his alma mater. Michigan had a controversial end of the regular season with a loss to Ohio State, but people were still clamoring for the Wolverines to be in the playoffs, as they were a top-four team from the middle of September until the three-point loss on the road to the Buckeyes. Perhaps it’s because of his brash personality, but Harbaugh has a lot of opponents who want to see him fail; that’s unlikely to happen anytime soon. Michigan should have an elite defense once again.

Sandwiched between two conference rivals in these rankings, Penn State had a better case than them both to make the CFB playoffs last season in our opinion. The Nittany Lions were the ones to win a loaded Big Ten, after all, and they will be back to prove they are here to stay in 2017. Quarterback Trace McSorley and running back Saquon Barkley will shred opposing defenses this fall, and they should go undefeated up until the bye week. A three-week, post-bye stretch of Michigan (October 21), at Ohio State (October 28), and at Michigan State (November 4) will determine where the Nittany Lions end up in the final playoff rankings.

The Huskies aren’t the only playoff team from last season to lose three starters in the secondary, as the drafted players for Ohio State might be even bigger losses (11th overall pick CB Marshon Lattimore, 15th overall pick S Malik Hooker, and 24th overall pick CB Gareon Conley). Urban Meyer still has J.T. Barrett, though, and they will look to revamp the offense after a disappointing shutout loss to Clemson ended their season in 2016. The Big Ten will be as competitive as ever this year.

Just look at the national championship game to see what it takes to beat Nick Saban and Alabama. The Crimson Tide are basically the Patriots of college football, and it’s unwise to pick anyone but them as the favorites as long as the current regime stands. Quarterback Jalen Hurts will likely be a Heisman finalist if he improves on his game last season as a true freshman, and you can count on the defense being one of the best in the nation. If given the choice between Alabama and the field, the latter is probably the safer pick. The fact that it’s even a question is the scary part.