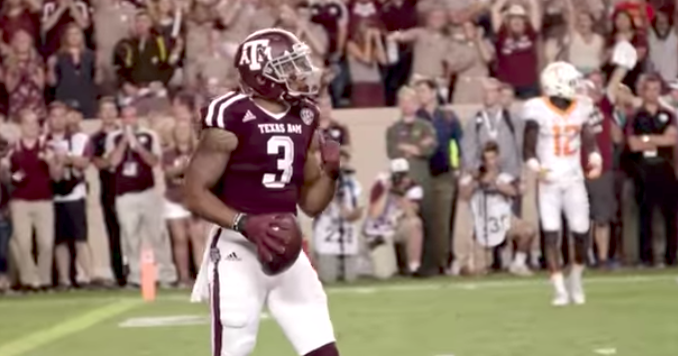 Who said the running back position isn’t valuable anymore? After Leonard Fournette went fourth overall to the Jaguars and Christian McCaffrey went eighth overall to the Panthers, Barkley will hope to better both their draft slots next year. The Penn State superstar apparently ran a 4.33 40-yard dash in March, and has elite balance, strength, vision, and quickness to match his speed.

Darnold is already being compared to Andrew Luck, and teams (i.e. the Jets) likely already have their sights set on him. As a redshirt freshman, Darnold completed 67.2% of his passes for 3,086 yards, 31 touchdowns, and nine interceptions, leading USC to a Rose Bowl win over Penn State in a high-scoring affair. Darnold is the heavy favorite to go #1 overall in 2018.

People are split on Lamar Jackson’s NFL prospects, but last year’s Heisman Trophy winner has all the arm talent in the world to be good in the league. Jackson would do well to show he can go through progressions a passer this fall, but it’s easy to take off and run when you go for almost 1,600 yards on the ground.

Three quarterbacks in the top-four? The 2018 class is loaded. He needs to become more consistent (6:8 touchdown-interception ratio on the road), but Allen is very competitive and can absolutely sling it—like 40-yard-back-shoulder-throws-on-the-money sling-it.

James missed almost all of sophomore year with a torn meniscus suffered in Week 2, but he was a beast as a true freshman in 2015 as the enforcer in the back-end of the Seminoles defense. The 6’3” safety is also a true leader, as he traveled to every road game as he rehabbed from his knee injury.

After an 83/928/9 line as a freshman, Kirk had a similarly impressive 80/1,009/7 line as a sophomore with Trevor Knight at quarterback. Kirk also has five career return touchdowns, and is an electric playmaker with the ball in his hands.

Clemson defender Dexter Lawrence is already being touted as the best player in the 2019 NFL Draft, but Christian Wilkins has his own claim as a top pick next year. Wilkins is a great athlete for his size, and you might remember his dance after the National Championship to prove it.

Jefferson took a small step back last season after he was great as a true freshman, but he remains one of the most talented players in college football. Some have said his talents are reminiscent of Jaylon Smith, who was a potential top-five pick before his knee injury.

For his standards, Rosen struggled in 2016 before missing the final six games of the season with a shoulder injury. He showed off his skills as a freshman in 2015 with 3,670 yards and 23 touchdowns, and will need to be even better than that if he wants to climb the rankings in this stacked class.

Ridley’s numbers dropped from 89/1,045/7 as a true freshman to 72/769/7 last year, but Alabama’s offensive philosophy change was the reason for it. We just saw O.J. Howard go in the first round despite limited production throughout his entire career, so there is no reason Ridley can’t be drafted even higher.