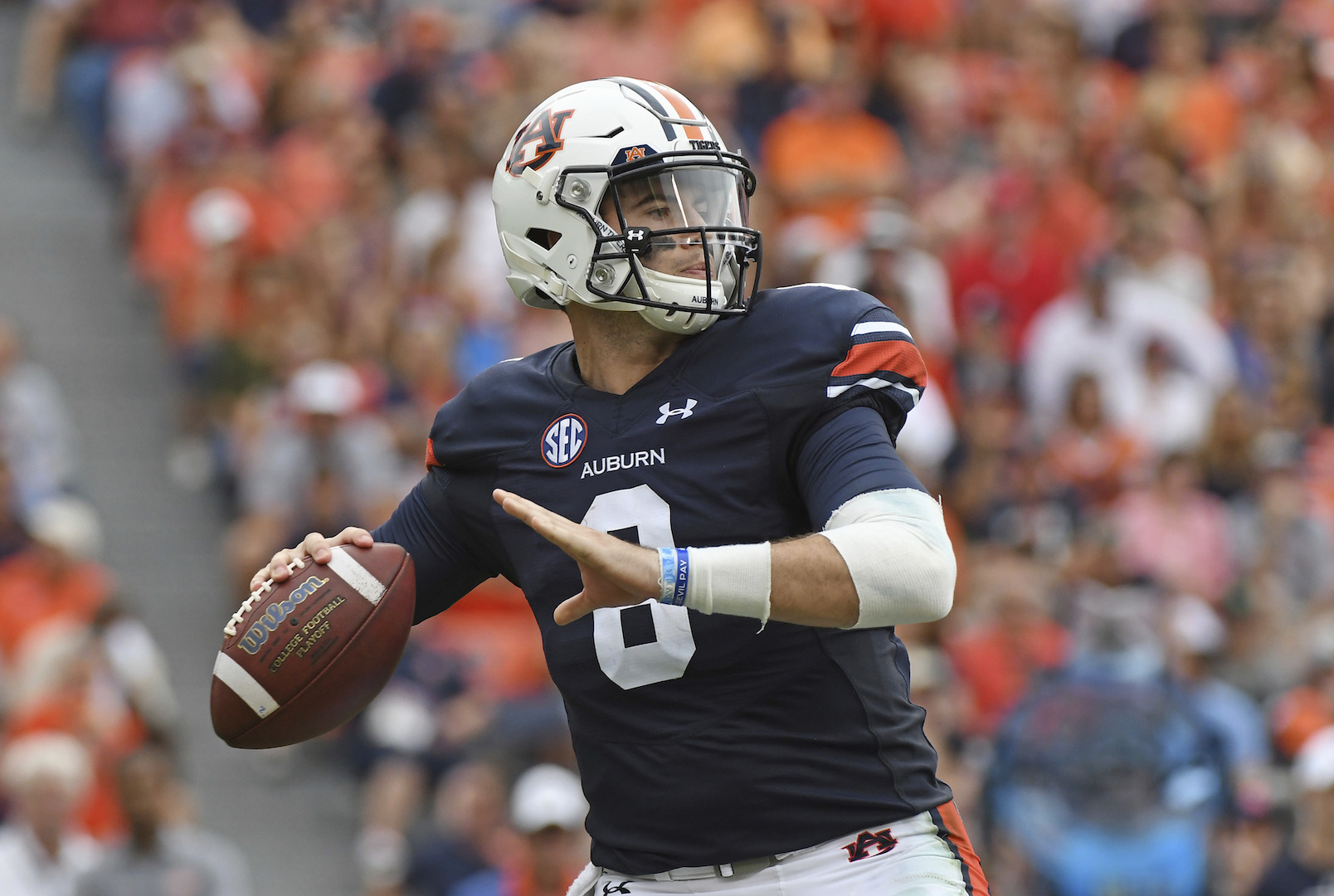 
In just a few days, college football is really going to kick into gear with a full slate of games including ranked matchups. Every Saturday should be exciting this fall, and there should be plenty of shocks and upsets, but these are our picks for the best college football games in 2018. [Note: Rankings are from the Preseason AP Top 25 Poll.]

Our only top-ten matchup featuring an unranked team in the Preseason AP Top 25 poll features Chip Kelly’s return to the sideline. UCLA arguably should’ve been ranked given Kelly’s track record (46-7 during his tenure at Oregon), but they’ll have their hands full in a couple Saturdays when they take on Oklahoma. Between Kelly and Sooners head coach Lincoln Riley, there is going to be a ton of offensive fireworks. Oklahoma is the heavy favorite in Norman, but the game should be a thriller in the second full week of the season.

Michigan and Notre Dame are two storied programs with high expectations heading into 2018, but they are both ranked outside the top ten to start the year. It’s a long season, but we’ll immediately get a good look at what these two teams are made of this Saturday night in South Bend. Also, this will be the first look at new Michigan quarterback Shea Patterson under-center for Jim Harbaugh’s squad.

These two Big Ten schools have exchanged blowouts the last two seasons, with the home team coming out on top each time. This year, Penn State and Michigan will play in The Big House in Ann Arbor, but the Nittany Lions will have an experienced quarterback in Trace McSorley leading them into that tough environment. Don’t expect three straight years of home blowouts.

The in-state rivalry between Michigan and Michigan State has heated up since Jim Harbaugh’s arrival in Ann Arbor, but Mark Dantonio’s squad has dominated the series in recent years, winning eight of the last ten games. The quarterback matchup between Shea Patterson and Brian Lewerke could be one of the best of the year, but it might be the play of the defense that determined the outcome of this Big Ten matchup.

Expected to be the best conference in college football this season, the Big Ten has most of the best games in 2018. Wisconsin versus Penn State could potentially be the first of a two-round affair between these two teams, as they are in different divisions and could meet in the conference title game. The Nittany Lions have won the last three matchups with the Badgers, and they get to host this game in Happy Valley. Wisconsin is going to make it a grinder, though.

The best matchup of Week 1 of the college football season comes this Saturday afternoon when Washington and Auburn face off in Mercedes-Benz Stadium in Atlanta. Auburn is likely to have more of a home-field advantage with the game being a lot closer to their campus than Washington’s, but Chris Peterson has plenty of experience in huge games. The Huskies and Tigers are led by upperclassmen quarterbacks Jake Browning and Jarrett Stidham, and both teams will play tough defense. This is a must-watch for the opening week.

No matter how good the two teams are in a given season, Michigan-Ohio State is a game to circle on the calendar. The Buckeyes have won a stunning six straight versus the Wolverines, so Jim Harbaugh has yet to defeat his arch rival. However, this might be the first time Michigan has the advantage at the quarterback position with Ole Miss transfer Shea Patterson leading the way (though it’s close with Ohio State’s Dwayne Haskins looking like a future star). FOX already has this November rivalry game locked up on November 24 at noon, and all college football fans should try to tune in.

Auburn and Georgia split last season’s two matchups, but the Bulldogs won the SEC title to advance to the College Football Playoff. Neither game last season was particularly close, but hopefully things will balance out and we get a nail-biter this time around. Quarterbacks Jake Fromm and Jarrett Stidham are both future potential first-round draft selections, and they should both be playing well with more experience heading into this November matchup.

The Iron Bowl has delivered plenty of classics over the years, and there’s a decent chance the 2018 matchup again determines who will make a trip to the SEC Championship Game. A classic rivalry with high stakes would give it game-of-the-year potential. The only downside is that it’s a home game for Alabama, who would likely be the relatively-heavy favorite either way; but we’ve seen the Crimson Tide get toppled in Tuscaloosa before.

We think Penn State is clearly underrated with a No. 10 ranking heading into the season, and this has the makings of a potential top-five matchup late in September. Given Ohio State’s ranking, if they take care of business and remain undefeated heading into late September, they might be the favorite in the game. But Penn State is a legit powerhouse program, so this should be a matchup of titans early in the season.