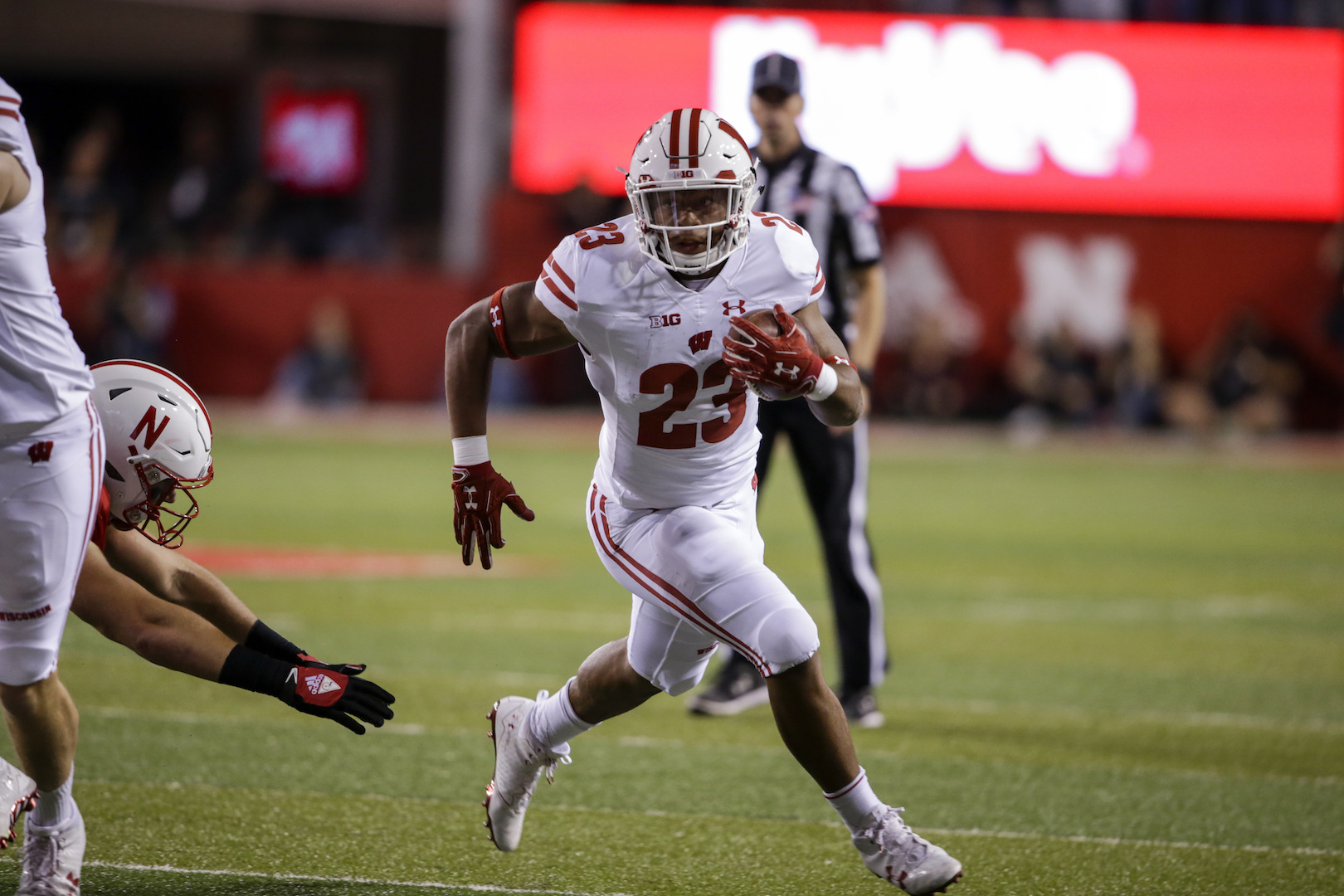 
Our countdown to the kickoff of college football resumes with a shortlist of the best players in the country for the 2019 season. There’s a ton of offensive firepower around college football, so the top ten slants that way, but many players that missed the top ten also have a case to be on here.

LSU safety Grant Delpit, Colorado wide receiver Laviska Shenault Jr., Purdue wide receiver Rondale Moore, and Alabama defensive lineman Raekwon Davis are among the players that just missed the top ten. Preseason All-American defensive end Chase Young has been given a captain title at Ohio State, and those two honors could be the start of a huge season. With Nick Bosa away from the team last year, Young stepped up with 14.5 tackles for loss and 9.5 sacks, and he figures to show more progress entering what could be his final college season before he’s a likely first-round pick in the NFL draft as an all-around talent.

Oregon quarterback Justin Herbert could have gone to the NFL after his junior season, but he returns to his hometown of Eugene for one last go-around with the Ducks as one of the top players in the nation. At six-foot-six, Herbert has the intelligence and arm talent to win from the pocket, along with the mobility to escape danger and do some damage in the open field. There’s a case for Herbert being the most valuable player in college football this year.

Alabama wide receiver Jerry Jeudy pops off the screen when you watch him play, and he’s drawn comparisons to a few different professional receivers after emerging with 1,315 yards and 14 touchdowns for the Crimson Tide in 2018. Jeudy is a major big-play threat that averages 19.3 yards per reception through two college seasons, yet he’s also a technical player (like many Alabama receivers over the last several years) that’s excellent at everything he’s asked to do on the outside.

Receivers Justyn Ross and Tee Higgins on the outside could also be on here for Clemson, but running back Travis Etienne should be considered a no-doubt top-ten player in college football for 2019. Etienne has top-tier speed that allows him to break big plays when just a little crease is there, but he’s also improved his build and power since making an impact as a freshman a couple of seasons ago. Etienne should be in the thick of the Heisman race all season long.

Like some Clemson defensive lineman did last year, Auburn defensive tackle Derrick Brown returned to school for his senior season when he could’ve gone to the NFL and been a high draft pick. Wreaking havoc on the inside, Brown will lead an intimidating Auburn front that’ll be the strength of the team in 2019. Despite a huge frame, Brown has the athleticism and quickness to be a disruptor on Saturdays throughout the fall.

As the starting quarterback for Alabama as a young true freshman and sophomore in 2016 and 2017, Jalen Hurts led the Crimson Tide to a 26-2 record while winning SEC Offensive Player of the Year as a young 18-year-old in his first season. The sudden emergence of Tua Tagovailoa during the 2018 title game relegated Hurts to a backup role, but he showed notable promise and progression as a passer when he hit the field last year. Hurts is an experienced dual-threat with the past success to back up his ranking among the top-five college football players entering 2019.

This ranking is really tough, as Wisconsin running back Jonathan Taylor has a legitimate case as the best player in the nation this season. He’s already racked up 4,171 rushing yards and 29 rushing touchdowns in just two seasons for the Badgers, and he has exceptional talent that includes track-star speed complementing a big frame that delivers blows to defenders. There aren’t many players on any level that are as fun to watch as Taylor.

In his first season as Alabama’s starting quarterback, Tua Tagovailoa was simply phenomenal. To have a former SEC Offensive Player of the Year hit the bench, it shows that Tua is a heck of a player, and his play (rarely making mistakes while putting touch and anticipation on his throws) and statistics (43 touchdowns compared to six interceptions while averaging a crazy 11.2 yards per attempt) put him squarely among college football’s best.

The conversation about top college football quarterbacks and players overall tends to be a conversation that centers around Tagovailoa and Trevor Lawrence, but Georgia’s junior quarterback Jake Fromm should be in that discussion. Fromm is as cool as it gets in the biggest games and on key drives, and he’s a very efficient passer that should continue to play at an extremely high level despite losing more top skill position players around him from last season.

It’s difficult to imagine a better freshman season than the one Trevor Lawrence had last season, as he led Clemson to a 15-0 record and a national title while throwing 30 touchdowns and just four interceptions—keep in mind he started the year splitting time with Kelly Bryant, so his numbers could’ve been even bigger if that wasn’t the case. The generational quarterback put his ability on display in last year’s title game, calmly delivering perfect passes throughout the night while looking more like a tenth-year NFL veteran All-Pro than a college freshman. Lawrence should be the best player in college football over the next two years at least.