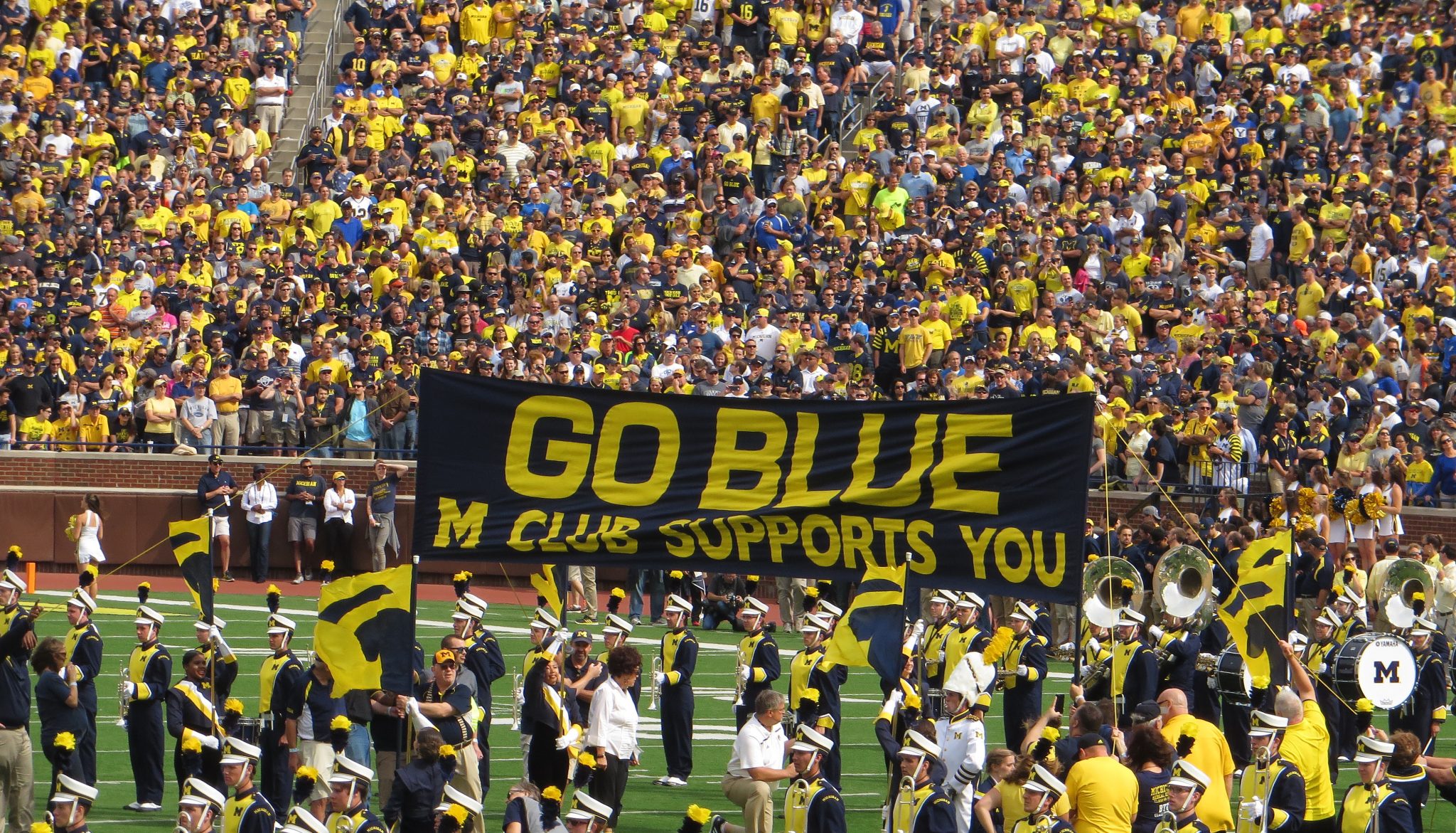 It’s late August and college football is pretty much back. There are a couple games starting up this weekend before most of the country plays next week. If you’re not interested in the slate of games tomorrow, Week 3 of the NFL preseason and the Mayweather/McGregor fight should help hold you over for the weekend.

While we have to wait several more days for some big Week 1 matchups like Michigan vs. Florida and Alabama vs. Florida State, we have the top 25 rankings to talk about. The Associated Press released the top 25 earlier this week, with Alabama (as no surprise) coming in at the number one spot. It’s difficult to argue with the Crimson Tide at number one, but there are a few rankings I disagree with.

Jim Harbaugh and Michigan are not getting the respect they deserve, and they should be in the top ten. Yes, they lost a lot of talent to the NFL (they had the most players drafted in the 2017 draft), but there’s not much question the team will find a way to still have a great season with Harbaugh as their coach. The defense will still be stingy, while running back Chris Evans and company will lead the offense.

Before a late-season skid in 2016, Louisville completely dominated the start of the season and had a near-win on the road against the eventual champion Clemson Tigers. The 2016 Heisman winner Lamar Jackson is back, and we know he has the ability to take a team to an elite level. The Cardinal defense is loaded with junior and senior talent. Watch out for Louisville.

If you watched South Florida last season, you know they are obviously a very athletic team. But they lost their head coach Willie Taggart to Oregon, while losing stud running back Marlon Mack to the NFL. Former Texas head coach Charlie Strong is a very good coach too, but it might take some time for his team to adjust in 2017. South Florida is the only Group of Five team in the top 25, so the pressure might be on them.

Quarterback Shane Buechele is one of the main reasons I believe Texas is underrated. Buechele is a very talented thrower not afraid of the big moment, as we saw him light up Notre Dame in the first game of season when Buechele was a true freshman. Tom Herman instantly turned Houston into a competitive team, going 22-4 in his two seasons there. If people don’t consider Herman a great coach yet, they probably will soon.

UCLA, Nebraska, Texas A&M, and Michigan State are four unranked teams that I could see surging throughout the season. They all have very good coaches; and for UCLA, they have potential top-ten pick Josh Rosen at quarterback. Every year, it seems there is at least one team that started the season unranked and makes a conference championship or national title run. Don’t be surprised if it’s one of these four.