WOLF SPORTS ALERT Fantasy Consigliere tiered membership upgrade nearly complete. Original members will not be impacted. Thank you for your patience.
Home / frontgames / Donate To Charity For A Chance To Go Behind The Scenes Of ‘Game of Thrones’ With Emilia Clarke 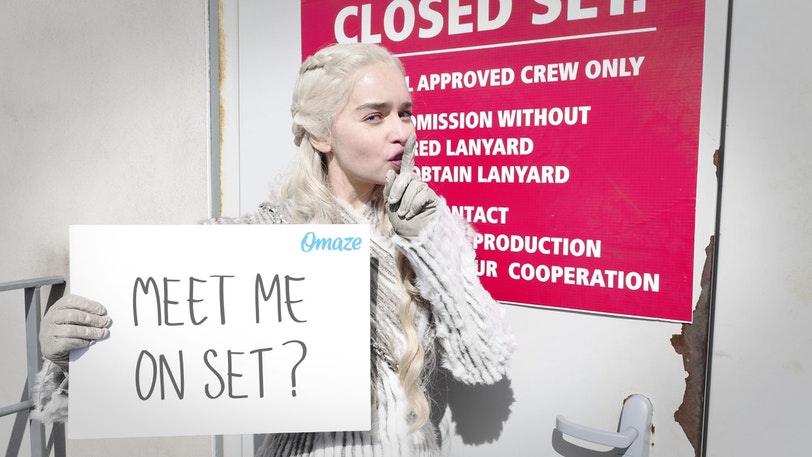 
The entire Game of Thrones team is still hard at work on the final season of the HBO series, and you have a chance to go behind the scenes with Emilia Clarke (Daenerys Targaryen). Clarke and Game of Thrones are teaming up with Omaze for a great cause, as they started a campaign where people donate to The Royal College of Nursing Foundation.

In exchange for your donation, you get a number of entries (depending on how much you donate) that give the opportunity for you and a friend to go on the show’s set in Belfast, Ireland. The winner gets to go behind the scenes of the show and have lunch with Clarke. The hilarious video below gives more information and previews a bit of what it might be like for the winner.

Again, it’s for a great cause, and all Game of Thrones fans would probably love the opportunity to go behind the scenes of the show’s final season with the Mother of Dragons. To donate to the Royal College of Nursing Foundation and enter for a chance to win the trip, go here.

The final season of Game of Thrones will air in 2019.