WOLF SPORTS ALERT Fantasy Consigliere tiered membership upgrade nearly complete. Original members will not be impacted. Thank you for your patience.
Home / frontgames / ‘Game of Thrones’ Conquest & Rebellion Goes Over The History Of The Targaryens 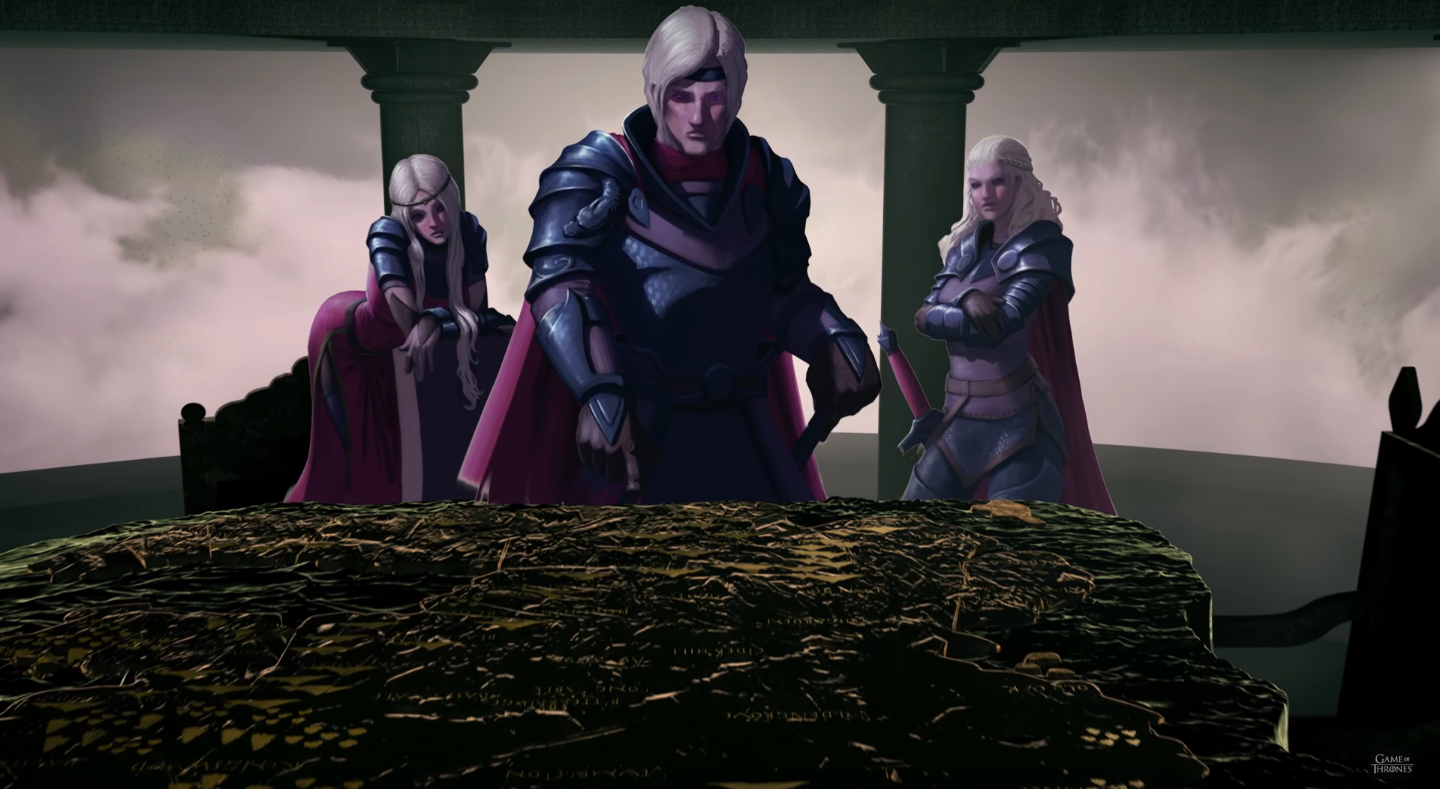 
Game of Thrones’ official YouTube released a clip from their upcoming “Conquest & Rebellion: An Animated History of the Seven Kingdoms” 45-minute feature. HBO gives an explanation in the bio of the clip:

Told in the animated, storybook style of the History & Lore features, Game of Thrones Conquest & Rebellion brings you the never-before-seen story of the turbulent events that shaped Westeros for thousands of years before the series start.

Chapter One of the animated history is titled, “Valyria’s Last Scion: House Targaryen,” and it’s great to watch for any fan of the series even if they are already aware of everything.

The entire “Conquest & Rebellion: An Animated History of the Seven Kingdoms” will be available for a limited time with the Game of Thrones Season 7 DVD and Blu-Ray, so pre-ordering is a good idea.