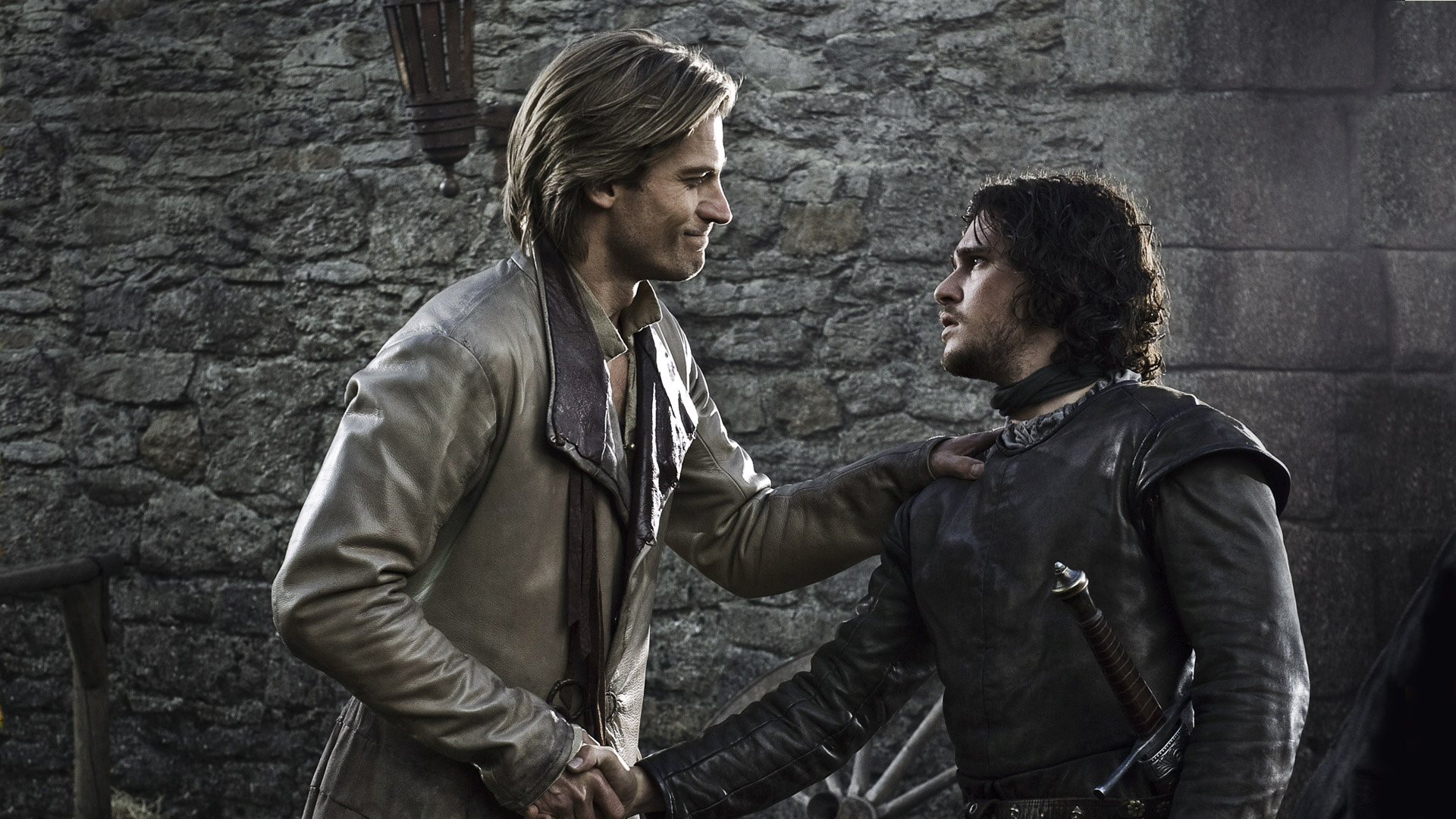 
We are just ten days (!) away from the Season 7 premiere of Game of Thrones, so we will be rolling out the content every day until then. First up, a countdown of the top characters in Game of Thrones history. Everyone has their own opinions—and there are tons of characters—but this is how we rank them, both dead and alive. [Note: there will obviously be SPOILERS for the first six seasons of ‘Game of Thrones’… so go binge watch all the episodes before July 16th if you haven’t already]

The final spot on this list was a tough one to pick. There are no ties here, but Sansa, Arya, Ramsay, and many other great characters are sure to find their way onto another list over the next week and a half. The stone-faced Stannis was a controversial figure to say the least. He burned his own child alive at the stake, but truly thought it had to be done to please the Lord of Light and win the Iron Throne. Now, whether that would even be worth it is another question, but we cannot criticize Stannis’ determination to reach what he felt was his by right. We never actually saw Brienne put sword to skin, so perhaps the trueborn Baratheon line isn’t finished yet.

Petyr Baelish became a major player when he betrayed Ned Stark in Season 1, and we now know that was just one step towards his ambitious goal of the Iron Throne. Littlefinger will likely clash with Jon/Sansa in Season 7, and you never know how things will play out on Game of Thrones.  It wouldn’t be surprising if he turned out to be the final villain in the entire show, surpassing Cersei and even the Night King, especially because not many people seem to know how dangerous Baelish really is.

People did know how dangerous King Joffrey was. The boy king was a widely-hated character from the start, and his off-the-cuff decision to kill Ned against the wishes of Cersei and everyone else made him the main antagonist of the show until his death by poisin at the hands of the aforementioned Littlefinger and Olenna Tyrell at his own wedding. Actor Jack Gleeson, who is said to be the complete opposite of his character, did a tremendous job playing one of the greatest TV villains ever.

Jaime was immediately the most-hated character for many after he pushed Bran out the window the end the first episode of the series, but his transformation since then is what makes him great. If Cersei loses the crown as Daenerys Targaryen approaches Westeros, it would be nice to see Jaime somehow get out of King’s Landing with his life and help up against the White Walkers. He doesn’t have his sword hand anymore, but Jaime could have a chance to leave a lasting legacy if he were to help command/lead in the fight against the dead.

How many people thought at the start of Game of Thrones that Cersei would have taken the Iron Throne for herself by the end of Season 6 after all her children died? And after literally walking naked and bloody through the streets in the Season 5 finale? Cersei might have made some mistakes along the way, but she has proved to be one of the most intelligent and ruthless people in Westeros. She wasn’t bluffing when she chose violence.

It’s crazy to think that Cersei would probably be dead right now if Ned hadn’t done the honorable thing and given her warning to leave King’s Landing before telling Robert the truth about her and Jaime. The former Warden of the North was so honorable that it ended up costing him his life way earlier than any viewer (not including book readers) expected. However, Ned sacrificing his impeccable reputation to protect Jon for years could end up saving Westeros if the new King in the North is able to stop the Night King.

A lot of people probably have Tyrion as their top character, and it is difficult to argue against that. The guy has survived two trial by combats (one thanks to Bronn and the other thanks to Varys and Jaime helping him escape after), been to the Wall, killed his own awful father, and now serves the Mother of Dragons. Tyrion has also been impressive in both political and military strategy, and might be the smartest guy in the world. He’s definitely one of the funniest.

Robb Stark was put in a difficult position when Ned Stark was beheaded, but he never wavered in his quest to avenge his father’s death. The show’s original King in the North never lost a battle despite his inexperience, but love and honor was his downfall. Yes, he didn’t keep his word to Walder Frey about marrying his daughter, but Lord Frey was wrong to even demand something to allow Robb’s army to pass, and even more wrong for murdering everyone under his own roof. Robb displayed many of the characteristics that his father installed in all his children, and Ned certainly would have been proud of his oldest son.

Thought to be the last Targeryen (but we now know there is another), Daenerys has just gotten more and more powerful as time passes. Dany wants justice everywhere she goes, but also knows mercy, the ability to compromise, forgiveness, duty, and more qualities that make a strong leader. Oh, and also three, very large dragons. It took 60 episodes, but the Mother of Dragons is finally arriving to Westeros in Season 7.

Jon Snow has proven to be the ultimate good guy in Game of Thrones. As far as we know, Bran is the only one that knows his true parentage, but that hasn’t stopped Jon from ascending from murdered Lord Commander of the Night’s Watch to being embraced and named the King in the North (despite being a “bastard”). It will be interesting to see what—if it happens—comes of the revelation that he is half-Stark and half-Targaryen, but Jon seems to have his priorities straight, and they are all in the North.