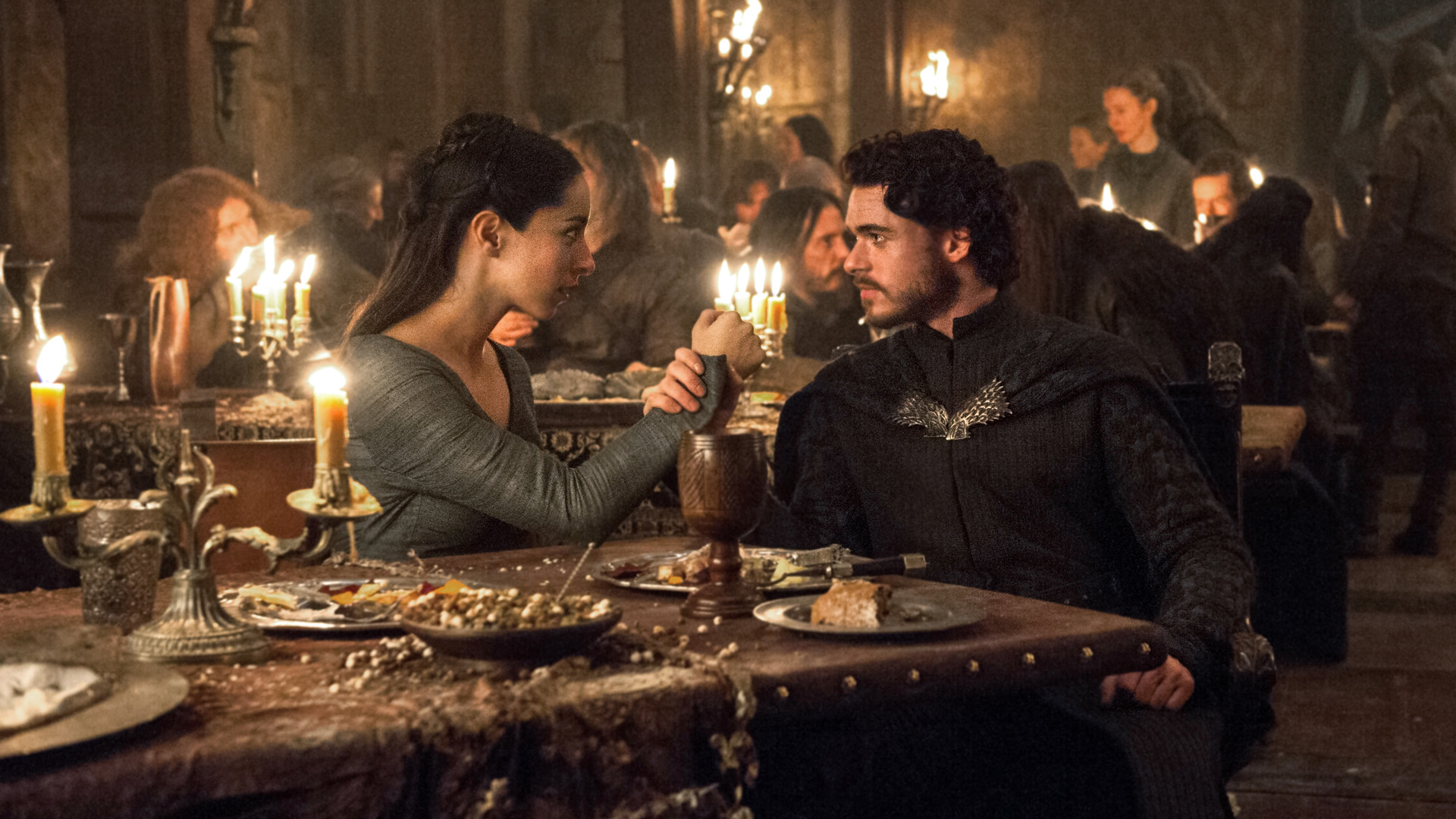 The very first episode—the first scene, even—kicked things off for the rest of the series. “Winter is Coming” gave viewers a small look at the world’s biggest threat in the White Walkers, established Ned Stark as the show’s hero, and ended with a shocking moment of Jaime Lannister pushing Bran Stark out of a window. We also got to see some direwolf pups.

There have been a handful of large battles in Game of Thrones, and Blackwater set the bar pretty high in the penultimate episode of Season 2. Tyrion led the defense of King’s Landing and saved the city while King Joffrey bailed (despite acting like the toughest and most confident warrior who ever lived in hilarious fashion before the battle). The power of wildfire was also revealed for the first time, and just as it seems the Lannister’s will fall and Cersei is ready to kill Tommen and herself, Tywin breaks into the Throne Room and declares victory.

Daenerys emerging from the fire with three baby dragons remains one of the best moments in Game of Thrones’ history, as the Mother of Dragons was born and she was suddenly a big player in the “game.” Robb Stark and Catelyn Stark also deal with the loss of the head of their family, but things look promising when the northerners declare Robb the King in the North in a touching scene.

A lot happened in this episode, as Shireen was sacrificed in a difficult-to-watch death by fire, while the survival of Daenerys and company looked very bleak after an ambush in Daznak’s Pit. Unfortunely for Shireen, Stannis thought he was doing his duty by sacrificing his daughter, and fortunately for Dany, Drogon saves the day as she flies away from danger.

Shireen’s death was the saddest moment in the series until the revelation of Hodor’s origin and death by Bran and the White Walkers. We hadn’t seen the Night King since his staredown with Jon Snow at Hardhome, and his appearance in this episode was an explosive mid-season surprise. There was also an emotional scene with Daenerys and Jorah when she commands him to find a cure for greyscale and return to her when she wins the Iron Throne.

Things looked like they were headed in the right direction for the Starks when Robb defeated and captured Jaime Lannister, but the good times ended quickly. Just as we think Ned Stark will be able to go to the Wall and help Jon and Benjen, King Joffrey made the decision—against his mother’s wishes—to execute him. In killing the main character just nine episodes into the series, Game of Thrones proved that anyone can die at any time.

Viewers got a surprise when Daenerys’ dragons were in action before the battle in the North, and while it was awesome to see them turn Slaver’s Bay into the Bay of Dragons, Jon Snow versus Ramsay Bolton is what the people wanted and it didn’t disappoint. A pre-battle meeting allowed Jon and Ramsay to size each other up, and Ramsay definitely got the better of the smaller army the next day, but Sansa’s letter to Littlefinger led to the Knights of the Vale saving the surrounded army. We then got to see a beat down of Ramsay at the hands of Jon, but his death was saved for Sansa… and his own dogs.

Not even book readers knew the attack on Hardhome was coming, and although it was more of a massacre than a battle, it still provided one of the most exciting 20 minutes in television history. An on-the-ropes Jon Snow was able to kill one of the Night King’s top lieutenants thanks to Longclaw, but overall, it was a huge loss for the living. As Jon, Tormond, Edd, and others sailed away, they (and the viewers) got a chilling look of all the new undead fighters for the White Walker army, and all it took was an arm raise by the Night King.

The Season 6 finale was jam-packed with huge moments, starting off with the tension-building move by Cersei to wipe out all her enemies at once when she blew up the Sept, but it also led to Tommen’s death by suicide. Also, Jon Snow’s true origin is revealed in a beautiful way (to Bran and the viewers, anyway), and he is promptly named King in the North after he “avenged the Red Wedding”, as one northern lord put it. That could have ended the episode, but then we see Cersei take the Iron Throne for herself, which also could have ended the episode, until we see Daenerys finally sailing to Westeros—a moment we have been waiting six seasons for.

The Red Wedding was arguably the greatest moment in TV history and gave us the greatest episode of all time. Jon shows that his true loyalties are with the Night’s Watch, despite his love for Ygritte, and he is able to escape thanks to some help from a warging Bran. But the final scene is the reason “The Rains of Castamere” deserves the top spot. The Stark army is attacked at Edmure Tully’s wedding under Walder Frey’s “protection,” and Robb is lit up with arrows as his pregnant wife is stabbed in the stomach and killed. Catelyn does some quick thinking and it honestly looks like Robb has a good chance of getting out alive, but he is basically frozen as traitor Roose Bolton stabs in in the heart. After Catelyn’s throat is cut and the screen cuts to black, almost all hope is lost for House Stark.