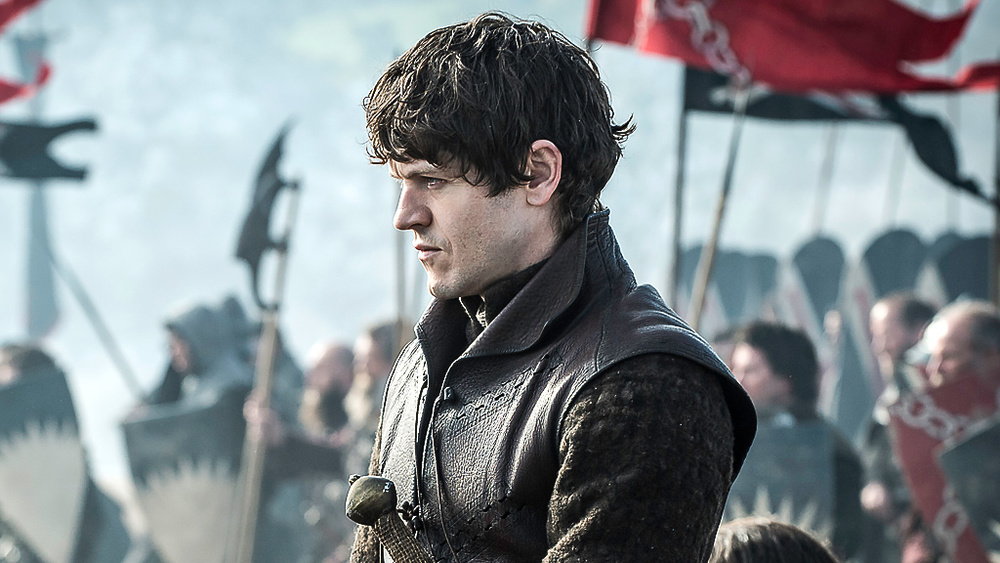 
The countdown for the return of Game of Thrones is down to nine days. There have been a lot of bad things that have happened in Westeros, with most of them being caused by some bad people. Today, we’re going through the best villains in the show. [Note: there will obviously be SPOILERS for the first six seasons of ‘Game of Thrones’… so go binge watch all the episodes before July 16th if you haven’t already]

Formerly Ramsay Snow, and not appearing until season 3, Roose Bolston’s bastard son was a truly ruthless and psychotic character. Ramsay was a terror for anyone that crossed his path, namely Theon, Sansa, his infant half-brother, and, eventually, his father. Iwan Rheon could not have done a better job portraying Ramsay (as can be said with all the actors for all these characters), but it’s safe to say mostly everyone absolutely loved it when Jon Snow defeated him in the “Battle of the Bastards” and Sansa was able to unleash his own dogs on him—a fitting end for Game of Thrones’ cruelest villain.

King Joffery is a close second when it comes to the most villainous character in Game of Thrones. The son of Queen Cersei Lannister and Jaime Lannister was never supposed to take the Iron Throne after the death of King Robert Baratheon, but he did, and ruled with an iron fist. While Joffery wasn’t supposed to have Ser Ilyn actually behead Ned Stark, he did it anyway, setting of the crazy chain of events which eventually included his death by poison.

The leader of the White Walkers first appears in season 4, touching an innocent baby to turn its eyes blue and its skin frosty. The Night King also seems to be interested in Jon Snow, who killed one of the White Walkers, and his scene after Snow and the army retreat at Hardhome shows his might. Last season, we saw the Night King mark Bran and lead the assault on the three-eyed raven’s cave, leading to the death of Hodor. The Night King will be an even bigger factor in the final episodes, but he’s already one of top villains.

While it was difficult not to feel bad for Cersei at times—she was taken prisoner, humiliated, and, worst of all, outlived her three children—she is one of the top villains in Game of Thrones. It was nice to see her get some revenge on the High Sparrow—and her use of wildfire was one of the most epic moments of the series—but she did kill a lot of people there. Cersei only cares about her family—except for Tyrion, who her hatred for also makes her a villain. The look on Jaime’s face when he returned to King’s Landing to see Cersei sitting on the Iron Throne says it all.

There simply isn’t any way to like Walder Frey. The former Lord of Riverrun was as big a snake as anyone in Game of Thrones, as Catelyn told Robb in season 1. Frey first made the terms of an alliance with Robb unreasonable. Then, he turns on Robb and the North at the Red Wedding, in perhaps the most stunning moment of the series. Nothing will make up for the slaughter of Catelyn, Robb, Talisa, and much of the Northern army, but it was sweet to see Arya feed Frey two of his sons before she killed him last season.

King Joffery sent the order, and Ser Ilyn swung the sword, but it’s fair to say Littlefinger is the main person to set off the events that led to Ned Starks’ death and war across the Seven Kingdoms. Littlefinger did warn Ned not to trust him, but Ned did anyway and Littlefinger used it for his own gain. Littlefinger turning on Ned was probably the first “wow” turn of Game of Thrones. There has been some good done by Littlefinger, including intervening in the “Battle of the Bastards” by getting the Knights of the Vale to come. While it did save Sansa, Jon Snow, and his army, there’s no question Littlefinger would not have done it if it wasn’t good for himself.

As the father of the number one villain in Game of Thrones, Roose Bolton sure has some pedigree. Lord Bolton might have had the coldest heart of anyone that’s not a White Walker, and he was as selfishly opportunistic of anyone not named Littlefinger. He seemingly enjoyed putting a dagger through Robb Stark’s heart, something that makes him truly evil. Although the fact that his death wasn’t able to be celebrated to the fullest extent shows how wicked his son was.

The father of Cersei, Jaime, and Tyrion plainly thought he was better than everyone. Tywin took no pity on anyone and was a key orchestrator of the Red Wedding. While a good and strong leader, Tywin was a terrible person—as displayed by his treatment of Tyrion. He detested his dwarf son, never forgiving him for something he had no control over. We only hear about it, but Tywin’s orders on Tyrion’s wife Tysha are unjustifiable—Tywin got what he deserved.

Theon and Yara’s uncle came almost out of nowhere last season, and it was obvious he was a merciless person. First, he kills his brother Balon. Then, he says some not-so-nice things about Daenerys Targaryen (not to her face). Now, he’s going after Theon and Yara with the intention of killing them. Pilou Asbæk, who plays Euron, said in an interview with Empire that he’s going to make Ramsay Bolton “look like a little kid.” Scary to imagine.

Alliser Thorne felt contempt for Jon Snow from the beginning, but things got worse as Jon rose to power in the Night’s Watch. When Alliser turns members of the Watch against Jon and killed him, is when he became a true villain—he even turned Olly against Jon! Thankfully Melisandre was able to resurrect Jon, allowing him to hang Alliser for his mutiny.