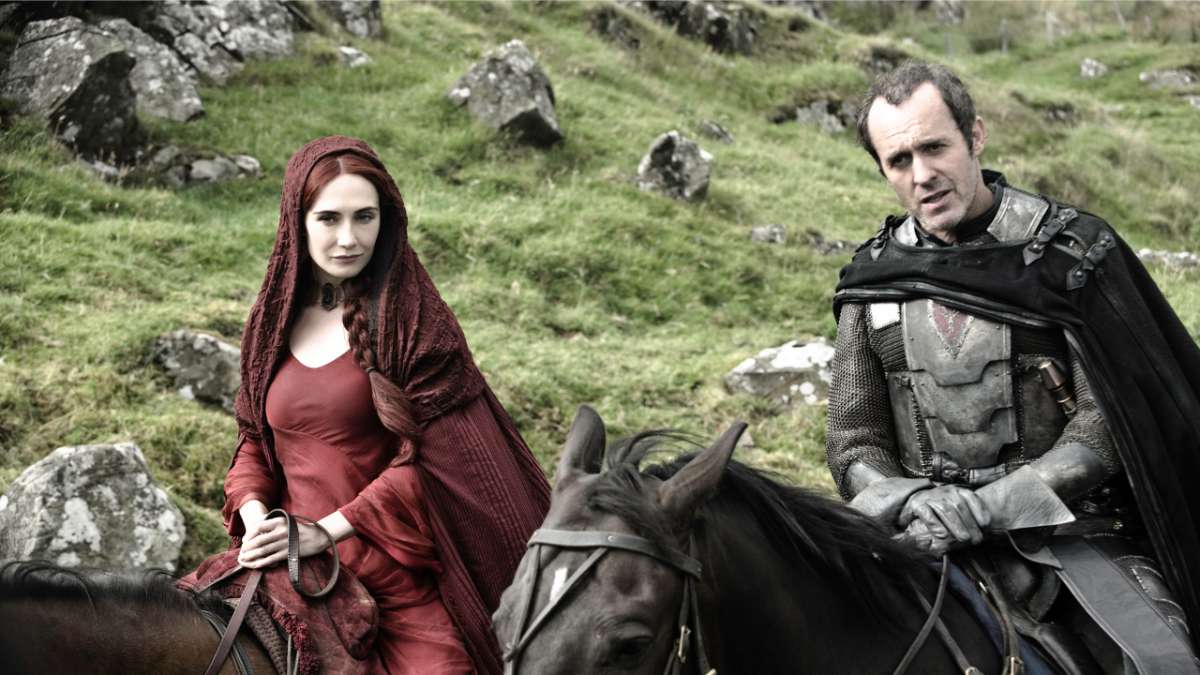 
Previous Episode: “What Is Dead May Never Die”

Catelyn tries to save two kings from themselves; Tyrion practices coercion; Robb meets a foreigner; outside the gates of salvation, Dany finds her ally; Melisandre casts a large shadow on the Stormlands.

Season 2 is when Arya really starts to grow into an independent young Stark that can hold her own, and she really had no choice if she wanted to survive. She witnesses terrible things that could just as easily happen to her if the Lannisters knew who she was, and she meets Tywin Lannister for the first time while staying calm and hiding her identity. For the first time, while trying to sleep, Arya recites her list of people she wants to kill, which continues to be of major importance in future seasons.

“For the sake of the mother who bore us, I will give you this one night to reconsider. Strike your banners, come to me before dawn, and I will grant you your old seat in the council. I’ll even name you my heir—until a son is born to me. Otherwise, I shall destroy you.” – Stannis Baratheon to Renly Baratheon

There is no Talisa in the novels. She replaces Jeyne Westerling as Robb Stark’s love interest and wife.

“Garden of Bones” starts with yet another victory by the King in the North, as the Stark forces—starting with an attack by Grey Wind—overwhelmingly defeat the Lannisters in the Battle of Oxcross. After the battle, the cold-hearted Roose Bolton suggests the remaining enemy soldiers be killed or tortured, which Robb dismisses because it is not right and because he doesn’t want to give the Lannisters an excuse to torture his men—or his sisters. Then, Robb shows his leadership by helping a wounded enemy that needs his lower leg amputated and meets Talisa, his future wife.

One of the funniest scenes of Game of Thrones was about one of the most serious matters, as brothers Stannis Baratheon and Renly Baratheon were about to kill each other in battle, with both of them looking to take the Iron Throne from King Joffrey. Renly cracked jokes while Stannis was unintentionally funny with his seriousness, and Catelyn was funny herself when she told them, “if you were sons of mine, I would knock your heads together and lock you in a bedchamber together until you remember you’re brothers.” She was right, but the two brothers of Robert Baratheon were too focused on the Iron Throne.