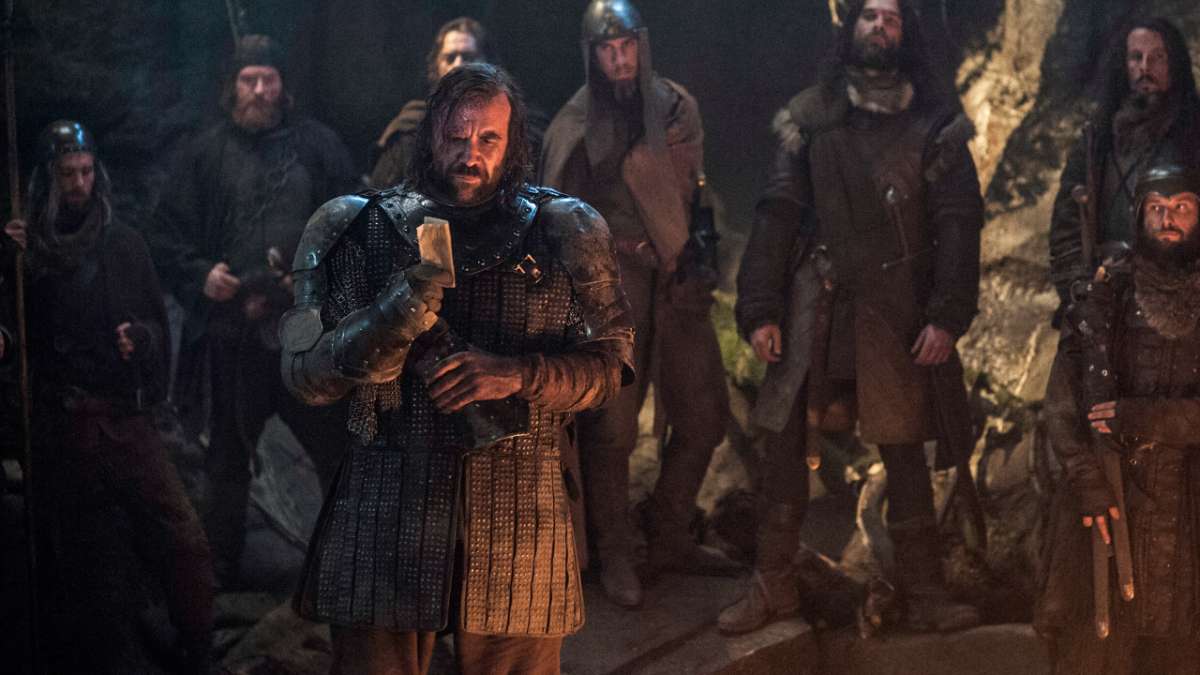 
Previous Episode: “And Now His Watch Is Ended”

The Hound is judged; Jon proves himself; Robb is betrayed.

It’s probably an understatement to say that Jaime has had a rough stretch recently as a prisoner that lost his hand, and he is clearly drained when he starts telling Brienne the story of how he killed the Mad King, which he never revealed to anyone. The Kingslayer opens up after Brienne gives him the look he’s seen for “seventeen years” from those who despise him, saying the Mad King was obsessed with wildfire and loved to watch people burn. When Tywin Lannister and his army arrived promising to protect the city from Robert Baratheon, Jaime knew that wasn’t going to happen (“He’s never been one to pick the losing side.”), so he twice urged King Aerys to surrender peacefully. Instead, the Mad King told Jaime to bring him his father’s head and ordered the pyromancer to “Burn them all.” After that, Jaime drove his sword into the Mad King’s back, never explaining himself to “the honorable Ned Stark.” As Jaime exclaims to Brienne, “By what right does the wolf judge the lion?”, he begins to lose consciousness and whispers, “my name is Jaime” in response to her calling guards for “The Kingslayer.”

In a 2017 interview with Time, George R.R. Martin detailed the process of Beric Dondarrion’s resurrection by Thoros of Myr, stating, “His memories are fading, he’s got all these scars, he’s becoming more and more physically hideous, because he’s not a living human being anymore. His heart isn’t beating, his blood isn’t flowing in his veins, he’s a wight, but a wight animated by fire instead of by ice, now we’re getting back to the whole fire and ice thing.”

There might not be a more just leader than the King in the North, as Robb is outraged when Rickard Karstark and his men murder the Lannister boys that were kept as prisoners. When Lord Karstark is brought before him, he orders his men hanged, and when the lookout pleads for him like by saying he just watched for the guards, Robb wisely orders, “Hang him last so he can watch the others die.” Shortly after, he goes against the advice of Catelyn, Talisa, and Edmure, bringing Lord Karstark out to the courtyard to be executed. Just as his father would, Robb asks if he has any last words, to which Rickard replies, “Kill me, and be cursed. You are no king of mine.” With heavy rain coming down, Robb strikes and beheads one of the top northern lords, walking away in anger. He could have easily listened to those close to him and kept Lord Karstark as a prisoner, but Robb needed justice, further establishing himself as an honorable king.

#ForTheThrone Moment: Tywin sets up marriages for Tyrion and Cersei

To strengthen his hold as the true power of Westeros behind his grandson on the Iron Throne, Tywin Lannister decided to set up strategic marriages involving his two eligible children—remember, Jaime, who was not in King’s Landing anyway, could take no wife as a member of the Kingsguard. Tyrion was to marry Sansa Stark (giving him control of Winterfell), and Cersei was to marry Loras Tyrell (giving her part control of High Garden), and the moment the two siblings that despise each other were told together was amusing. If the Lannisters were in control of both the North and another valuable home like High Garden, they’d have a big chunk of the Seven Kingdoms.