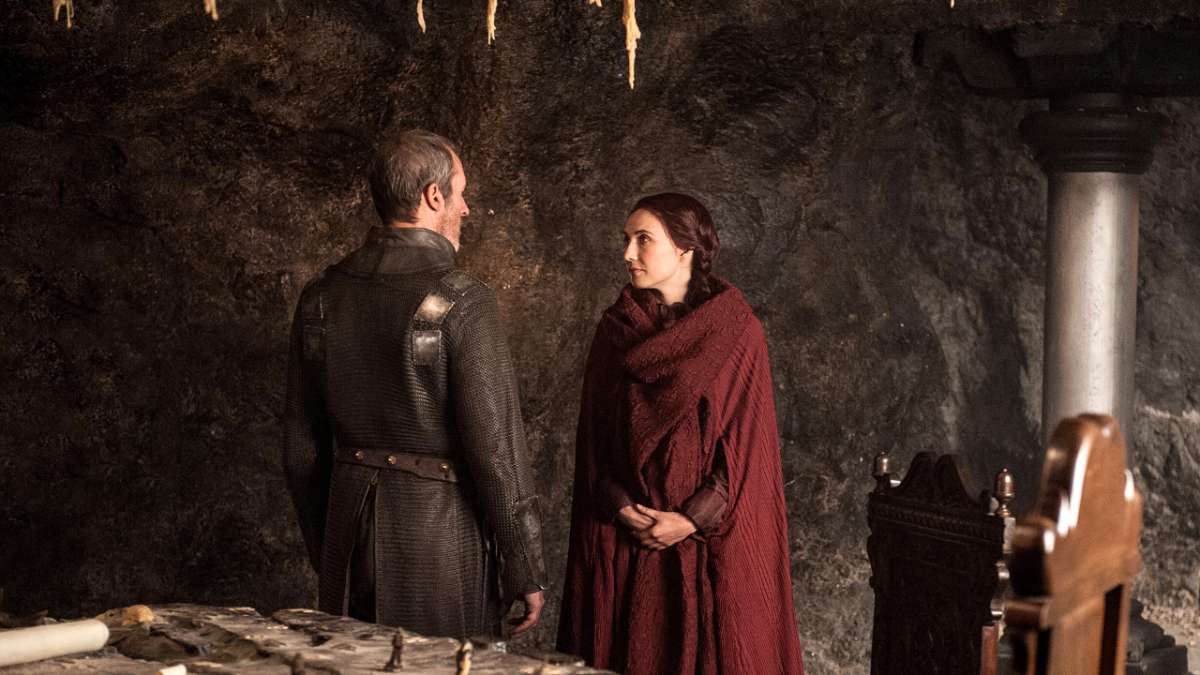 
Previous Episode: “The Bear and the Maiden Fair”

The Season 2 finale gave viewers their first good look at the army of the dead via Samwell Tarly trembling in fear as they marched by him, and he is forced to face a White Walker once again at the end of “Second Sons” when it comes for Gilly’s baby. You know something isn’t right when a bunch of ravens gather and squawk at a nearby Hearth tree—and then it really gets creepy when they suddenly stop. The Night’s Watch member meets and warns the White Walker to stay back, but he simply grabs Sam’s sword to shatter it and throws him aside as he heads for the baby. Before the White Walker can reach Gilly, Sam sprints at him with dragonglass and stabs him in the back, which causes the evil being to dissipate into the wintry air.

“If you ever call me ‘sister’ again, I’ll have you strangled in your sleep.” – Cersei Lannister to Margaery Tyrell

The episode title refers to both: the Second Sons, a mercenary company in Essos, and to Tyrion, the second son of Tywin and Joanna Lannister.

When you’re the first and only person alive to ever kill a White Walker, an episode MVP is well deserved. Sam has come a long way from being frozen with fear in Season 2 when the army of the dead surrounded him, as he doesn’t hesitate to put his life on the line in an attempt to protect Gilly and her baby here. The quick thinking to use the dragonglass not only saves himself, Gilly, and the baby, but also gives him the knowledge that he can spread to others about what can and cannot kill a White Walker.

Gendry was unsure why The Red Woman brought him to Stannis Baratheon, but he soon found out after arriving at Dragonstone. Using leeches, Melisandre drew blood from King Robert’s bastard son before taking the leeches off and throwing them into the fire while naming three “usurpers”: Robb Stark, Balon Greyjoy, and Joffrey Baratheon. Stannis was hesitant to get on board with this, but Melisandre’s magic had proven powerful and was worth giving a shot as he looked to get back in position to take the Iron Throne.