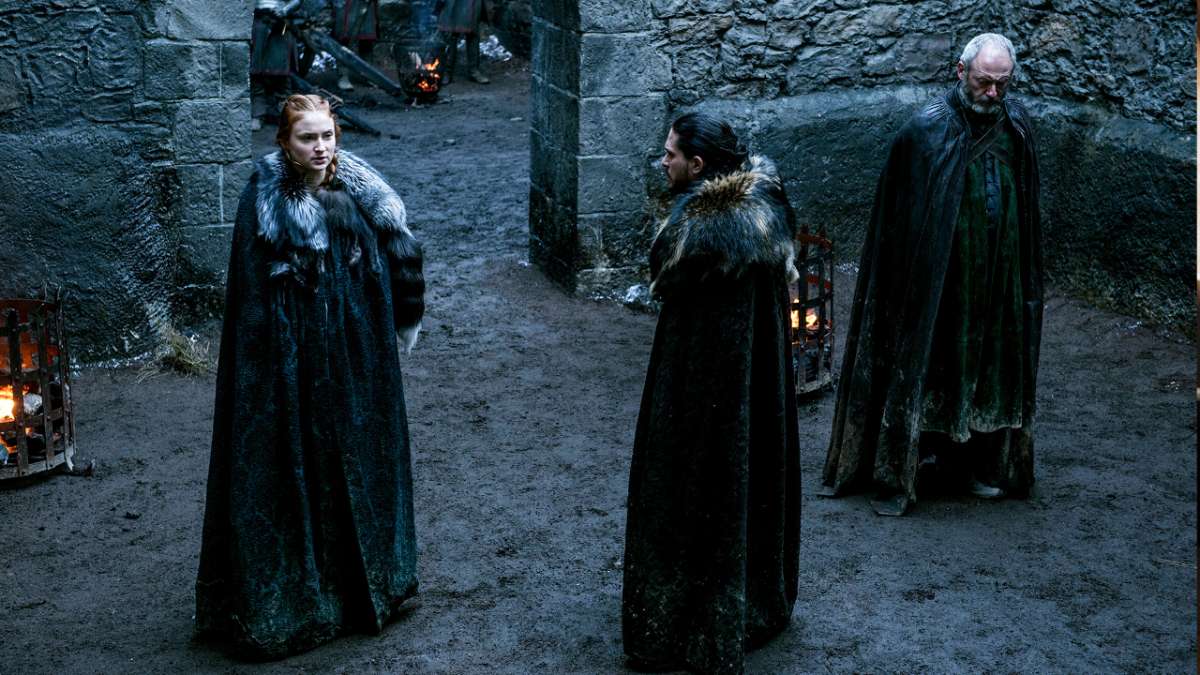 
Previous Episode: “Blood of My Blood”

The High Sparrow eyes another target. The North is reminded.

Best Moment: The Hound is back

There were a lot of notable moments in this episode, from Jaime’s interaction with the Blackfish to Arya’s near death at the hands of the Waif, but the ending is tough to beat. While Sandor Clegane—who was thought to be dead—returned in the pre-credits opening scene of “The Broken Man”, it’s not until Brother Ray and the villagers are murdered that he’s truly “back,” and it’s impossible not to get pumped up to see him grab an axe right before the screen turns black and the episode ends.

“As long as I’m standing, the war is not over. This is my home. I was born in this castle and I’m ready to die in it. So you can either attack or try to starve us out. We have enough provisions for two years. Do you have two years, Kingslayer?” – Brynden Tully

The first time Tyrion (Peter Dinklage) has been absent for two or more consecutive episodes.

We found out a little bit about Lyanna Mormont in Season 5 when Stannis read Jon a letter from her that said, “Bear Island knows no king but the king in the north, whose name is Stark”, and it’s even funnier now that we actually see former Lord Commander Mormont’s niece, who Stannis referred to as a “wretched girl.” When Jon, Sansa, and Ser Davos seek men to fight from Bear Island, Lady Mormont is clearly wise beyond her years and not at all overwhelmed by her role, as she questions them and isn’t afraid to be blunt. Davos is eventually able to persuade her to lend her men to the cause, and she proudly states the amount of men Jon can expect: “62.” Lyanna alleviates their concerns about the small number by saying, “We’re not a large house, but we are a proud one. And every man from Bear Island fights with the strength of ten mainlanders.”

After making the decision that they would attempt to take back Winterfell from Ramsay Bolton, Jon Snow and Sansa Stark needed a bigger army than just the Wildlings. The two supposed siblings attempted to rally northerners to their cause, but it was a struggle to get some Houses to commit to fight against the Bolton army. Thankfully, Davos Seaworth, who had some experience making convincing speeches (like on behalf of Stannis Baratheon at the Iron Bank), did it again in front of Lyanna Mormont to secure 62 soldiers from Bear Island. As Davos highlighted during his plea, a divided North would never beat the White Walkers—they needed to take back Winterfell in preparation for the bigger war to come.