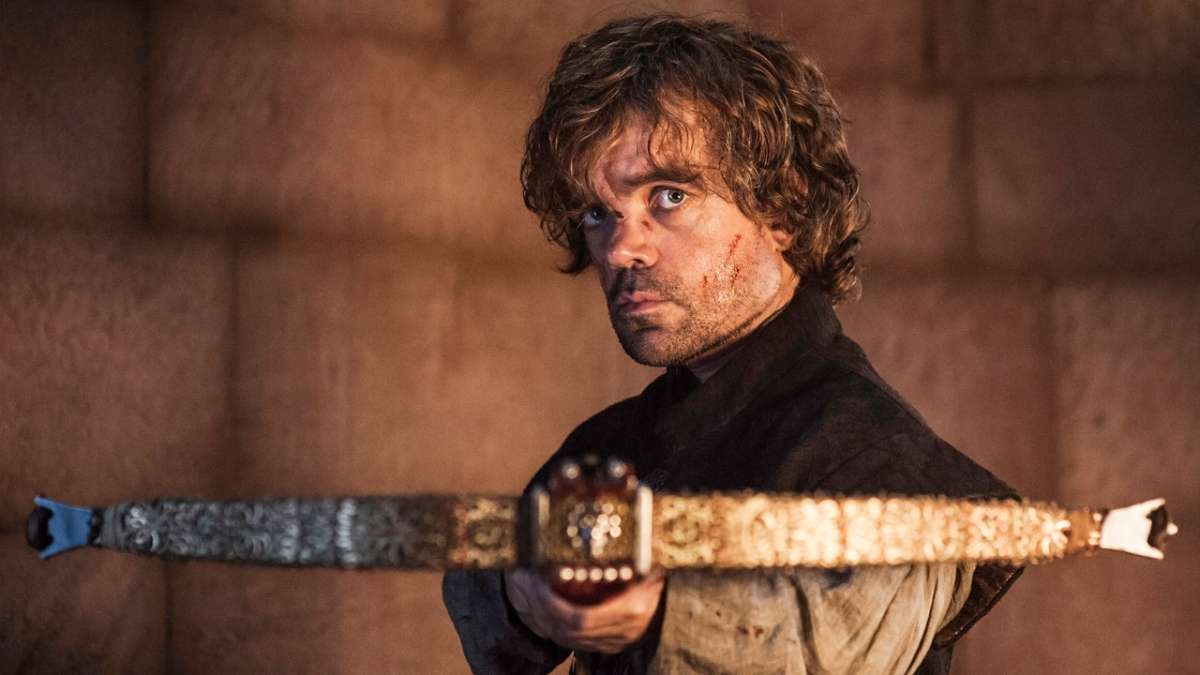 
Previous Episode: “The Watchers on the Wall”

Season Four Finale. An unexpected arrival north of the Wall changes circumstances. Dany is forced to face some harsh realities. Bran learns more of his destiny. Tyrion sees the truth of his situation.

There were plenty of great moments in “The Children”, including Jon Snow traveling beyond the Wall, Danaerys locking up her dragons, Brienne fighting The Hound, and Bran reaching the Three-Eyed Raven, but Tyrion’s escape was difficult to top. With the help of Jaime and Varys, the imprisoned Lannister was set to get on a boat and out of King’s Landing, but when he sees Shae in Tywin’s bed, he ends up strangling her for betraying him. Then, Tyrion grabs Joffrey’s crossbow and looks for his father in the privy, where the two have a conversation in which Tywin tries talking his way out of the situation, but he insults his son one too many times, leading to a couple bolts in the abdomen—and the death of the most powerful man in Westeros.

This episode, where Tyrion kills his father Tywin, aired on Father’s Day 2014.

This could go to Tyrion for escaping or Dany for making an extremely difficult choice, but Jon Snow was literally willing to die by assassinating Mance Rayder because he knew the Wildling army would fall apart without their king. It didn’t come to that because Stannis and his army arrived, but walking into death to save the Night’s Watch is about as honorable as it gets. Also, we see that Stannis really respects Jon because of who his father is, and he asks and utilizes the advice of the northern bastard based on that respect when Jon advises him to let Mance live because he treated him well when he was his prisoner.

Stannis Baratheon swiftly defeating Mance Rayder’s army is a big #ForTheThrone moment, but the huge significant death of “The Children” comes when Tyrion kills his own father. With Tywin eliminated, there was an obvious power void in Westeros—a void that weakened the power of House Lannister and the Throne, as is displayed when King Tommen basically becomes powerless in Season 5. Meanwhile, Tyrion would go on to advise Daenerys Targaryen while the young queen looked to take the Iron Throne.