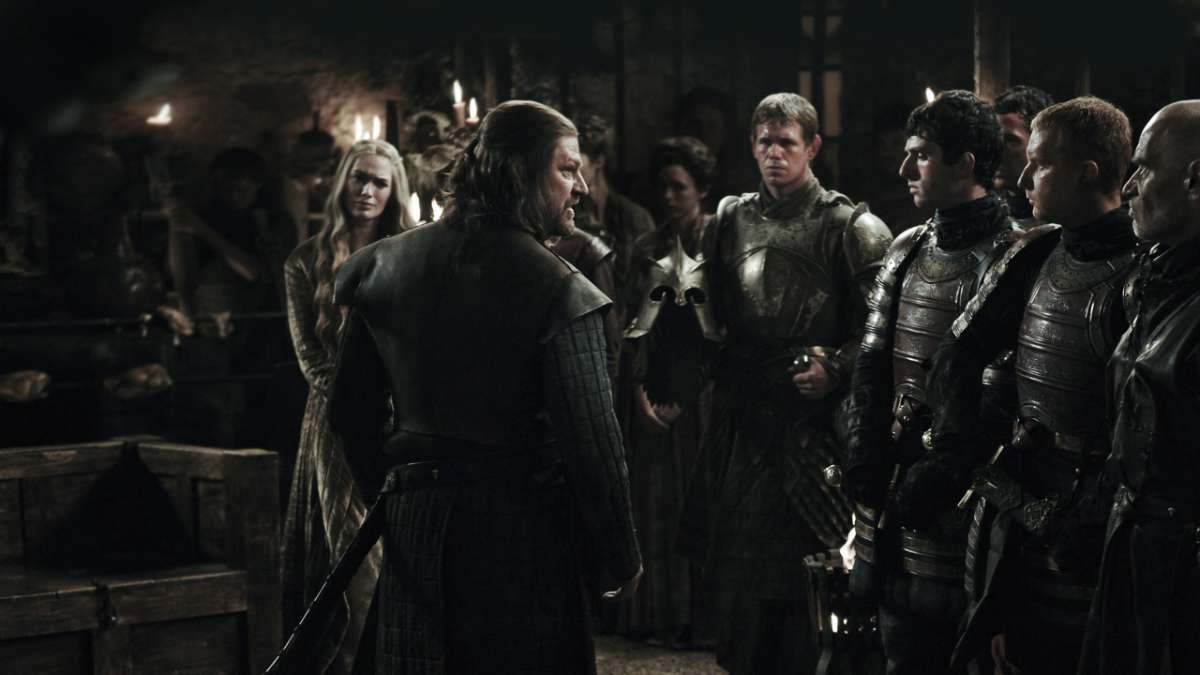 The first death of the series that breaks the heart of viewers is actually that of Sansa’s direwolf Lady, as after Nymeria (Arya’s direwolf) bites Joffrey and runs off, Cersei demands that the “beast” be killed. Ned wants to plead with King Robert to be fair and not have Lady executed, but he walks out, prompting Lord Stark to put the blade to the direwolf himself because, as he says, “The wolf is of the North. She deserves better than a butcher.” After Ned comforts a scared Lady before killing her, Bran awakens back at Winterfell to end the episode, showing there might be some connection because the direwolves and the Stark children—or that only death can pay for life.

“There’s great honor in serving the Night’s Watch. The Starks have manned the Wall for thousands of years, and you are a Stark. You may not have my name, but you have my blood.” – Ned Stark to Jon Snow

After the events in this episode, Lady (real name Zunni) was adopted by actress Sophie Turner, who plays Sansa Stark.

Not only did Ned handle the situation with the direwolves as well as he possibly could, but he also has a couple of extremely important conversations along the Kingsroad. First, he assures Jon Snow that he is a Stark, which undoubtedly gives the supposed bastard confidence. And later, when the King says, “I will kill every Targaryen I get my hands on,” we know why Ned needs to protect Jon’s true parentage, which isn’t fully revealed until the Season 7 finale.

#ForTheThrone Moment: Ned declines to tell Jon about his mother

As Ned Stark sees Jon Snow off to Castle Black before heading to King’s Landing, the supposed bastard son asked about his mother. You could see the emotion on Ned’s face thinking about his sister Lyanna and the fact that Jon still doesn’t know the truth about his mother, but all he could do was promise to tell Jon about her next time they speak. If Jon being a Targaryen didn’t put Robert Baratheon’s claim to the Throne—and Jon’s own life—at stake, perhaps Ned would have told the future King in the North right there, or much earlier; but #ForTheThrone, that simply couldn’t happen.