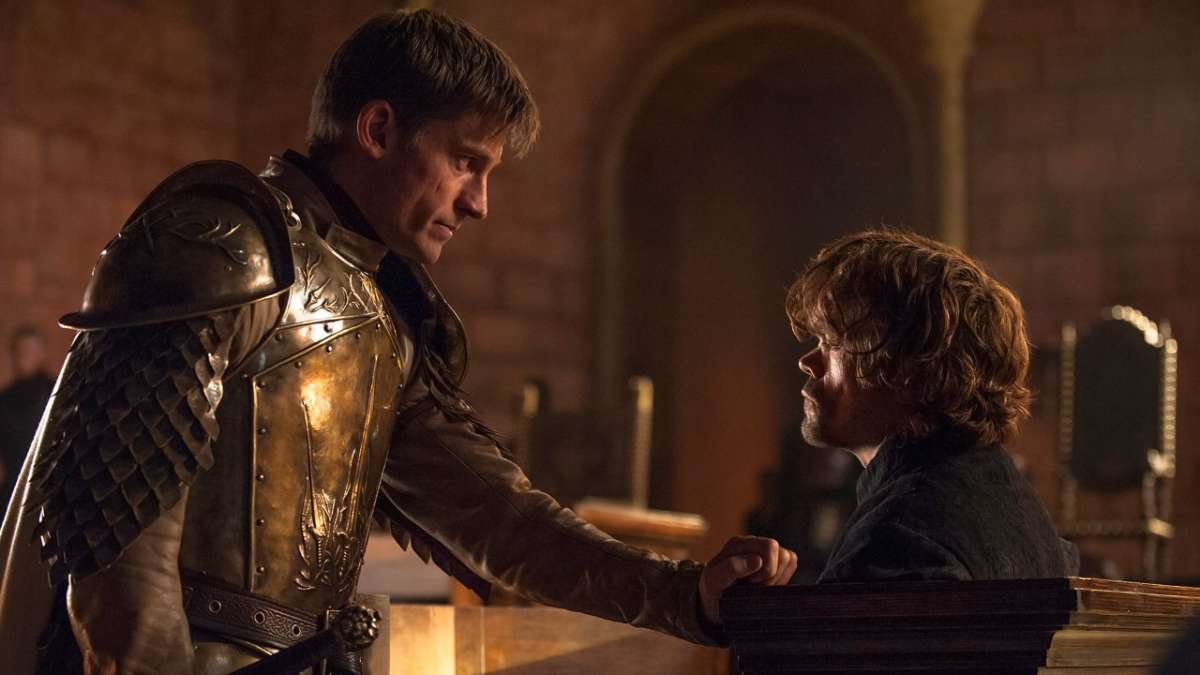 ‘Game of Thrones’ #ForTheThrone Countdown: “The Laws of Gods and Men” (S4E6)


Previous Episode: “First of His Name”

Stannis and Davos set sail with a new strategy. Dany meets with supplicants. Tyrion faces down his father in the Throne Room.

After being advised by Jaime to enter a formal plea for mercy after he is found guilty, Tyrion appears set to accept his verdict and be sent to the Wall—until Shae is called in as a witness and completely lies, claiming Tyrion plotted Joffrey’s murder with Sansa, which breaks his heart. Tyrion then basically went into a controlled rage, as he had enough of all the deceit and lies in front of a crowd that wants to see blood but do not know he actually saved their lives at Blackwater. His demand of a trial by combat is one of the most stunning endings to a Game of Thrones episode, as the Lannister father and son stare each other down with contempt as “The Rains of Castamere” plays to and through the credits.

“I will not give my life for Joffery’s murder and I know I’ll get no justice here, so I will let the gods decide my fate… I demand a trial by combat.” – Tyrion Lannister

When asked at the Iron Bank how old Tywin is, Davos says that he is 67. Charles Dance, who plays Tywin, was 67 years old at the time of broadcast.

Clearly, Jaime wanted to keep his spot in the Kingsguard so he can remain in King’s Landing with Cersei, but he was prepared to give that up with his little brother’s life on the line. Though an enraged Tyrion went on to demand a trial by combat, Jaime did his part and was willing to basically sacrifice the life he loves so that Tyrion could remain alive—even for what wouldn’t be the ideal life at the Wall in the Night’s Watch. Also, the end of the conversation with Tywin shows that Jaime takes his word seriously when he tells his father, “You have my word,” which comes back in play once Daenerys, Jon Snow, and company want to fight the Army of the Dead together with the Lannisters in Season 7.

#ForTheThrone Moment: Stannis and Davos go to the Iron Bank

Tyrion’s trial in the Throne Room at King’s Landing headlined “The Laws of Gods and Men”, but Stannis Baratheon was plotting to play the long game and eventually take the Iron Throne after saving the Seven Kingdoms from the threat up North. The next step for Stannis was to convince the Iron Bank in Braavos to fund him, a request which was flatly denied at first. However, Davos Seaworth was able to convince Tycho Netoris and the two other bankers that Stannis is the only reliable leader left in Westeros, given that his king is in his prime while Tywin Lannister is 67 and would leave a huge hole if he dies. Stannis’ chances to take the Iron Throne might have quickly died down without funding from the Iron Bank.