Home / frontgames / ‘Game of Thrones’ #ForTheThrone Countdown: “The Lion and the Rose” (S4E2) 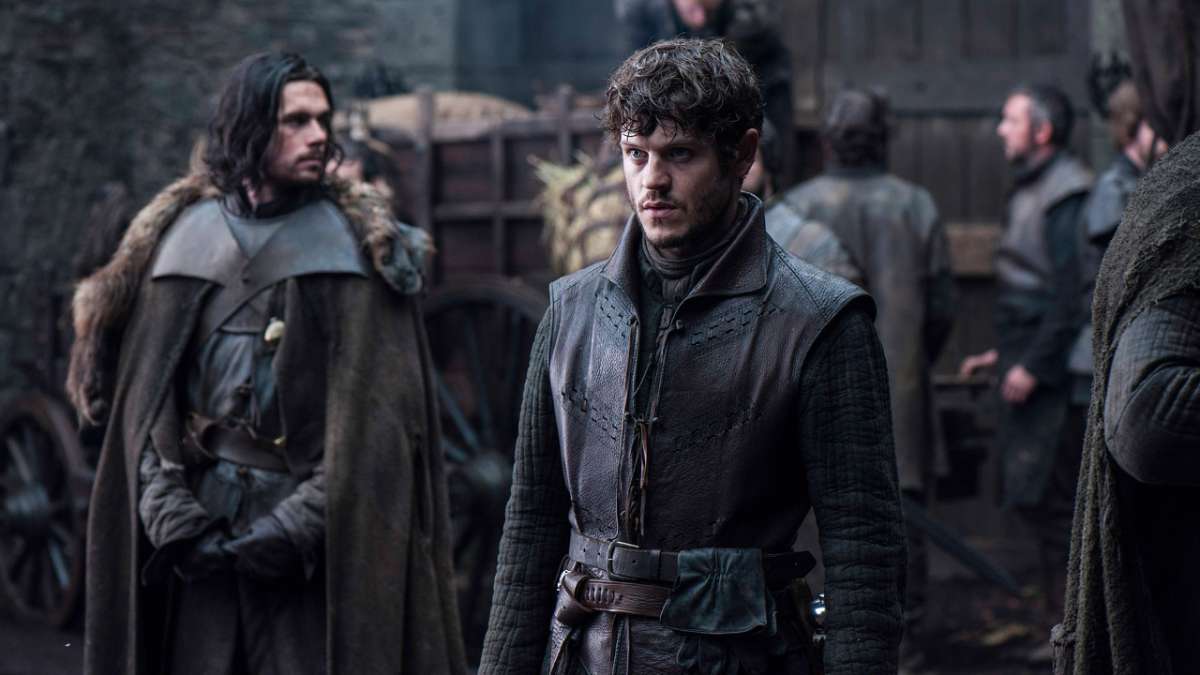 ‘Game of Thrones’ #ForTheThrone Countdown: “The Lion and the Rose” (S4E2)

The Lannisters and their guests gather in King’s Landing.

A grand-scale wedding between King Joffrey and Margaery Tyrell is the main setting for “The Lion and the Rose”, and unsurprisingly, Joffrey is at his absolute worst with a crowd to impress (as he sees it). The newly-married King is basically allowed to do whatever he wants because it’s his day, so he has a distasteful show with dwarfs to perform an altered-history version of the War of the Five Kings, but that’s not as bad as his overall treatment of Tyrion, as pours wine on his head and tries to humiliate his uncle by making him his cupbearer. However, things take a shocking turn when the King begins choking and collapses to the ground, and it’s clear he’s been poisoned when Cersei and others rush to his aid. Even after the awful actions of Joffrey over the course of the show, it’s difficult not to feel bad for him as his face turns an ugly purple and he gasps for air, especially since—even considering his evilness—he’s still basically a kid. Of course, Joffrey naturally blames Tyrion by pointing at him in his final moments, and Cersei does the same by screaming, “He did this. He poisoned my son, your king. Take him. Take him! TAKE HIM! TAKE HIM!”

“If you were to marry Cersei, she’d murder you in your sleep.” – Jaime Lannister to Loras Tyrell

King Joffrey’s wedding has been nicknamed by fans as the “Purple Wedding”, referring to the wine used to assassinate Joffrey and the amethysts on Sansa’s special hairnet (changed to a necklace of blue stones in the show), as well as to draw a parallel with the infamous Red Wedding. The nickname has become so popular that even George R.R. Martin and the HBO production team have been known to use it. The term is never used in the novels, though.

The evil actions of Joffrey in this episode only highlights the goodness of Margaery, as she keeps the celebration going through her new husband’s childish antics. She might have even potentially saved Tyrion’s life when Joffrey demanded him to kneel and she broke the tension by exclaiming, “Look, the pie!” Also, when Cersei tells Grand Maester Pycelle to give the extra food from the feast to the kennels, he tells her that Margaery already said it’s being given to the poor, which shows the difference between the two queens. Perhaps most importantly, she doesn’t have to consummate the marriage and/or stay married to Joffrey after his death.

Obviously, someone wanted the King dead—and succeeded in killing him—so that’s a huge #ForTheThrone moment. Whether it was for revenge or as a move for power, it’s a mystery as to who poisoned King Joffrey at this point; and we later find out it was Olenna Tyrell, who wouldn’t let her granddaughter Margaery marry a monster—she would instead marry a much more affable and controllable king, Tommen Baratheon.